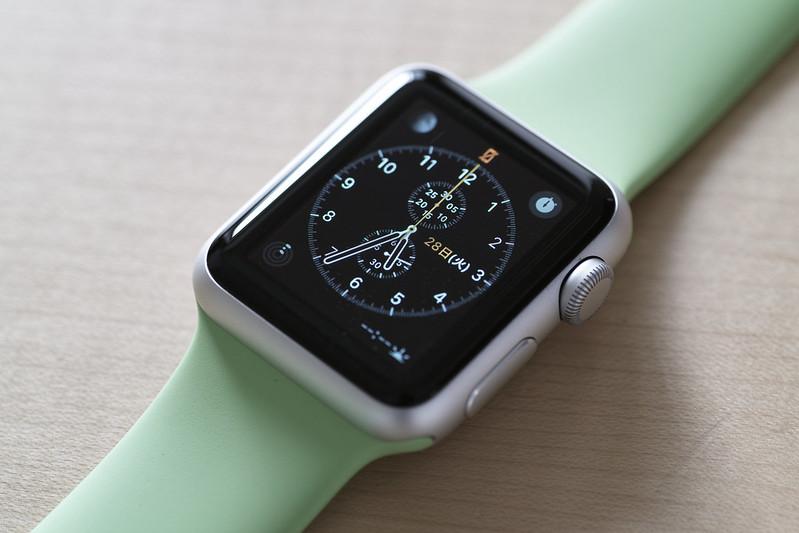 Cyclist swept down flooded river rescued – thanks to his Apple Watch

A cyclist who was swept along a flooded river in Hereford for a mile was rescued last Thursday thanks to being able to call 999 on his Apple Watch.

The rider managed to cling onto the branch of a tree in the swollen River Wye before calling the emergency services, reports BBC Hereford and Worcester.

He said that the cyclist, whom he described as “lucky” after surviving being swept into the fast-flowing river, had been seen by passers-by who managed to give emergency personnel an idea of where he was located.

“Even with that location it still took us 20 minutes to locate him and rescue him and bring him to safety,” said Station Commander Bailey.

“He was speaking to our fire control whilst he was clinging onto a tree, via his Apple watch, which worked wonderfully well for us to actually get to him as quickly as possible.

"Our guys are very well trained for this sort of event, but we can't replicate those situations, the high river levels that you get when it's in full flood,” he continued.

“He is a very lucky man to have been able to get hold of a branch and then spend probably 20 minutes in the water whilst he's clinging onto that branch, we're very surprised he didn't lose his grip.

“It's one of those things where your natural instincts, adrenalin, kicks in in order to be rescued.”

There was no report of the fate of the rider’s bicycle.

Two years ago, we reported how a rider in the United States who was knocked unconscious in a fall from his bike was found after his Apple Watch detected a ‘Hard Fall’ and automatically notified his family and the emergency services.

Another tech-enabled rescue made the headlines in 2018 when Trek-Segafredo sports director Steven De Jongh was knocked out following a crash on a training ride in Spain.

His wife, Renée Meijer, posted on Twitter that he had gone missing, along with details of his last known location according to his Strava activity log and he was found later that day and taken to hospital for treatment.

1
Police officer caught on camera telling cyclists to ride in single file to be given "education around traffic offences"
2
Cycling UK slams Government and threatens legal action for "excluding" cyclists and horse riders from new Wainwright Coast to Coast National Trail
3
Snake Pass section shuts to all road users... but cyclists can still reach the summit (and turn back around)
4
Why was Mark Cavendish riding with Lance Armstrong this week?
5
Five-year-old boy killed after van driver knocks him off bike
6
Want the “fastest socks on the planet”? They’re yours for €1,000 + more tech news from Campagnolo, Rapha, Van Nicholas...
7
Near Miss of the Day 827: Bus driver “bullies his way into a gap that was never there”.
8
Cyclist hurt after eggs thrown at her by car passenger