Like much of the cycling world Rapha are in Yorkshire this week hanging out in Harrogate enjoying the Road World Champs and as you’d expect they’ve created a range of special Yorkshire themed kit to celebrate that fact.

The mini range comprises mens and women’s Yorkshire Classic Flyweight Jerseys at £90 a pop; a rather natty cotton Yorkshire Musette at £20; a Yorkshire cap (no, it’s not flat - they missed a trick there) also £20; and a Yorkshire t-shirt at £30. The print design for the jerseys, cap and bag are derived from the Dales according to Rapha - think cubist puddles – they look pretty snazzy actually. The jerseys are made from a light weight, high wicking material so if you’re actually wearing one in Yorkshire don’t forget to stick a good thick vest on underneath. And pack a waterproof.

A Facebook user in the United States has posted about how the Apple Watch his father was wearing when he was knocked unconscious while riding his bike not only notified the family of the incident, but also automatically called 911 to summon emergency services to the scene.

Gabe Burdett had arranged to meet his father Bob for a Sunday afternoon bike ride earlier this month when he was notified that his father had been involved in a 'Hard Fall,' detected by the Apple device, which also alerted emergency services.

Luckily, Bob had set up his Apple Watch to make those notifications, with the website Tech Lapse explaining here how that can be done.

December 2012 was a month when Sir Bradley Wiggins was in the public eye - beyond the cycling world - as never before.

The end of a year in which he became the first British rider to win the Tour de France and followed that up less than a fortnight later by winning his fourth Olympic gold medal as he took the time trial at London 2012 saw him voted BBC Sports Personality of the Year, as well as being knighted in the New Year's Honours List.

If you've been following him recently on his Eurosport podcast, or during his appearances in the network's coverage of the Tour de France and, more recently, the Vuelta, you've probably noticed that Wiggins in 2019 seems more at ease with himself than he did back then.

He's now revealed on his podcast that he has smashed both that Sports Personality trophy, as well as well as the medal he received when the Queen knighted him at Buckingham Palace back in 2013.

" I smashed my Sports Personality trophy, I smashed my knighthood in front of my kids and chucked them in the flower bed to make a point to them," he said.

"I wanted to show them that it's not the material items that we now polish on the mantelpiece for the rest of our lives to elevate dad in our household as something special."

An avid collector of cycling memorabilia - £45,000 for a Giro d'Italia winner's jersey anyone? - plus in the past, guitars and classic scooters, among other things, Wiggins has certainly had a good few of those materialistic baubles to polish in his time.

He's possibly the most complex figure in British sport of the past 40-odd years, with perhaps only Paul Gascoigne challenging him for that title.  By destroying those baubles, will he have found a bit more peace in himself?

Antonio Tiberi, dubbed the ‘New Nibali’ by the Italian press, overcame a disastrous start in Harrogate this afternoon to win the Men’s Junior Time Trial title at the UCI Road Cycling World Championships.

Immediately after rolling down the start ramp, the 18-year-old realised his cranks were broken but kept supreme coolness to place his bike next to his team car at the first corner, waiting patiently for the mechanic to hand him a spare bike.

Nightmare start for Antonio Tiberi - he’s had to change bike before even getting round the first corner!

Respect for keeping so calm in such a high stress situation. #Yorkshire2019 pic.twitter.com/OE4RnUzjNT

The incident cost him a huge amount of time before he had hardly begun the two laps of the Harrogate circuit, and at the first time check he clocked what would be the 25th quickest time of the day, 35.56 seconds down on the fastest.

Many riders would have given up after that disastrous start, but not Tiberi, who rode a stunning time trial that had him in the hot seat as the final group of riders set off, including his compatriot and defending champion Andrea Piccolo, the defending champion.

None would better Tiberi’s time, however, with Enzo Leijsne of the Netherlands finishing second, 8 seconds down on the Italian’s time of 38:28, with Germany’s Marco Brenner taking bronze, 5 seconds further back.

As reported earlier today on the live blog, there was drama in the Women’s Junior Time Trial too, with the Russian rider Aigul Gareeva going the wrong way on the final right hand turn and ending up in the deviation where race vehicles are directed, but fortunately having enough in hand to win the rainbow jersey by 4 seconds.

With the Cambridge Festival of Cycling in full swing, Satuday saw more than 100 riders take part in Camcycle's Cargo Carnival, enjoying a party atmosphere on Lammas Land and riding in procession through the city centre.

A little taster of the AMAZING #CargoCarnival we held today as part of the Cambridge Festival of Cycling. Thank you so much to everyone who came as a cyclist, visitor, trader, guest or volunteer - we had such a brilliant day pic.twitter.com/WhQ9ZpfecO

The charity's executive director, Roxanne De Beaux, said: “On the weekend of World Car-Free Day, it’s been great to show Cambridge just how versatile cycling can be as a replacement for many car journeys.

There have been so many different types of cargo bike here, as well as tandems, trailers, child seats, baskets and panniers.

We hope it has inspired more businesses and families to choose cycling as an efficient and cost-effective way to get around town.” 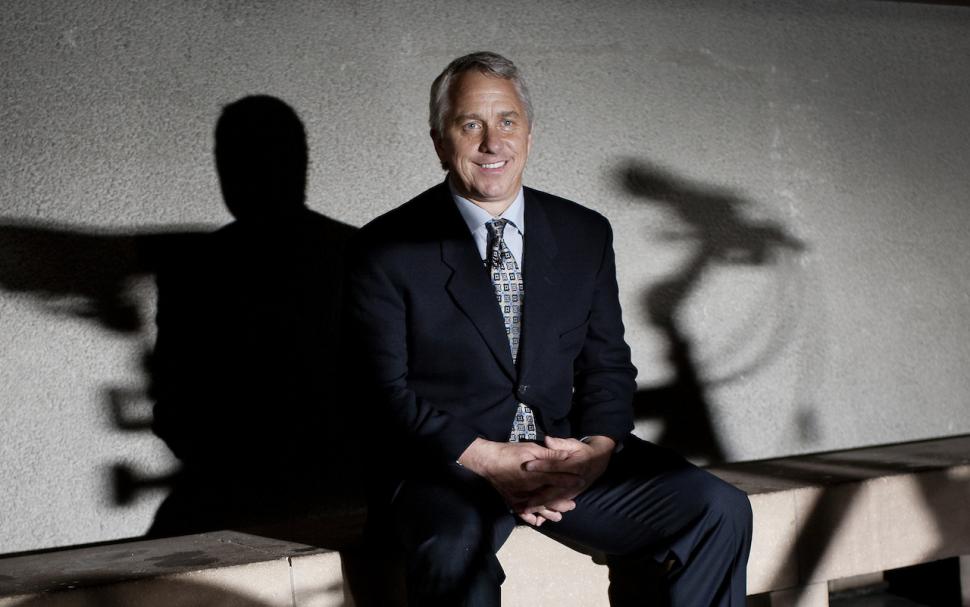 One of America's greatest ever cyclists will be honoured with one of his country's highest civilian awards.

The three-time Tour de France winner will be recognised for 'distinguished achievements', though the House's approval is subject to passing a vote in the Senate and then final approval must be granted by Donald Trump.

This amazing edit was created by Tannus Armour for International Dog Day.

It's amazing how fast the dogs are over such rrruff terrain! 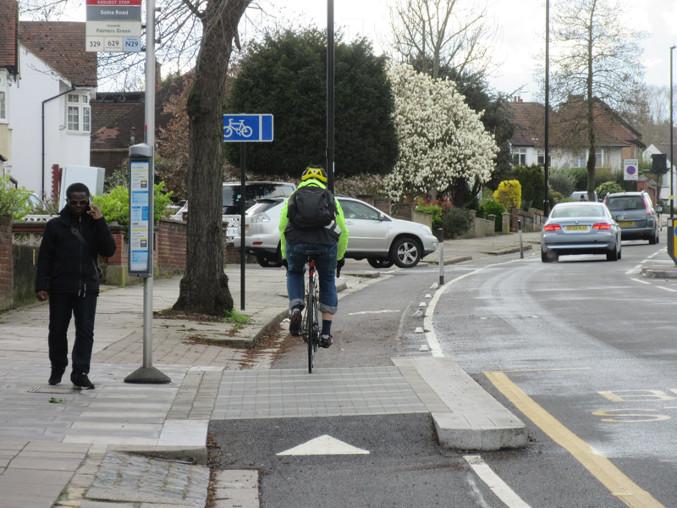 Plans costing £13.4m to introduce cycle-friendly changes to select routes in Manchester have been met with 69% approval from local residents.

One feature that is going to be used on a trial basis is the 'Copenhagen-style' bus stop pictured above.

The 5km route will link with current routes, taking people right into the city centre. The scheme looks set to include large sections of segregated cycle and walkways alongside updated crossings that will better serve cyclists.

If only all local councils were this proactive around cycling infrastructure.

You can see the results here

Russia’s Aigul Gareeva took a wrong turn in the Junior Women’s Time Trial at the UCI Road World Championships in Harrogate this morning – but still managed to win the gold medal.

Gareeva, one of the final riders out on the course, had been set to shatter the best time set moments before by the Dutch rider Shirin van Anrooij and still beat here with more than 3.61 seconds in hand despite going straight on at the final corner.

The mistake happened at the point on the course, the deviation, where vehicles are required to exit, with the Russian going straight on despite the marshal signalling for her to go right. She immediately realised her error, the mistake costing her 10-15 seconds.

Great Britain’s Elynor Backstedt, who nearly crashed early on after her back wheel slid out on a corner and she almost hit the barriers, finished 10.93 seconds behind the winner to take the bronze medal for the second year running.

Meanwhile, in Italy over the weekend our David took part in the Jeroboam gravel race. Here's a little video teaser ahead of a full report and in-depth video, as shot from his handlebars. Really shows the wide range of trails used.

Today was London’s biggest ever #CarFreeDay! London stood with cities all over the world in reimagining our amazing city without cars and embraced walking, cycling and even dancing #LetLondonBreathe pic.twitter.com/cqDyp9q9xn

We might have giggled at their TT helmets earlier, but these are some incredible stats.

Archibald stormed around the course with Harry Tanfield and Dan Bigham at an average speed of 44.6kph. The weighted average power of 400W for 18min29sec is tiring just to think about!

Go give him some kudos!

@trekcxcup has been hot and dry in its short history while it seems @jinglecross has been blessed with thunder showers during its World Cup tenure. Well this time the cross conditions everyone hoped for arrived in Waterloo. Beautiful and epic racing amongst the stars of cross. Huge congrats to @katkanash for the win. Much respect to @maghroch for fighting to keep the World Cup points competition close. So many stories in the fight for the podium

It was a tad muddy over at the 2nd round of the UCI World Cup CX in Waterloo, USA.

Rising British star Evie Richards slogged her way through the heavy mud to take third in the elite women's race while Eli Iserbyt and Toon Aerts swapped the lead of the men's race before Iserbyt broke free to take the win.

Might as well just throw that skinsuit in the bin though. No amount of Vanish will fix that.

Wow! Crazy days in America with two Worldcup wins. Thanks to @pauwelssauzen_bingoal staff and all the others for the support (Belga/@cyclephotos)

If you think the #POC road helmet is a nine on the ugly scale, their aero helmet goes to eleven.

POC's TT lid isn't exactly a looker but it did help the British mixed relay team to a bronze medal yesterday.

But does this go a bit far? Have you seen an uglier helmet?

Comments and photographic evidence below, please.

So, Van der Poel looks to be in decent form ahead of the Yorkshire Worlds next weekend.

Here he is casually dropping Sagan and Van Avermaet up a cobbled climb without looking remotely bothered.

Hahah the UCI declares once again the war on long socks at the World Championships in #Yorkshire19. This must be the silliest task during this week. pic.twitter.com/4i376AJUTB

And no, it's not doping as you and I know it. This is sock doping and it seems to be the biggest threat to cycling's future since the Festina scandal.

We've already heard about one way to beat the testers. Once the rider has pulled their socks down in the warmup area and had the ok from the commissaires, he/she simply rolls to the start line and pulls them back up again. The genius that came up with this workaround is called Michele and he said he knew a few more tricks for other UCI tests...