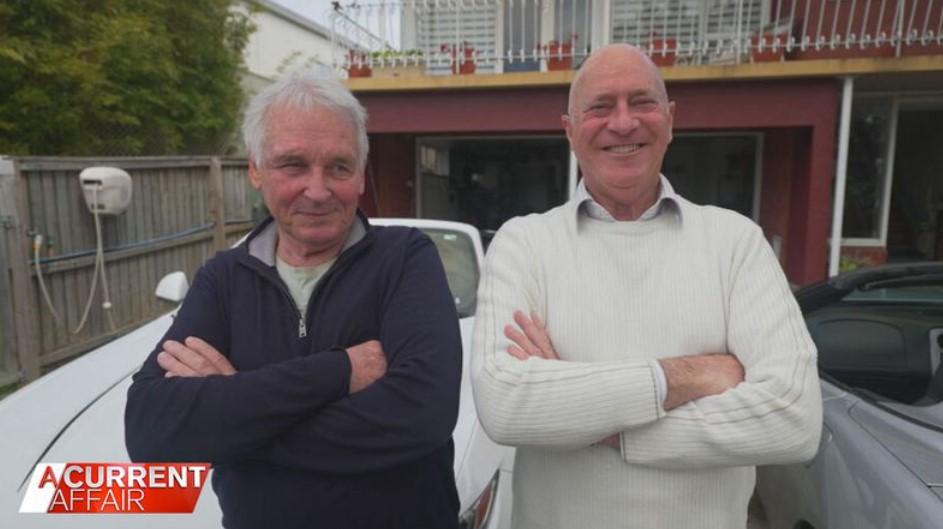 A cyclist in Australia says a driver who knocked him off his bike helped save his life, after doctors treating him in hospital following the crash in Sydney, New South Wales, discovered he had a potentially fatal heart blockage.

Talking on the Channel 9 show A Current Affair, 69-year-old Kevin McGuire revealed that he and the motorist involved in the collision, Doug Cohen, had become firm friends since the crash after finding out they have an awful lot in common.

Cohen – who like McGuire is retired – had put on his brakes as he pulled over to phone an estate agent just as the cyclist was passing his car.

“I thought I was in a science fiction movie, where someone had been picked up by aliens and dropped on the bonnet of the car,” said the driver who – for some reason that remains unexplained – had failed to see the rider.

McGuire, who does a 40km ride every day around the city’s Northern Beaches and who captured the incident on his helmet camera, hit the road surface face-first.

“I didn't feel too bad,” he said. “I thought I would get back on the bike and finish the ride home.”

But it was when he was being treated for his wounds that doctors broke the news of his heart valve problem to him, necessitating five hours of open heart surgery.

“It’s not letting blood through and they said if they, ‘leave it like that, you will die’,” he said.

“The cardiac team was putting me under for the skin graft, I was more concerned then, looking up saying, ‘this might be the end’,” he said, adding, “If I had to summarise my life, it would be a life of dodging bullets.”

His wife called Cohen afterwards, to thank him.

“It was a close call, so good things can come out of bad situations which is amazing,” he continued.

McGuire rang him back and said, “Doug, sorry to spoil your morning like that.”

As the pair chatted, they realised that they had a lot of common interests.

Cohen said: “I think there is a little bit of a kindred spirit there, because we've both got Jack Russells and both got sports cars and they’re both convertibles and we’ve both had heart surgery," Cohen said.

After his close call, McGuire also has advice for other men.

“There were probably five or six events where I had run out of breath and had to stop and sit on the side of the road for a while,” he said. “I just thought it was a 69-year-old getting old.

“Just enjoy life while you've got it, it's easily snuffed out and you don't get much warning,” he added, urging men of his age to get their health checked out.