Winning or minging? A gallery of THAT EF Pro Cycling kit; Simmons ‘sorry’ for THAT tweet; Stationary objects attack Edinburgh cars; Brajkovic says racism was endemic at Bahrain-Merida in 2017 + more Well, now ... that Rapha + Palace kit that EF Pro Cycling will be wearing at the Giro d'Italia over the next three weeks has certainly polarised opinion on cycling Twitter ... just take a look at the replies to this tweet from team boss Jonathan Vaughters, then go through the gallery of pictures from the team presentation and let us know what YOU think. Winning or minging? 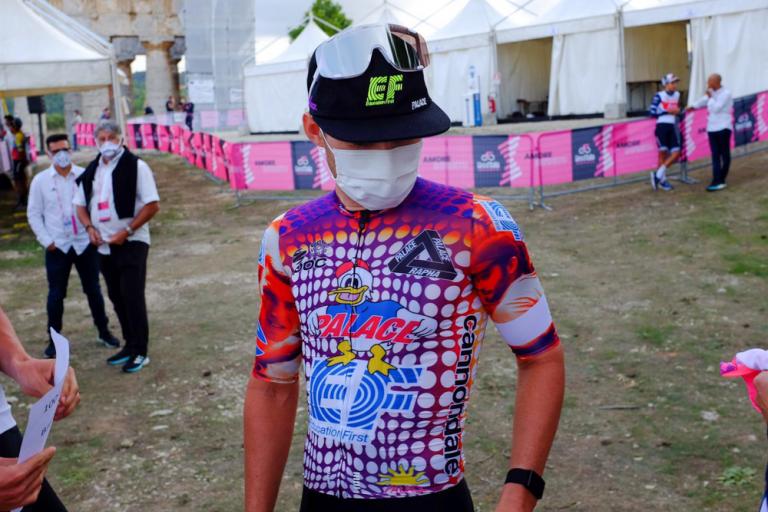 Downhill TT. I feel like I’m about to find my real calling within cycling on Saturday.
•
The Giro TT speed record is 58kph, my mildly ambitious modelling has us breaking that on Saturday. Then I put in Ganna numbers and I think he may crack a 3 figure avg speed in imperial units pic.twitter.com/FItPmYknZM

A 43-year-old Swindon man who has mental health issues and autism had his bike taken out of his hands outside St Barnabas Parish Church in Gorse Hill.

The Swindon Advertiser reports that the man has been staying at the SW Bed and Breakfast in Malvern Road.

Owner Sara Wheeler said: “I’ve cared for him over the last nine months and he’s become part of the family. We bought the bike in July and he loves it. On the day it was stolen he had a bad mental health episode and he took it with him to the church.

“As he was sat down a man went up to him and said ‘I’m taking that’ and walked off with it in broad daylight. He was so upset and so angry, it took him a while to save up for that bike and now it’s gone.”

She added: “I was mortified when I found out someone had taken advantage of someone who is vulnerable. He sees the bike like a child sees a teddy bear. It’s so important to him and I just hope we can get it back.

“I saw it a couple days later and saw this kid with it who was between 15 and 17-years-old. He was with an older gentleman. They were tethering it up to one of the rubbish bins just opposite the Beijing Chef (in Cricklade Road).

“I couldn’t dump my car anywhere and go look at it, I just couldn’t do anything about it.”

A spokesperson for Wiltshire Police said the incident occurred on Tuesday, September 15.

“It is reported that the man was sat on the wall of the church at approximately 2pm when it is alleged he was approached by another man who has taken the bike and left with it.

“The bike is a dark green Vengeance bike with a 32-inch frame and has bright green writing on the wheels. Anyone who may have seen the incident, or may have seen the bike since or on an online marketplace is asked to call 101 and quote crime reference number 54200094715.” 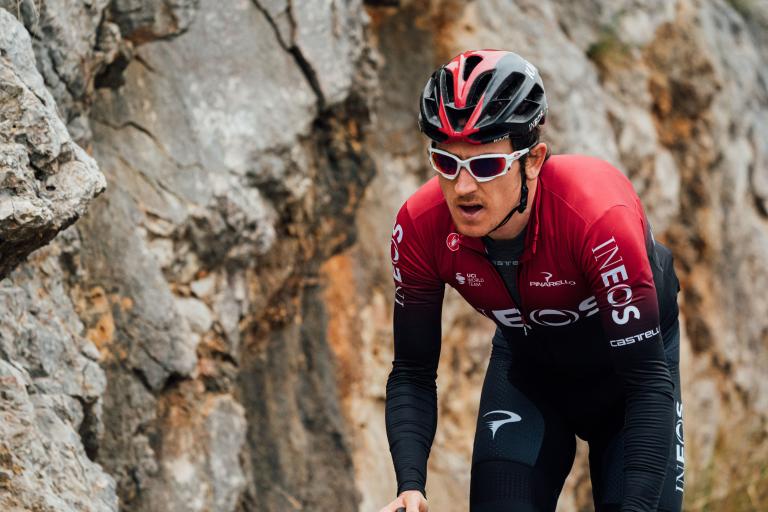 Geraint Thomas, who is riding the Giro d'Italia for the first time since 2017, will be supported by Jonathan Castroviejo, Rohan Dennis, Filippo Ganna, Tao Geoghegan Hart, Jonathan Narvaez, Salvatore Puccio and Ben Swift.

Thomas said: “I’m excited to lead the Team again in Italy and I feel ready. It’s been a strange year for everyone but it’s great to have this big objective. The legs are feeling good - Tirreno went well and then the World Time Trial was a confidence booster for me. Now stage one is nearly here and I’m more motivated than ever.

“I’ve a long association with Italy - I’ve lived here, I’ve raced for an Italian team, and I had some rough luck the last time I came to the Giro. I’m determined to right that wrong this time around.

“We’re taking a great Team and I’ve got total faith in the guys around me. Racing a Grand Tour with Swifty again will be a pleasure - we’ve been good mates since I was 12 and he’ll be our guide on the road. Tao and I have raced really well together before, most notably when I won the Dauphine, and Filippo is obviously flying after the Worlds. Puccio has so much experience of the Giro, young Jonny Narvaez is going really well and obviously everybody knows what Castro and Rohan can do.

“The Team couldn’t have supported me any better in the lead up to this race and I know those seven guys will do the job and support me on the road. Now it’s time to fight for the maglia rosa.”

What goes into designing a custom Dogma F12? According to Architect Hani Rashid, "I approached the F12 frame as a three dimensional ‘tectonic’ canvas on which I could inscribe, notate and ‘tattoo’ with what I saw as the inherent geometries and math behind the frames beautiful engineered elegance"

Two of these bikes are being auctioned off for World Bicycle Relief.

Who produced this less-than-pithy beauty?

Greater Manchester is looking to build 55 miles of cycling and walking routes by next Christmas, plus around 25 miles of pop-up routes and two low-traffic neighbourhoods.

GM's #cycling and #walking revolution is kick starting next year with 55 miles of routes and 140 crossings to be delivered enabling thousands more journeys on foot or by bike. 🚴

Funded by the Mayor’s Challenge Fund, there will be Bee Network schemes in all 10 of Greater Manchester’s districts.

The region’s Walking and Cycling Commissioner, Chris Boardman, said: “We started this mission nearly two years ago and I’m so pleased with the significant work GM’s local authorities have been doing behind the scenes to get this monumental mission underway.

“The Bee Network was a vision; now, having completed the planning, paperwork and many consultations, we are ready to start making it a reality. It will create better places to live and work, give those with a car the option to leave it at home and for those who don’t, it will provide them with a reliable, safe and pleasant network to walk or ride to shops, schools and workplaces. This is the beginning of Greater Manchester’s twenty first century transport revolution.” 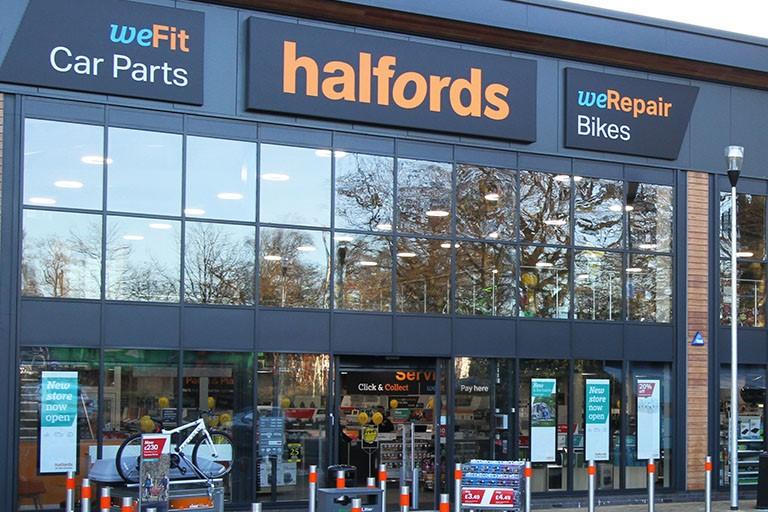 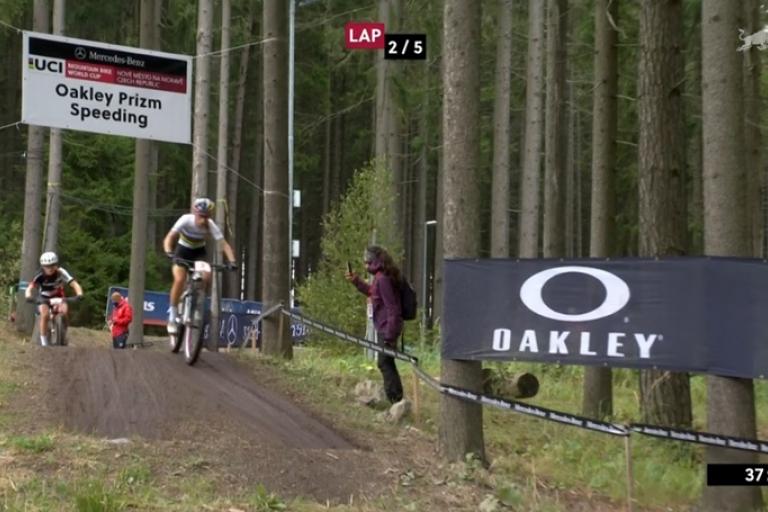 The coverage is good. Plenty of info on the rider and course in the sidebar.

@chrisfroome by any chance have you been down Col d’Ordino, descent to Ordino. Just wondering what the memorial to my son Richard James Taylor @t4ntrick85 looks like this year? Is it still there? Was going to add to it this year but.. He was descending happy as Larry 2 years ago.

The general theme of the replies: 'The driver would still be in the wrong even without the 'no left-turn' sign.'

CORRECTION: Yesterday we posted this video to spark a conversation about cycle safety in South London. But we did not see the 'no left turn' sign before the change of camera angle which puts the driver completely in the wrong, for that we apologise. #cycling #RoadSafety https://t.co/nESxFpO1G6

“Racism is unacceptable. Period,” said Trek-Segafredo after its rider Quinn Simmons replied “Bye” with a waving brown hand emoji when a journalist asked supporters of Donald Trump to unfollow her on Twitter.

José Been says she feels 'horrible' about the situation.

I lay awake for 3,5 hours last night. I feel horrible about the situation and terrible for @QuinnSimmons9 to miss his beloved classics.

To suspend him would never be my choice.

To cancel @TrekBikes most certainly isn’t my choice. I just bought a new Domane myself on Monday.

After Trek-Segafredo's Quinn Simmons' was stood down from racing yesterday, 2010 Criterium du Dauphine winner Janez Brajkovic has spoken out about the culture at Bahrain-Merida when he raced for them in 2017.

..."Are you a racist"
Yes, I can't stand them, he replied. Everyone heard him, nobody did nothing....That's what's so sad and wrong with some people...And some nations more prone to racism than others.. They should not be in our sport, any sport. I felt so sorry for Tsgabu.

Those stupid and needless bollards on Comiston Rd just caused two accidents within 100 yards of each other. Wheels of two cars wrecked within two minutes. Good work, council. pic.twitter.com/6aj7hDJq09

Rather stupid question by @SthLondonPress which panders to the aggressive and outdated anti-cycling lobby. https://t.co/YF9PntqkBf

01 October 2020, 08:15
Who was in the wrong? The driver making an illegal left turn across a cycle lane without looking or the cyclist?

The South London Press has a question for you.

Watch the moment a cyclist narrowly avoids a collision with Range Rover in Tooting. Who do you think was in the wrong? #cycling #RoadSafety pic.twitter.com/tmCx36mz85

The fact there is a 'no left turn' sign is surely pertinent.

If you've more vim, vigour and resilience than me, why not check out the replies to the tweet to get a feel for how people see these things.

1
Chef grabs hammer during road rage argument with 17-year-old riding side by side with dad
2
BMX racer Connor Fields out of ICU after suffering brain bleed in horror crash at Tokyo Olympics
3
Parish council calls in police to oversee bike rack installation amid protest fears
4
TalkRadio slammed for holding poll asking 'Are cyclists a danger on the road?'
5
Patrick Lefevere says Sam Bennett returning to Bora is like 'women who return home after domestic abuse'
6
Cycle safety in focus as Highway Code changes revealed, including setting out hierarchy of road users
7
Couple in hospital after they both crash in huge pothole
8
'Traffic is not a force of nature' Boris Johnson praises success of Low Traffic Neighbourhood and cycle schemes