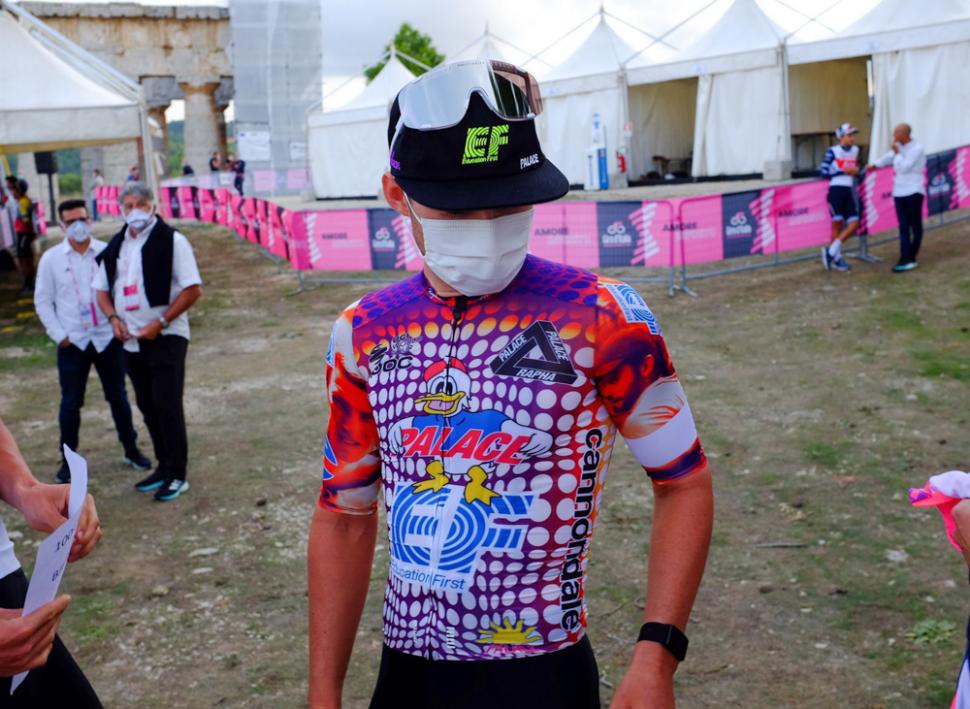 Rapha has done, as the kids like to say, ‘a collab’ with skateboard brand Palace to move the team kit of EF Pro Cycling away from pink which is used by the leader of the Giro d’Italia. The move isn’t an uncommon one. Teams have been known to use special-edition kits for certain big races if a sponsor wants to highlight something specific. Team Sky previously changed to their Ocean Rescue kit for the Tour de France and teams that normally use a colour that is too close to an iconic leader’s jersey have switched colours for a single race before. 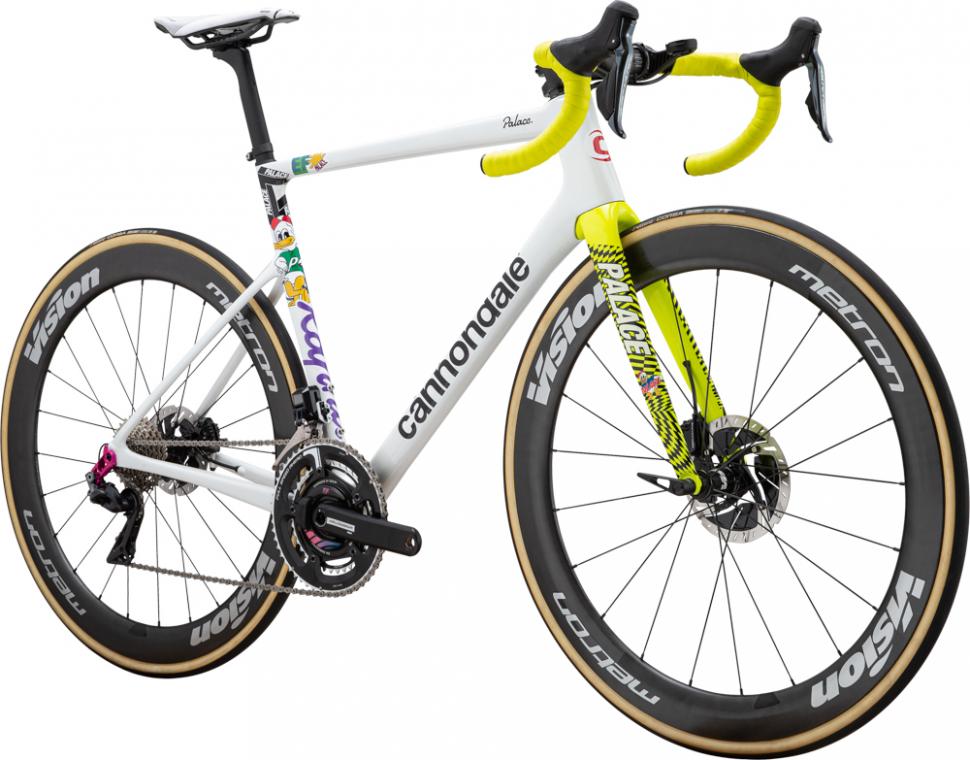 The riders will also be getting a shiny new bike for the race and will have a choice of Cannondale’s SystemSix or SuperSix that they have been using in what has been a heavily disrupted 2020 race season.

It doesn’t take a close look to see that Cannondale has simply set the EF mechanics blank white frames that have then been finished off with stickers, creating a look that we think is quite refreshing when many bike designs are rather dull. 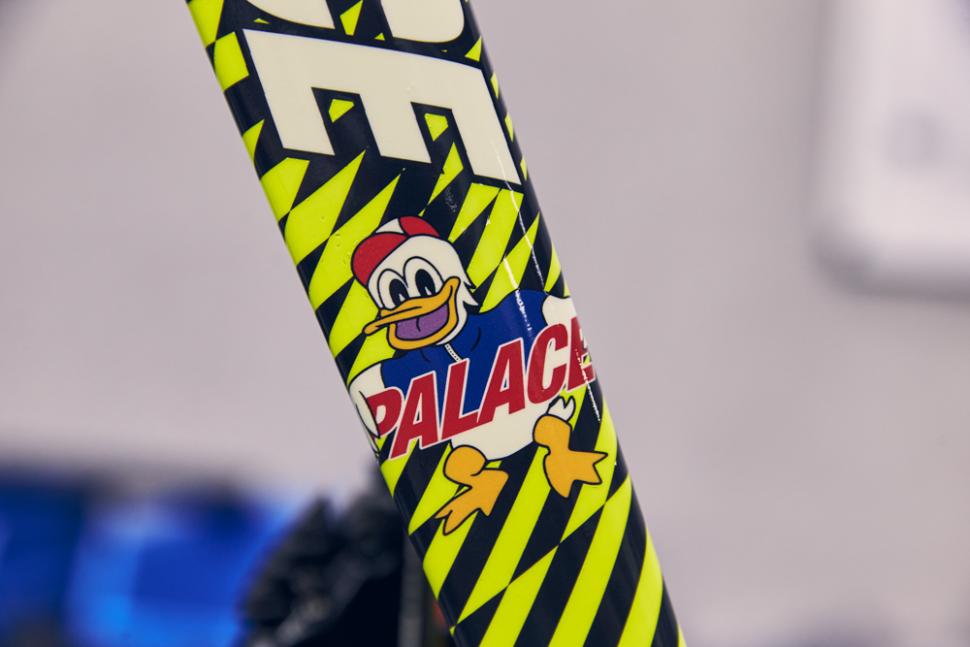 Apart from a selection of stickers that includes a duck and ‘Palace’ in the Rapha font, the bikes are standard team issue with a Dura-Ace Di2 disc-brake groupset, Vision Metron tubular wheels, Vision’s integrated bar/stem, Vittoria tyres and Cannondale’s Hollowgram crankset with some riders using an FSA power meter. Rapha said in a press release that “instead of mirroring the pink of the race’s maglia rosa, the switch out kit features a fearless design that might not be steeped in cycling history but will now form a part of it. Rapha and its designs regularly celebrate the sport and cycling history whilst Palace is disruptive, witty and always surprising; authentically straddling the worlds of high fashion, streetwear and core skate. The result of the collaboration is a team kit quite unlike any other seen in the peloton so far. Embracing the breakaway attitude, Swedish protection pioneers POC will enhance the switch-out look with bespoke helmets and eyewear, including a unique edition of the ground-breaking Tempor helmet.” 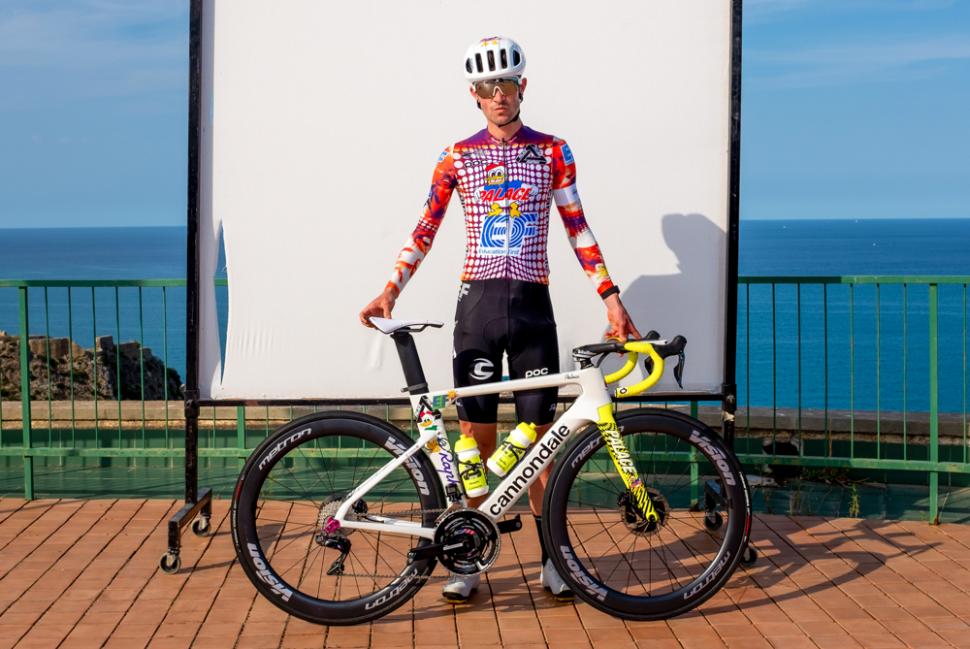 "In a sport renowned for its lengthy rule book and chaotic calendar, we’ve shone a light on new faces, and unorthodox races. But for a truly fresh perspective on the sport, we’ve teamed up with a company that is alien to cycling’s aesthetic, oblivious to its origins, and untrained in its traditions." 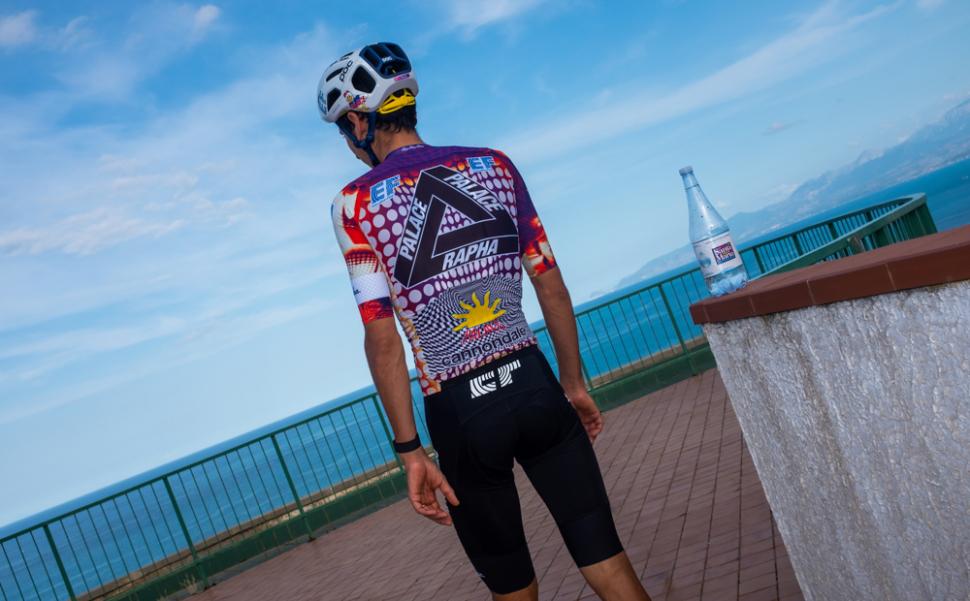 Rapha also says that “off the bike, there is a range of team edition casual wear from Palace, which will be worn by the team at the Giro and available online alongside the limited edition team kit.” The off-bike collection includes T-shirt, Long Sleeve T-shirt, Cap, Hoodie, Oxford Shirt and Palace GORE-TEX Jacket.