It's Tuesday and there's a strange yellow ball in the sky...I'm sure it'll start raining soon...anyway, Dan Alexander is here for all your live blog updates... 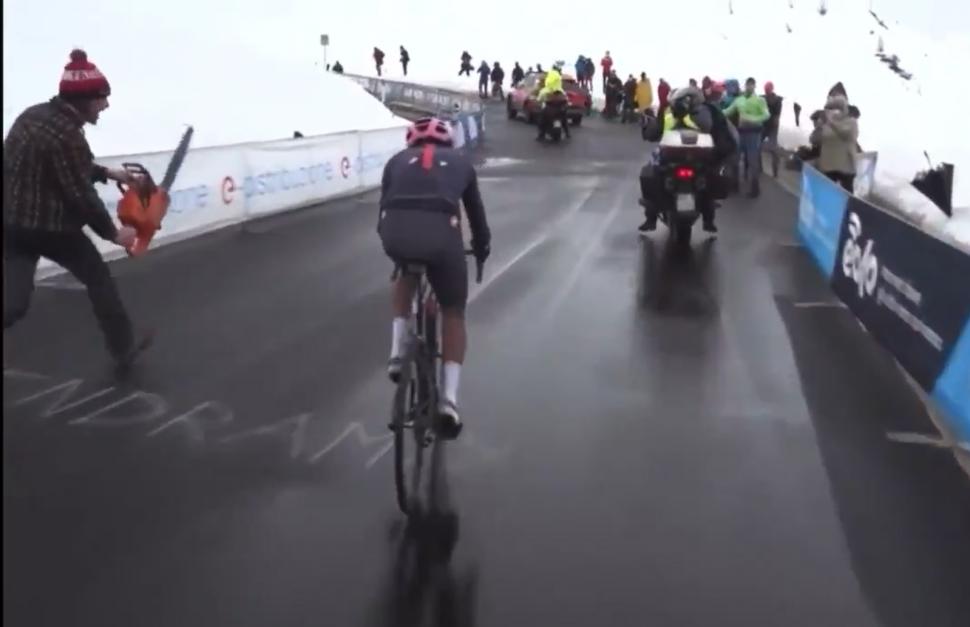 Hey @gwentpolice please don't prosecute the cyclist! He was scared of the bad driver https://t.co/TZNxrjPkdN

Our story about Gwent Police has rumbled on into the afternoon...yesterday, the South Wales force confirmed to us that cyclists' behaviour in close pass footage  could lead to them being prosecuted...

Earlier on the live blog we shared some of the reaction to the story and now even Jeremy Vine and ex-England rugby player Brian Moore have got involved...

I'd like several similar offences taken into consideration. https://t.co/rRdH09UTHO

Active Neighbourhoods help kids make their way to school safely without having to worry about cars or other traffic. 🚲 🚶

It means they can enjoy the fresh air, chat to friends and it wakes them up in the morning!

As it's the rest day and the riders are selfishly lounging about their hotel rooms rather than entertaining us we thought we'd take a look at yesterday's epic queen stage on Strava. Egan Bernal did not upload his ride, sorry Egan, you know the rules...if it's not on Strava...

Damiano Caruso clocked a new KOM on the Passo Giau 21km segment, summiting the climb in 56:39 at an average speed of 22.3km/h...On the shorter, more accurate segment, Caruso matched the time set by stage four winner Joe Dombrowski's time from 2016 by holding 17km/h up the 9.5km climb averaging 9.5 per cent...

On the descent, Romain Bardet comfortably took the KOM and hit top speeds of 80km/h+ in miserable conditions...nerves of steel.

A quick bit of rest day news...Egan Bernal has confirmed he will not be tempted to take on the Tour de France this summer. In his rest day press conference the maglia rosa hinted at a Vuelta a España tilt in August and said any hope of going to the Olympics will depend on how his back holds up in the final week of the Giro. A Canberra man has trained his pet rabbit to sit on his back while he rides around the city thanks to some custom-made helmet handlebars. Chris Schlegel told the Canberra Times he has been training rabbits to hitch a lift as he rides his bike since 2017...and Max Bugden is one of his several pet bunnies he takes out on the road.

Apparently Max is unique in the way he props himself up on his hind legs...so to make the journey more comfortable Chris has built some handlebars from sticks and skewers so he has something to hold onto...

"They make great pets because they're just as unique as humans, they have interests, they have hobbies," Schlegel told the news website. "I take them out because I want to rabbits to live a life outside of the confines they usually live. Their personalities become more complex as a result."

Are you really a good MTB fan if you don’t bring your chainsaw to a World Cup?? https://t.co/QTaoboapKe

I guess with nobody seeing any TV pictures of the climb it is nice to find out how Egan Bernal dropped the entire field, even if it is a day late...Plenty of people wagering they could beat their local climb's KOM with a bit of 'persuasion' from a chainsaw-wielding lumberjack.

Gareth Rhys Owen summed up the absurdity of it all: "This is off the chart bonkers. One of the greatest sportsmen in the world, in one the elite events in his sport, being chased/cheered by supporters with chainsaws." Lionel Messi never had to put up with Barcelona fans with hedge trimmers at the Nou Camp, did he?

Aaron McAllorum recited that famous old saying: "Nothing gets the legs pumping more than being chased by lads with chainsaws." 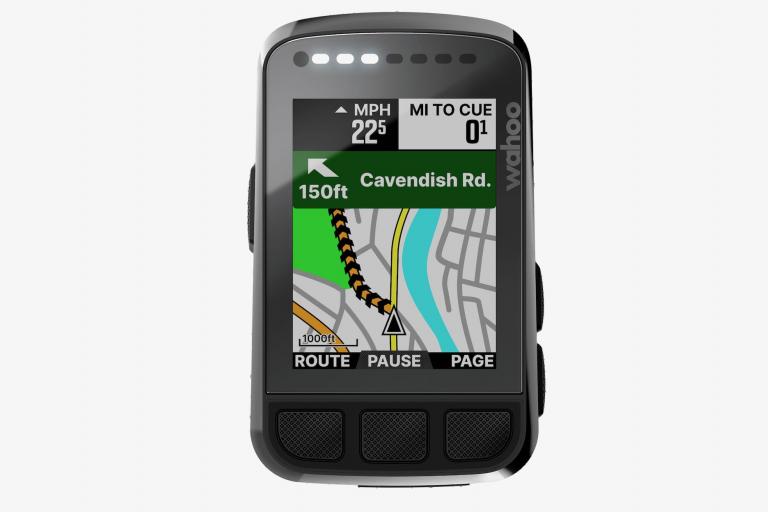 I have written to Khalid Mahmood MP asking him to stop publishing misinformation to undermine vital efforts to improve air quality across the city. pic.twitter.com/e9pS2vAR2e

Labour councillor and Birmingham City Council cabinet member Waseem Zaffar has written to MP Khalid Mahmood asking him to "stop publishing misinformation to undermine vital efforts to improve air quality across the city." The MP for Perry Barr was last week involved in a bizzare social media argument after a video was shared attributing gridlocked traffic in the south of the city to local LTNs and has been critical of the city's Clean Air Zone.

When cycling defensively is there such a thing as "too primary" do you think? pic.twitter.com/tDauBOscfp Chris Froome believes pursuit of race results and rushing back for the Tour de France last year was a mistake. The four-time Tour champion believes he should of focused on rehabilitation from serious injuries sustained at the 2019 Critérium du Dauphiné rather than aiming for quick results.

"In hindsight it would have been much better to really take time out and focus on the rehab side of things rather than chase things on the bike," he explained. "Getting to the end of last season, seeing the weaknesses I still had, it was clear the focus for the winter and the first part of this season needed to be trying to address those imbalances rather than chasing bike form.

"Having that goal of being ready for the tour meant I wasn’t doing my rehab properly. I was trying to get as fit as possible for July where I should have been engaged in the muscle imbalances."

Froome has invested in Hammerhead, the company whose Karoo 2 cycling computer is used by Israel Start-Up Nation. The undisclosed amount means the 36-year-old will join the brand's advisory board. Near Miss of the Day 586: Texting driver oblivious to cyclist she nearly hit

Our regular series featuring close passes from around the country - today it's north London
78
25 May 2021, 10:22
Gravel bike and bikepacking interest soaring since the start of the pandemic 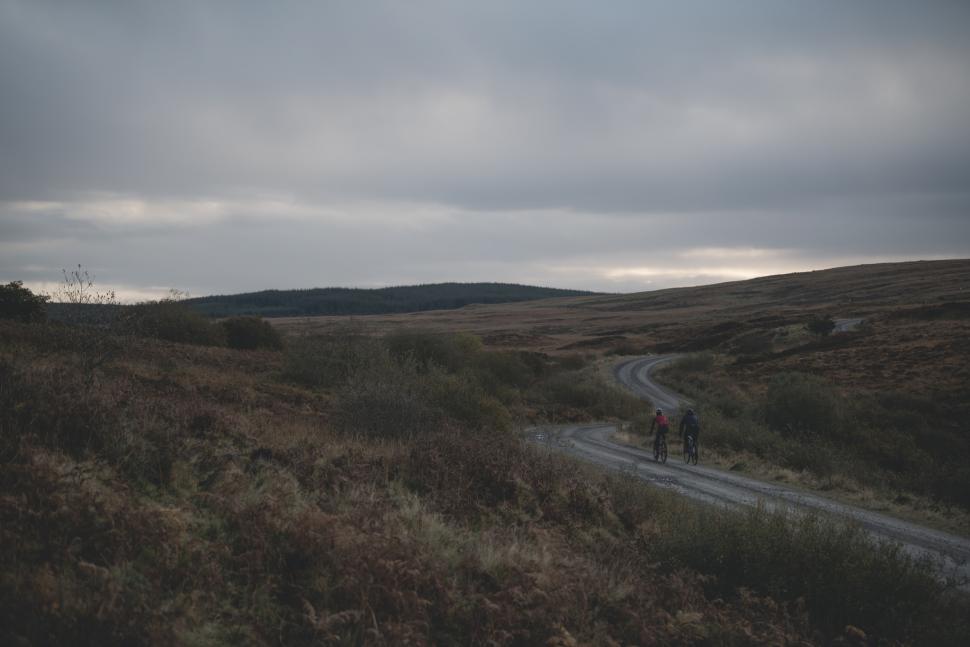 Wiggle crunched its numbers to show how interest in gravel bikes has soared since the start of the pandemic. A look into the online retailer's search data found that searches for gravel bikes are up 133 per cent in the past 12 months. Searches for gravel tyres are up 186 per cent, while gravel wheelset searches jumped the most and are up 256 per cent. Interest in bikepacking bags is up 122 per cent.

Wiggle guesses the interest partly stems from ongoing uncertainty about holidays and foreign travel, meaning that riders are looking for adventures closer to home. "Gravel riding has exploded over the past 12 months," John Bann-Lavery of Wiggle said. "With many in the UK grounded for some time to come, the idea of packing the bike with camping equipment and heading off to holiday nearby is an attractive one.

"Many people are discovering that adventure can be found on their doorstep when you explore by bike, and gravel bikes can make that possible and more accessible than ever. It’s no wonder that we’ve seen such a huge uptake in interest in this segment over the past year. And, with so many new converts to this style of riding, I’m sure it’s a trend that’s here to stay."

Have you dipped your toe in the gravel riding ocean this year? Velocio's annual project raising money for good causes has been launched today, with the new jerseys available for pre-order until May 31. In 2020, the project raised more than $100,000 for COVID-19-related charities and this year is helping climate-focused non-profit partners: The Environmental Justice Foundation, 350.org and Protect Our Winters.

Customers get to choose which charity to support when they order one of the new jerseys that are expected to ship by mid-August. However, the manufacturer is also conscious that some people might want to support the project without the associated energy and materials required to make another jersey, so there is also the option just to donate on its website.

No wonder Egan Bernal made it up Passo Giau sharpish...I think anyone would if being chased by a pair of chainsaw-wielding lumberjacks. That's definitely one chain gang to avoid... Lance Armstrong was famously once chased by a fan carrying an oversized syringe, while in 2018 Chris Froome was pursued up Colle Delle Finestre by a 'fan' dressed as an inhaler...what has Egan done to deserve the chainsaw treatment?

Pro cycling journalist Richard Moore pointed out the irony of the stage being shortened due to rain making the high-altitude route too dangerous, yet a pair of fans revving their tree-cutting machinery next to the race leader is good to go...

I'm loving the possible conversation back at home that morning..."Keys, wallet, phone, warm clothes...are we forgetting something? Yes! The chainsaws, of course."

25 May 2021, 07:53
"I am sorry for swearing at somebody that nearly killed me": Reaction to Gwent Police warning swearing cyclists submitting close pass clips

Gwent Police confirmed to us that cyclists who submit videos of dangerous driving may find themselves being prosecuted for their own behaviour, including swearing. This came after we were sent a close pass by a reader in which the cyclist can be heard dropping a few shocked expletives at the driver overtaking him as they roll up to a give way sign.

We could have filled the live blog for the entire day with all the exasperated effing and blinding replies our story received on social media. Here is the best of the reaction...

On Twitter, Dave said: "I am sorry officer for swearing at somebody that nearly killed me. I am certain that in that instant the most important aspect is to not outrage public decency."

Kev made us laugh...

Since when is swearing a crime?

If that’s true then I’m fucked

HoarseMann suggested the enforcement of some driving offences be taken away from the police: "The solution to this problem does not lie with the police. They need enforcement of these sort of driving offences to be taken off them and given to a civil prosecution body - similar to council enforcement officers. It would be self-funding via fines, create jobs, free up police time and most importantly, make roads safer as the chance of getting caught would increase dramatically."

Sriracha commented: "This should not be complicated. Cause and effect - the effect can not occur first. If the motorist can be shown to have been goaded into intemperate action due to the pre-emptive swearing from the cyclist, maybe there is a case to prosecute the cyclist. I'm thinking here along the lines of, "come on then, you wouldn't dare, bring it on" peppered with swearing. But given that cause and effect are the other way around, the threat to the cyclist comes first and prompts the outburst of language, the police are simply displaying their prejudice."