We've got that Friday feeling at road.cc HQ today and Nick Howes will be manning the blog as we head into the weekend. It's only his second shift with us so go easy on him... Jeremy Vine has long been fighting the good fight for cycle safety but he nearly came a cropper today courtesy of one totally oblivious motorist.

Fortunately the BBC Radio 2 presenter had his helmet camera on so was able to capture not one, but two major misdemeanours by the errant driver and their equally ignorant passenger which are now in the process of going viral across the internet.

Fair play to the bystander who backed him up and we hope the 'clown of the day' will learn from his newfound infamy.

His position in the cycle box should have been a clue … Friday’s Clown Of The Day pic.twitter.com/GXsdraLTe1

Earlier today we asked for your help in answering @WillamNB's question on Twitter where he asked "What's the UK's longest traffic-free cycle path (excluding MTB-type trails)?"

Well, step forward Mr Rob Ainsley who emailed in to tell us it's the 56-mile towpath along the Forth & Clyde and Union Canals between Glasgow and Edinburgh.

Sustrans appears to back this up and we have absolutely no reason to doubt it, so hats off to you Rob!

He also mentioned it's all smooth, car-free tarmac so we're now champing at the bit to give it a try.

19 November 2021, 15:03
Urán apologises for contentious training clip with daughter strapped to his chest

Professional cyclist Rigoberto Urán has returned to social media to make what looks like a slightly tongue-in-cheek apology for nearly breaking the internet a few days ago when he published a video of himself riding with his baby daughter strapped to his chest.

We covered the story in this very blog so only thought it decent to offer him the right of reply.

This time around we find the Colombian rider in his jacuzzi at home promising "I won't do it again" whilst his daughter floats around in front of him wearing the same sunglasses she was donning in the now-deleted video which caused such a stir.

Unfortunately, we don't speak fluent Spanish so can't understand everything he's saying, but in his accompanying post he writes "I screwed up, I won't do it again 🙏 it's been a while since I was scolded so much 😭."

Comedian or clown? We'll leave it for you to decide: There can't be many things more infuriating when you're out on the road than seeing a driver messing about with their phone.

Well those drivers could now be in for a £200 fine and get six points on their licence after the UK Government announced plans today to toughen road safety laws.

The BBC are reporting UK drivers will be banned from filming, taking photos, searching playlists and playing games on hand-held devices from next year (texting and calling on hand-helds is already illegal), and transport secretary Grant Shapps has said it will become easier to prosecute offenders.

The Highway Code is going to be updated to reflect the new rules but motorists will still be allowed to use hands-free devices while driving, if it's secured in a cradle, and make contactless payments while stationary.

Do you think these measures will make roads safer for cyclists? Let us know in the comments section below.

This post has caused great discussion among the road.cc editorial team.

Our suggestions included the High Peak Trail onto the Tissington Trail in the Peak Distrcit, the Tarka Trail which traverses North Devon and Exmoor, and the Ystwyth Trail in Wales, but can you top those? 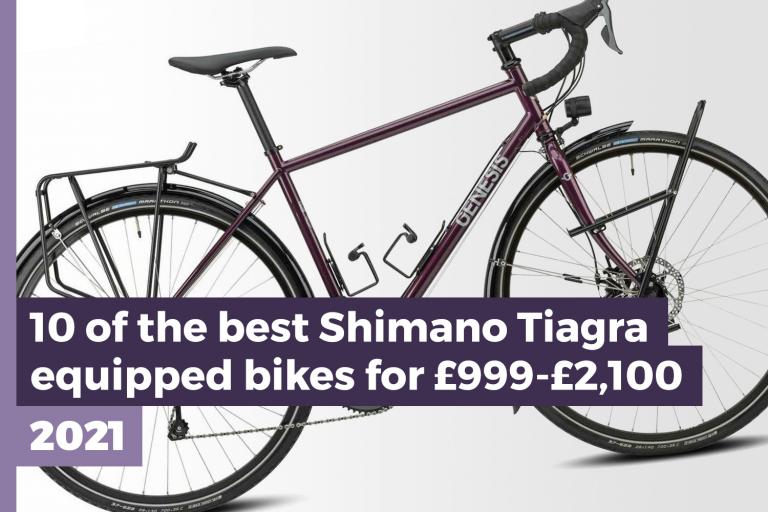 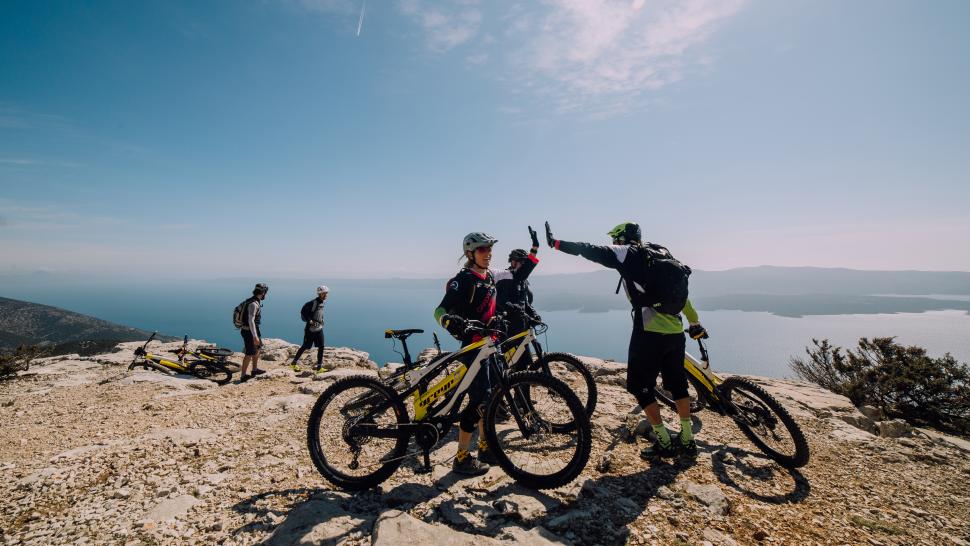 Porsche has furthered its move into the world of electric bikes by taking over e-bike manufacturer Greyp.

The German brand already owned 10% of Greyp but are now majority shareholders and seemingly want a larger piece of the rapidly expanding e-bike market.

They launched the Porsche eBike Sport and Cross models earlier this year and will now begin working on updating those models as part of a €15 billion investment in new technology over the next five years.

What are your thoughts on this? Should car manufacturers be investing in bike companies? Will having major players like Porsche in the e-cycling market help raise the bar even further? 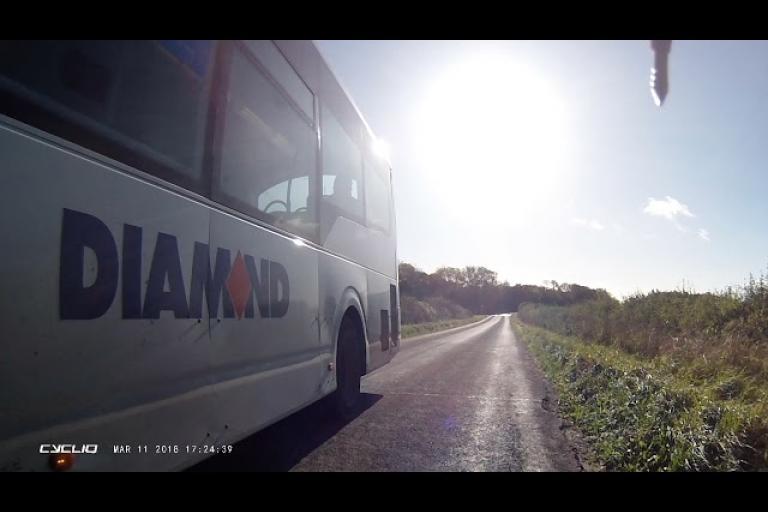 Our regular series featuring close passes from around the country - today it's Oxfordshire
34
19 November 2021, 11:30
Whatever happened to the pedal car??

Why did this innovative 'horseless carriage' never take off?

✅ You can carry it up the stairs
✅ You can use the larder as a garage for it
✅ The materials to build it cost less than a fiver
✅ The only overheads are the occasional spot of oil and some imbrication for those poor old legs.

What's not to love? Did you watch the first round of the UCI Track Champions League in Majorca earlier this month?

This glitzy and glamorous version of track cycling is aiming to revolutionise the sport and turn its stars into household names.

The second round takes place in Lithuania next weekend before heading to London in December and Sir Chris Hoy has been signing its praises.

He told The Scotsman: "It’s long overdue to have a competition series for the top riders. You can see how excited they were [in Majorca] and it's only going to get bigger.

"The condensed three-hour session format, TV graphics, the tech behind it and heart-rate and power data from the riders like is taking it to the next level – a bit like Sky coverage did with Formula One.”

Do you follow track cycling? If so, do you think the series has a bright and long-term future? 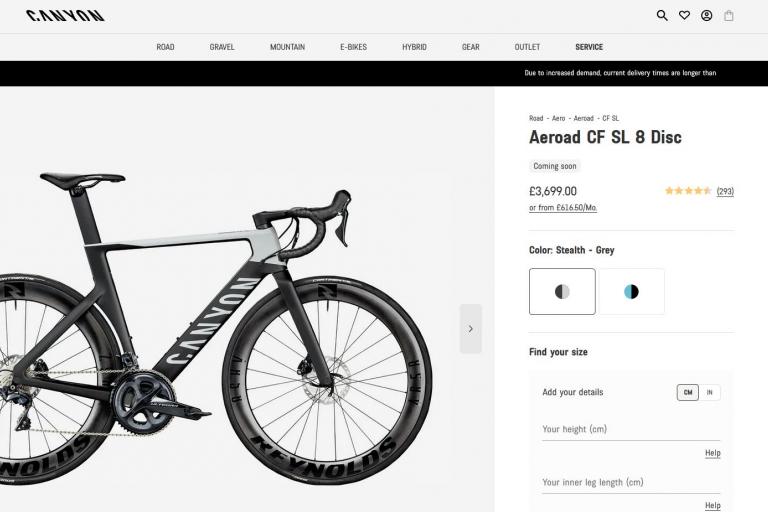 Canyon has dropped the price of Aeroad bikes by £450... but they are 'currently unavailable'

Posts like this warm our cockles on a cold Friday in November!

Being part of a peloton on the way to work looks way more fun than being stuck in a traffic jam 🚴‍♂️🚴🚴‍♀️.

This is what happens when you put in cycling infrastructure.

We need safe routes for people cycling all across the city - to combat the climate emergency, to help Londoners to get exercise in their daily lives and to reduce air pollution and congestion. pic.twitter.com/4G7RQf0qDS

What a nice post to get the day off to a positive start!

If proof were ever needed that cyclists are a great bunch, this clip of a fearless chap freeing a mountain goat (or is it a sheep?) who'd got its horn stuck around a tree would certainly be up there.

We raised our hands in celebration just like he did when the drama reached its conclusion. 🙌

Cyclist frees a mountain goat that got its horns trapped around a tree. pic.twitter.com/ycaXksAakk 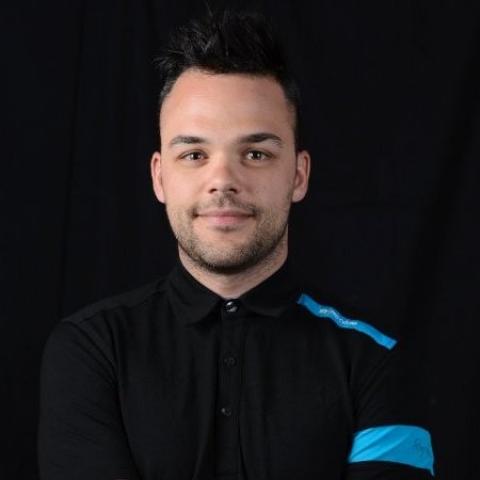 1
Brompton drops its ‘lightest bike ever’: new 7.45kg titanium version of iconic folding bike revealed
2
Stages will retrofit a power meter to your existing cranks
3
Chris Boardman heads newly-launched government body Active Travel England
4
Government slammed for not informing public of Highway Code changes aimed at protecting cyclists and pedestrians just days before they come into effect
5
I'm not cycling's Novak Djokovic: Greg Van Avermaet defends plan to delay Covid-19 booster
6
TV surgeon and cyclist killed after collision with motorist in Essex
7
Cyclist accused of punching delivery driver who “cut him up”
8
"Tired of road crime": CyclingMikey on episode 16 of the road.cc Podcast, plus how to make the most of your lunchbreak