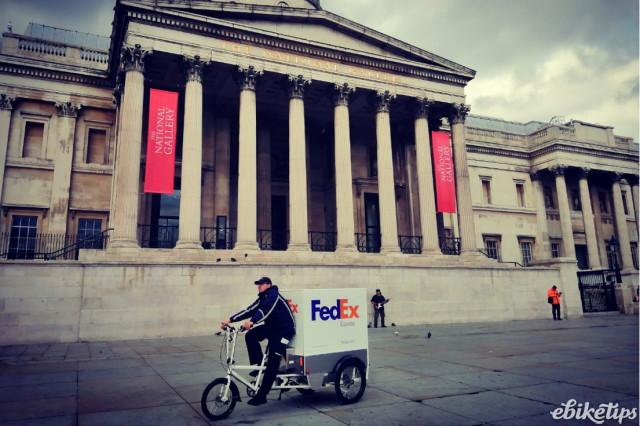 “The last 16 months has changed people’s habits and life forever. We are at a crossroads and if we act now we can really support change for a more sustainable future"...
by Will Bolton

Sales of cargo bikes are forecast to soar over the coming year with one of the biggest cycling brands in the world predicting the UK market will rise to 15 times its current level in five years.

About 2,000 cargo bikes were sold in the UK for commercial use last year, according to the Bicycle Association, and a similar number were sold for use by families and individuals.

Sales of the bikes are expected to jump to by up to 60 per cent in the UK in the year ahead, partly as a result of various initiatives at local and national level to reduce carbon emissions and congestion, the Guardian reports.

Raleigh, one of the world’s biggest bike brands, launched its first electric cargo bikes this week, and the company’s UK managing director, Lee Kidger, predicts that the UK market for them will soar to 15 times its current level within five years.

The Nottingham-based firm only began selling cargo bikes a few years ago but sales spiked 75 per cent last year.

> The cargo bike is my lifeline, says Orla Chennaoui

Kidger points to Germany, where about 100,000 cargo bikes are sold every year, and France, where 50,000 are sold a year, as examples of their potential in the UK.

He said: “The last 16 months has changed people’s habits and life forever. We are at a crossroads and if we act now we can really support change for a more sustainable future."

The company has teamed up with London dairy Jones Bros, which has used the Raleigh bikes to trial deliveries to its city centre clients, and the National Trust, which is using the bikes to transport supplies and staff around 11 large sites.

Grocery deliveries could also prove to be one of the major testing grounds for the shift towards cargo bikes, with James FitzGerald, co-founder of specialist logistics group E-cargobikes, saying his company, which currently operates about 50 bikes in London carrying out several thousand deliveries a week for the Co-op and others, expects to have more than 1,500 bikes by April 2023.

Development is gathering pace partly thanks to the government’s £250m investment in walking and cycling infrastructure as well as the The Energy Saving Trust’s £2m fund in England last year.

Will Norman, London’s walking and cycling commissioner, says research for Transport for London found that up to 14 per cent of small van journeys could be made with bikes instead, particularly in congested parts of the city.

Transport for London has been working on trials with construction companies including Sir Robert McAlpine, Morgan Sindall and FM Conway to use cargo bikes instead of vans to deliver some tools and smaller equipment into major projects such as Crossrail and HS2.