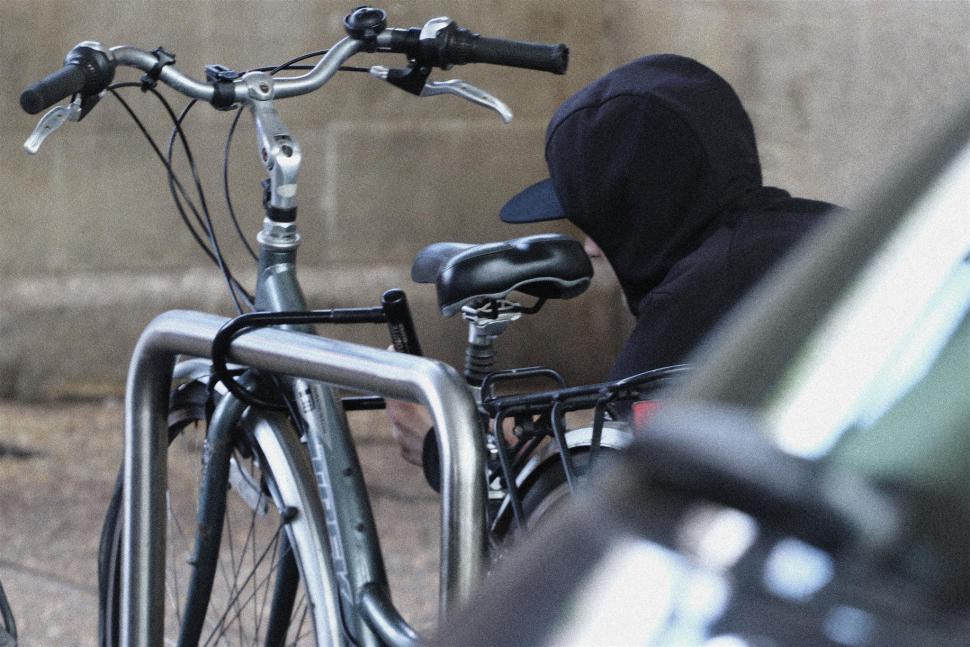 Cycle thefts down by 25% during COVID-19 lockdown

Bike thefts are down as much as 25% during the COVID-19 lockdown, road.cc has learned – and by 78% on the transport network, although anecdotally NHS staff, and other key workers who are still commuting, appear to remain targets for thieves.

With most people in the UK only leaving their homes for essential trips, or exercise, cycle thefts have plummeted but the problem hasn’t been totally eliminated, and cyclists are urged to remain vigilant.

According to the British Transport Police cycle theft across the transport network in early April dropped 78% compared with the previous year, with while reports of cycle theft to Bike Register could be down as much as 25% in April.

“It is obviously good to see this fall-off in bike theft since the end of February, but my concern is that once the Government lifts the ‘Stay at home’ restrictions, thieves will look to make up for lost time, and revenue,” he said.

However, some healthcare and other key workers have been targeted by cycle thieves, both at work and outside their homes. Many of those workers will have started cycling during the crisis to avoid the risk of infection public transport.

Whoever stole my son's bike from outside St Lukes Community Centre this morning, has taken it from a volunteer who was delivering food parcels to families in need. Maybe they should stop and think about that

After reports of thefts from the Queen Elizabeth University Hospital in Glasgow, BikeRegister and Police Scotland security marked people’s bikes, making them easier to trace back to their owners, if stolen.

Brown says while thieves will have struggled to leave home to commit crimes, once restrictions are lifted “they have the added bonus of thousands of new bikes bought during the last month or so”. He urges new cyclists to get their bikes security marked, and be aware of locking techniques.

“Some of these new bike owners will not be aware of the prevalence of bike theft in the UK, and what measures to take to combat it. Unfortunately, I would not be surprised to see a spike in thefts from sheds, garages and other outbuildings, as non-regular cyclists start to leave new bikes unsecured in these places.”

Brown recommends locking cycles to an immovable object or ground anchor at home sheds and garages, or at work, using a Sold Secure gold-rated lock, and to make sure cycles are registered on BikeRegister.com.

“This will introduce two things thieves hate – spending too much time at a crime scene, and the bike being traceable back to its true owner,” he said.

According to British Transport Police, cycle theft has dropped 78% since 1 April, compared with the same period last year. In the second week of April nine of the top ten cycle crime locations, all of which were railway stations, saw three thefts each in the past month; with just one, Rainham railway station in Kent, having four. Passenger numbers are down by 95% across the rail network.

“I suspect these are easier times for thieves when bikes are locked outside, quieter roads and storage facilities, [which means] more time undisturbed.”

Cantle says this has brought out the best in people, however, with NHS staff being offered free bikes by anyone from brands like Boardman Bikes and Laka cycle insurance, to individuals with spare or unused bikes.