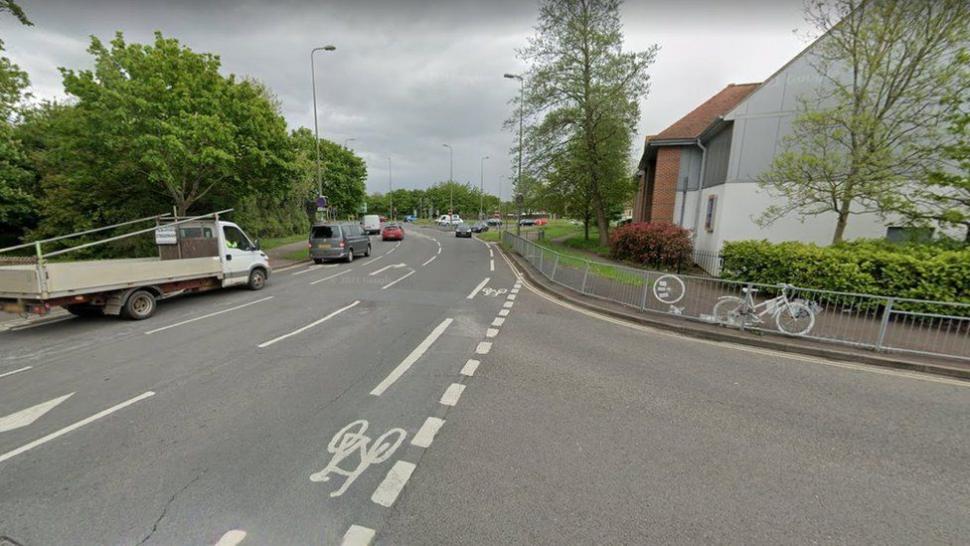 The coroner claimed there was nothing he could suggest to prevent a repeat of the 'terribly sad case'. ...
by Will Bolton

A coroner has been criticised for suggesting that there was 'nothing practical' he could do to prevent a repeat of a fatal collision involving the driver of a bin lorry and a cyclist.

Samantha Blackborow was killed in the crash after the lorry driver failed to see her, an inquest heard.

The 35-year-old was riding in a cycle lane in Horspath Driftway, Oxford, on 3 November 2020.

Oxford Coroner's Court heard she appeared in the lorry's mirrors for 'only a short space of time'.

Senior Coroner for Oxfordshire, Darren Salter, expressed his condolences to Ms Blackborow's family but said there was 'nothing practical' he could recommend to prevent a repeat of the 'terribly sad case', the BBC reports.

Following the hearing however many people argued the coroner could have proposed new safer, segregated cycling infrastructure.

People also argued he could have commented on the importance of motorists being certain it is safe to turn before doing so and their responsibility to ensure the safety of vulnerable road users.

Earlier this year police concluded there was 'insufficient evidence' that the lorry driver's driving had fallen 'below the required standard'.

'Did not see ' should be an admission of the driver's unfitness to drive ever again
You get in a vehicle, it's your duty to see vulnerable road users🤬

Ms Blackborow, a specialist nurse from the city, had cycled along the Eastern Bypass and then joined Horspath Driftway's cycle lane seconds before the accident.

Robin Dowsett, who was driving the Veolia waste lorry, said he was stuck in heavy traffic and indicated to pull into a side road for the Horspath Driftway Retail Park, without seeing Ms Blackborow.

"I wasn't aware of anything," Mr Dowsett said, adding: "I'm sorry but I wasn't."

Mr Salter concluded: "[Ms Blackborow] did appear in the mirrors but there were several mirrors and several things that Mr Dowsett had to look at and it was only a short space of time that she was in the mirror for.

"On the evidence it is far from clear that an indicator or audible warning signal [from the lorry] could've been seen or heard by her."

He added there was 'nothing practical' he could suggest to prevent a repeat of the 'terribly sad case'.

He recorded a conclusion of road traffic collision.

A Veolia spokesperson said: "Our thoughts and sincere condolences remain with Samantha Blackborow's family and friends at this difficult time."

Following the inquest people took to social media to point out that a segregated cycle lane could help prevent any future collisions at the junction.

Others said that whatever the circumstance, the responsibility for making sure it is safe to turn should always be on the vehicle doing the turning.

People also expressed anger and confusion at the fact the lorry driver admitted he wasn't aware of the cyclist but his driving was still deemed to be acceptable.

Better infrastructure?
More time taken by the driver to ensure the road was clear, rather than making the turn.
Disappointed in the coroner for that, lack of awareness maybe?
Highlights an issue in the laws and inbuilt favour for drivers.

@AndyCoxDCS - it’s this type of ruling that has the public scratching their heads. An avoidable death, no penalties, no justice, no amendments to the infrastructure so nothing to see here. This isn’t right

Nothing practical? How about the driver drives with due care and attention