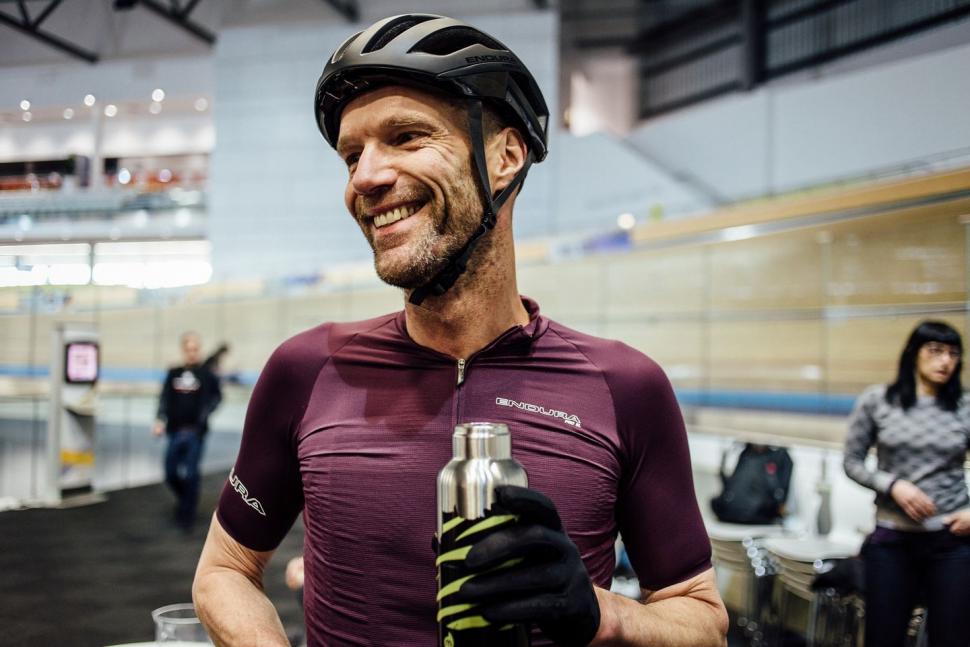 Questions remain over death of cyclist in Oxfordshire, says coroner

A coroner has said that questions remain unanswered over the death of a cyclist in Oxfordshire after a leading lawyer told an inquest that contrary to the police’s assertion that Simon Richardson, aged 58, was killed when he crashed into a tree with no other vehicles involved, a close-passing driver was to blame for the fatal crash, reports the Henley Standard.

The inquest at Oxford Coroner’s Court heard that Mr Richardson, who worked as UK and international sales manager for the cycle clothing brand Endura, was a hugely experienced cyclist and had set out on the morning of 4 April last year – Easter Sunday – for a ride from his home in Windlesham, Surrey.

He was discovered in a ditch by the side of Marlow Road near Henley on Thames with multiple injuries to the left side of his body and in cardiac arrest, and died at the scene.

Endura’s co-founder Jim McFarlane told the inquest: “Simon was a cycling obsessive — he was an expert.

“The chances of him crashing his bike while taking a drink from his water bottle are very small and just not credible.”

One witness, Katrina Fox, who was in a car being driven by her partner David Pratt, said that they had overtaken Mr Richardson, who seemed to be experiencing some trouble.

“We had been walking around Stonor Park and as we were coming up to Marlow Road there were lots of cyclists around,” she said.

Ms Fox said: “We are used to cyclists so we waited until it was safe to overtake.

“But he had started to move in a way that was not normal so after we overtook him we turned back to see if we could see him.

“Something in the way his bike was moving caught my attention and I couldn’t see him on the road anymore.

“As we were overtaking him he got a bottle out but I didn’t see him taking a drink.

“I wasn’t sure what happened to him and all that I was thinking was that we should find somewhere to stop to help.”

The pair turned round and returned to the crash scene, where Mr Richardson was already being treated by Ana Maria Craciun, who had been driving home with her partner when she spotted the cyclist and stopped to try and help him.

But representing Mr Richardson’s family, Martin Porter QC – himself a highly experienced cyclist who has worked on a number of high-profile cycling-related cases – told the inquest that the passenger side wing mirror of the car Ms Fox was travelling in with her partner, who was driving, was damaged and said it was his belief that Mr Pratt was responsible for the fatal crash.

“What I suggest really happened is that Mr Richardson was forced out of the road by Mr Pratt driving too close,” he said.

The motorist insisted however that the damage to the wing mirror had happened several years earlier, and told the inquest: “There was a queue and it became obvious that there was a cyclist ahead of us.

“After we overtook him, we were trying to look behind us to find out what happened. We turned around towards Henley and we saw a car had stopped.”

In response, Mr Porter said: “I’m going to suggest that you could not see where he was and you misjudged the speed and his position on the road.

“I’m suggesting you were expecting him to be closer to the side of the road and you were so close to him, he had to come off the road and your passenger was aware of that and that was why she told you to stop.”

Thames Valley Police forensic collision investigator Luke Webb, who attended the scene, said that officers already present had told him that Mr Richardson, whom he estimated was travelling at 42kph, had crashed into a tree.

“I was not able to identify the point of impact and there might not be a point of impact,” he said. “Mr Richardson could have just fallen off his bike.

“It is possible that he became distracted by taking a drink and riding with one hand. He also could have been distracted by other vehicles driving by.”

Recording a narrative finding, Coroner Joanna Coleman said: “There are still a number of unanswered questions.

“Simon was a very experienced cyclist and prior to the incident he had been overtaken but there’s no evidence that he was struck by a vehicle.

“It’s possible that he became distracted as the overtaking took place but that is not clear,” she added.