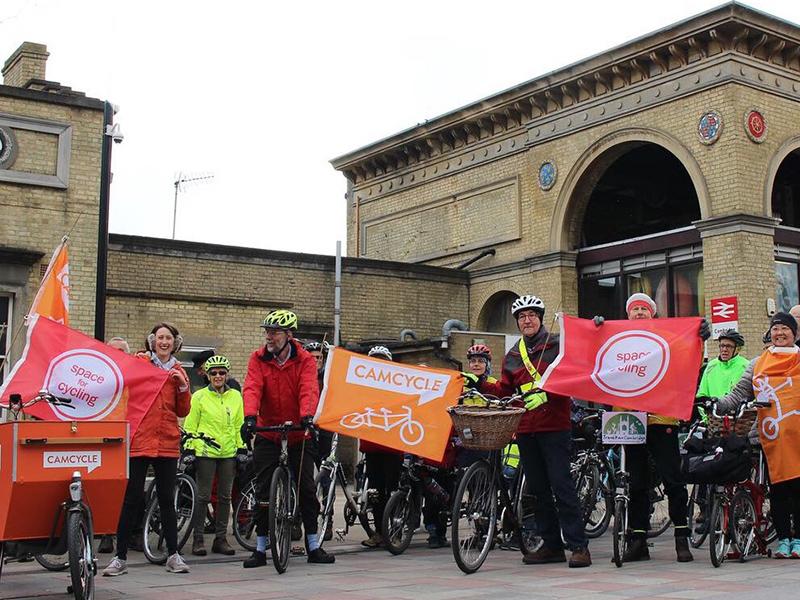 Cyclists campaigning for change to junctions in Cambridge have issued a heartfelt message: 'Please stop killing us'.

The appeal was made to the Greater Cambridge Partnership who recently conducted a Cycling Plus consultation asking how £20 million of funding should be allocated to improve 'active travel' routes for cyclists and pedestrians.

The consultation requested feedback on 13 routes identified as being missing links in the city's current infrastructure. It found 91% of respondents felt junctions in the city needed improving.

Representative, Matthew Danish, told the Cambridge Independent: “Camcycle welcomes the additional investment proposed as part of the Cycling Plus project.

“It’s time to finally make this safe for the thousands of pedestrians and cyclists who use it each day. No more lives must be lost or families left suffering.

“Many signatories have witnessed or experienced collisions. This is a sample comment. I’ve personally witnessed, quote, ‘the aftermath of three serious collisions involving cyclists on Cambridge roundabouts all around 7.45am-8am while on the way to work, the latest one resulted in the death of a colleague. Enough is enough. Please stop killing us’.”

Over a thousand people responded to the Cycling Plus consultation, with safety, lower traffic levels, more direct routes, and segregation coming out as key factors in people’s decisions to use active travel modes.

It also found 74% of people would be encouraged to cycle more for journeys currently made by car if routes were made safer.