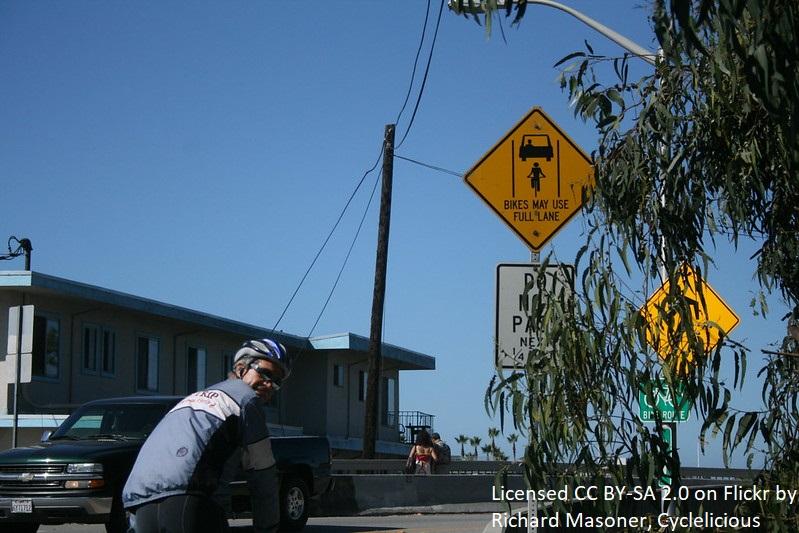 A new law in California will require drivers to change lanes where possible when overtaking cyclists, with the aim of minimising “conflict points and risk of near misses or crashes.”

Since 2014, motorists in the Golden Bear state have to allow at least three feet of space when passing someone on a bike.

But Sonoma County-based newspaper The Press Democrat reports that with effect from next Sunday 1 January, drivers will have to switch lanes while overtaking, whenever possible.

Timothy Weisberg of the California Office of Traffic Safety told the newspaper that the extra room would motorists have to give would increase the safety of people on bikes.

“When a road user does make a mistake, there is a wider safety buffer that could reduce the chance of a serious injury,” he explained.

Where it is not possible for drivers to change lanes, they will be required to slow down and to overtake the bike rider without putting them in danger.

As far as the existing rule is concerned, Weisberg admitted that “It may be challenging to judge from the driver’s perspective how far three feet is on the road.”

He said that drivers breaking the new law would have to pay fines and fees of at least $238, depending on which county the offence was committed in, rising to at least $982 should the cyclist be injured.

In 2020, there were 129 cyclist fatalities in California, with a further 925 riders sustaining serious injuries as a result of a road traffic collision, and while Eris Weaver of the Sonoma County Bicycle Coalition welcomed the new law as a “theoretical improvement,” she maintained that enforcement would be key to its success.

Weaver, the executive director of the campaign group, said that without proper enforcement, “How likely is it [the new law] to change driver behaviour?”

“Just (Thursday) morning on my way to work, I was passed too closely on Mendocino Avenue even though there was an existing empty lane which the driver could have used,” she added.

The bill relating to the change in passing distance that drivers have to give cyclists was signed into law in September by the Governor Gavin Newsom.

The Democrat politician has previously been criticised by active travel campaigners for vetoing proposals to decriminalise jaywalking and to allow cyclists to treat stop signs as yield signs, known as the “Idaho stop” after it became  the first state to allow that, in 1982.