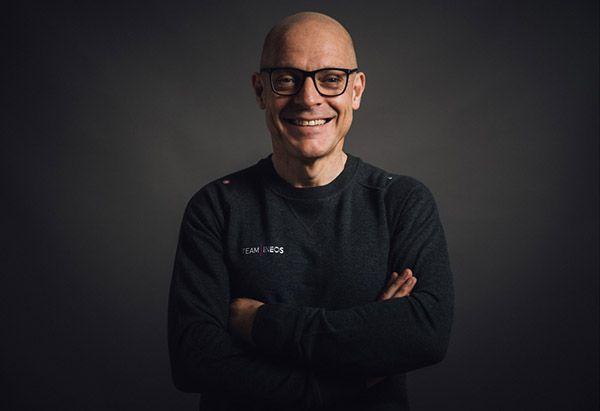 Meanwhile, a leading public health expert insists rescheduled race could be “recipe for disaster”
by Simon_MacMichael

Sir Dave Brailsford says that Team Ineos would withdraw from the Tour de France, postponed until late August and early September, to protect the health of its staff and riders. His comments come as a leading public health expert has criticised the decision to hold the race on a rearranged date as a “recipe for disaster.”

Organisers ASO confirmed this week that the 107th edition of the race, originally due to start in Nice on 27 June, would now begin in the Cote d’Azur city on 29 August.

In March, Team Ineos was one of the first teams to pull out of races as the coronavirus pandemic escalated in Italy and France, with the UCI WorldTour outfit also citing the sudden death days beforehand of sports director Nicolas Portal as a reason for suspending competition.

Following the announcement of the rescheduled date for the Tour de France, Brailsford told the Guardian’s Jeremy Whittle: “We would reserve the right to withdraw the team should we deem it necessary.

“Whilst the race is on, we will plan to participate, but equally we will monitor the evolving nature of how things play out, as we did prior to Paris-Nice. This is a sensible, responsible and reasoned approach.”

Team Ineos and, under its previous sponsor, Team Sky, have dominated the Tour de France since Sir Bradley Wiggins became the first British winner in 2012.

Since then, Chris Froome has won the yellow jersey four times, and Geraint Thomas triumphed in 2018.

With Egan Bernal victorious last year, Team Ineos could potentially line up in Nice with three past or present Tour de France champions.

Brailsford acknowledged however that there are moral issues involved in how society tries to return to normal once the crisis diminishes, and that the decision to try and stage what is the world’s biggest annual sporting event is part of that.

He said: “There will be a lot of debate generated about the rights and wrongs of the transitions out of lockdown across all aspects of society including sporting events.

“Equally most people recognise that the learning from transitioning out of lockdown will only take place once it begins. We will monitor the situation very carefully and of course take note of national guidance and all advice.”

However, Professor Devi Sridhar, who chairs Global Public Health at the University of Edinburgh and is also advising the Scottish Government on the crisis, insists that it would be wrong to hold this year’s Tour de France at all and that it should be cancelled rather than postponed.

“The wise thing to do is cancel for this year,” she told cyclingnews.com. “It’s a painful decision but they have no choice.”

“This is a long-term problem, a chronic problem,” Sridhar told cyclingnews.com. “This virus is here to stay and will come back. Even if France gets a handle on it by August, then of course the issue is people coming in from different countries.”

Professor Sridhar said that organisers ASO “have to weigh the risks against the benefits. Thousands of people from all over the world, gathered together, moving around, from town to town, this is where a virus could thrive – it could be a recipe for disaster.”

She added: “There’s definitely a risk that the Tour de France moving around and unwittingly spreading the virus could kick-start a new lockdown.”