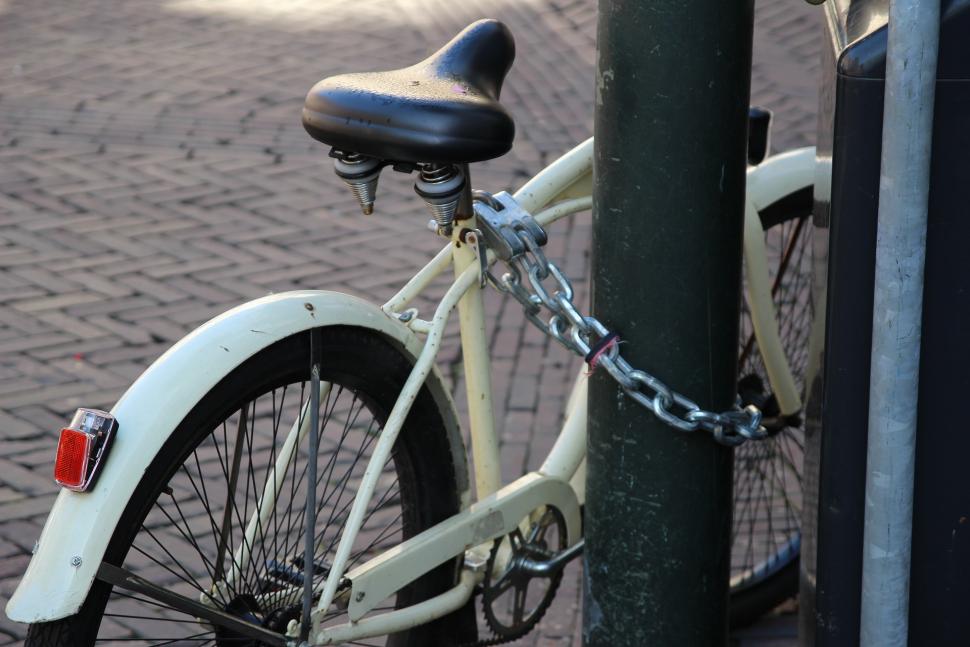 Only 1.1 per cent of bike thefts result in prosecution, according to the data
by Will Bolton

Bike theft hotspots across London have been revealed in new police data.

The research shows which areas in the capital saw a surge in thefts during the pandemic with North East London being the worst affected.

Waltham Forest is the borough with the greatest increase at almost one third (30.88 per cent), followed by Haringey (27.52 per cent) and Southwark (23.92 per cent).

In London, just 1.1 per cent of bike thefts result in the thieves being caught according to the latest data on criminal sanctions, falling to just 0.96 per cent in Waltham Forest.

The borough where you’re least likely to identify a thief and recover your stolen bike is Bexley, with just over a 1 in 200 (0.65 per cent) chance of the culprit being identified.

The data encompasses the first 6 months of Covid restrictions and the peak spring/summer cycling season.

While some boroughs saw a rise in bike thefts, other areas that typically have higher rates experienced a fall.

The borough of Westminster had the highest rate of bike theft in previous years, although there was a -7.77 per cent decrease last year.

The study found that this was likely attributable to people not using their bikes to commute and then leaving them unattended for periods of time.

Like many others across the country large numbers of Londoners took up cycling during the lockdown and this autumn journeys by bike were up by 22 per cent in Greater London and 7 per cent in Inner London compared to the previous count by TFL in spring 2019.

> Outer London leads cycling boom in the capital during pandemic

With only 1.1 per cent of bike thefts resulting in prosecution, according to the latest data, criminals are taking advantage of what is a seemingly 'low-risk' crime.

Although chances are still slim, the borough that you’re most likely to have your bike returned is Hackney, with 2.83 per cent of bicycles found.

Next highest is Westminster with 2.63 per cent, followed by Tower Hamlets with 2.23 per cent.

Nick Titchener, criminal defence solicitor at Lawtons Solicitors, said:  “Bike theft is definitely becoming more of a problem, and the numbers are a testament to this.

"Unfortunately, suspects aren’t being identified because there’s usually no relationship between themselves and the victim and it’s a relatively low-priority crime.

"On top of this, owners often don’t document the ownership of their bike, making it difficult to prosecute even if the perpetrator is caught."

Chris Smith, MD at Pendle Bike Racks, added:  “Hopefully you will have registered your bike with BikeRegister and placed a security mark on your bike.

"The mark serves as a visible deterrent, because the owner of a marked bike can be traced and the odds of arrest/prosecution are significantly higher.

"It also makes the stolen bike much more difficult to sell.

"If you happen to find your freshly stolen bike on a social media marketplace, resist the urge to go vigilante.

"As tempting as it might be to bang down the door and take back what is rightfully yours, the police are there for a reason."

The five boroughs that saw the greatest increase in bike thefts were: