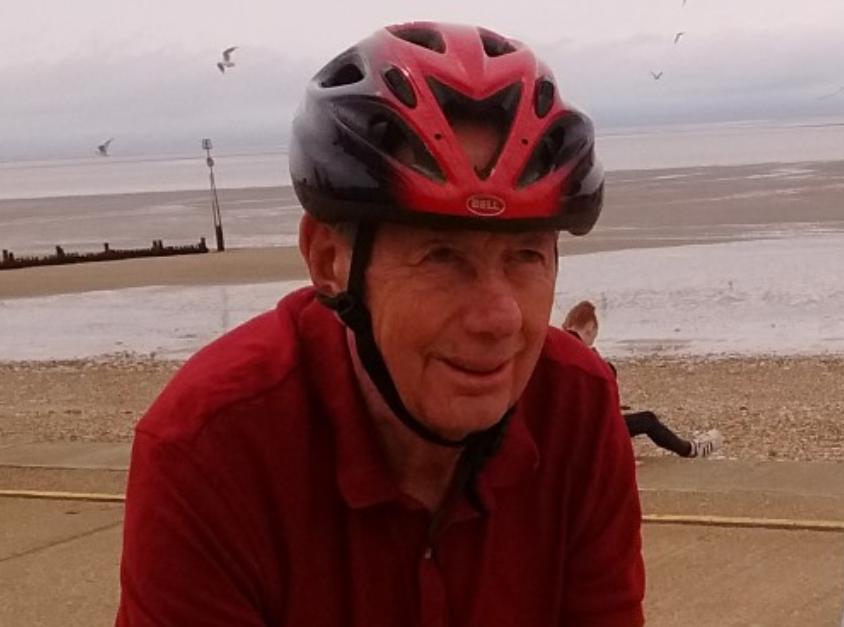 The family of man who was killed while riding his electric-assisted trike by a driver aged in her 90s who has since had her driving licence revoked due to problems with her eyesight have urged older motorists to get eye tests.

They added that the father of two, who had four grandchildren, was wearing a hi-viz jacket at the time of the crash.

The woman has not reapplied for her driving licence and has said that she will not drive again. No charges were brought against her, with Mr Harvey’s family said to have “fully understood and supported the rationale for not proceeding with a criminal case.”

However they are now urging elderly drivers, or to anyone whose eyesight has deteriorated, to have regular eye tests to ensure they are still fit to drive.

In a statement issued through police on behalf of his family, Mr Harvey’s son and daughter, Richard Harvey and Jane Slocombe, said: “Our dad was a much-loved man and an active member of the community in Desborough. He was well-regarded by everyone who knew him and this was evident when more than 200 people lined the streets on the day of his funeral last June, many ringing bicycle bells in tribute to him.

“He was a quiet and gentle person, who had time for everybody, and was an active member of the community and of St Giles Church, where he volunteered as a communion server and did electrical work for them over many decades.

“We do want something positive to come out of our Dad’s death which is why we are making a strong plea to elderly drivers, in partnership with Northamptonshire Police, to please ensure you are still fit to drive.

“We also want to reach out to everyone with elderly relatives, to encourage them to have a conversation with their family members or friends, around this issue. We appreciate that it may be a difficult subject to broach but it could literally save lives.

“It has been so hard for us to lose our Dad in these circumstances and if we can prevent other people from going through what we have had to, that would mean a lot to us.

"Dad would also have wanted something positive to come from this incident. Please consider the safety of others and get your eyesight tested if you’re not sure.”

DC Bruce Wilson of Northamptonshire Police’s Serious Collision Investigation Unit, commented: “Richard, Jane, and the whole of Mick Harvey’s family are the epitome of class, and the way they have handled this incident, with quiet strength and understanding, has been amazing.

“I strongly admire them for wanting something positive to come out of such terrible circumstances and completely echo their plea for elderly drivers and their relatives to ensure they regularly get their eyes tested and remain fit for the roads.

“By doing so you may just prevent another family from having to deal with the heartache Mick’s have endured.”

Mr Harvey’s son and daughter added: “The last piece of advice we’d have is that whilst this incident was due to no fault of our Dad’s, we’d encourage cyclists to think about the colour of their high-vis clothing.

“Dad was wearing yellow at the time which was quite similar to nearby greenery and though it may not have changed anything, we’d like people to be conscious about the seasons and what colours may stand out better than others.

> Study says cyclists should make themselves seen - but reflective clothing, not hi-vis, is the answer

“One thing we know for sure is that Dad would encourage people to continue cycling, despite this incident. It was one of his greatest loves and something he was very passionate about.

“We miss him so much but the one thing that comforts us and something that so many people have said, is that he died doing what he loved – cycling.”

While medical professionals such as GPs and opticians can advise someone to surrender their driving licence to the Driver and Vehicle Licensing Agency as a result of health conditions including poor eyesight, they cannot compel them to do so.

In its webpage entitled Surrendering your driving licence, the government says:

There’s no legal age at which you must stop driving. You can decide when to stop, but medical conditions can affect your driving and might mean you have to give up your driving licence until you can meet the medical standards of fitness to drive again.

When you decide to stop driving or are advised by your doctor to stop you’ll need to tell DVLA and send them your licence.

Last July, we reported how an 84-year-old motorist was jailed in Scotland after he killed a cyclist despite twice being told to surrender his driving licence due to his failing eyesight in the months beforehand.

> Jail for motorist, 84, who killed cyclist after being told not to drive due to failing eyesight

The High Court in Edinburgh heard that John Johnstone, who had admitted causing the death by dangerous driving of 57-year-old Hanno Garbe near Aviemore in March 2019, was only able to read a registration plate from a distance of 4.8 metres, instead of the 20 metres required by law.

In October 2018, an optometrist at a branch of Specsavers in Inverness told Johnstone during an annual eye examination not to drive because he had cataracts in both eyes, and to surrender his driving licence.

He was given similar advice after attending an eye clinic at the city’s Raigmore Hospital two months later, but continued to drive, with fatal consequences for Mr Garbe.