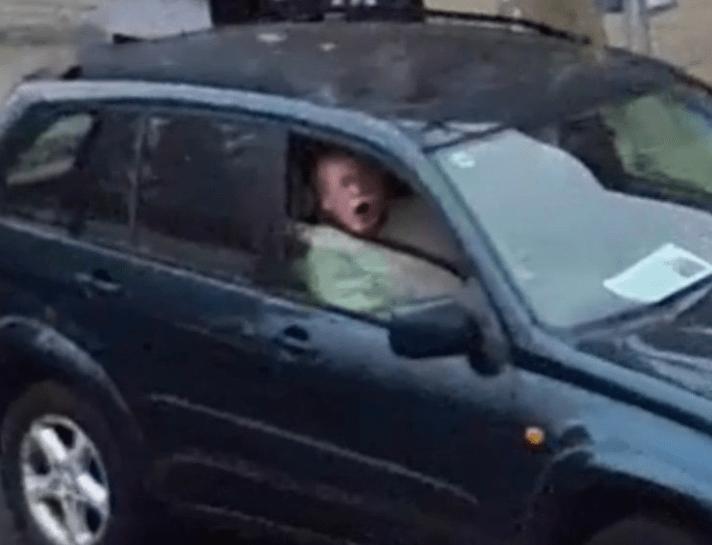 “Get off your bikes!” Anti-cycleway campaigner yells at kids using new route

West London cyclists could be forgiven for thinking that Christmas has come early for a second year running – almost a year to the day after the opening of the first section of Cycleway 9, the remainder of the route was officially opened this weekend. But as this video by broadcaster Jeremy Vine shows, parents and children riding their bikes on the new cycle lane on Saturday got a bit of Grinch-like treatment, being shouted at to “Get off your bikes!” – by an opponent of local active travel infrastructure who is also a former local Conservative chairman.

David Giles was suspended as chairman of the Chiswick Riverside Ward Conservatives in October after describing Labour-run Hounslow council as the ‘Brentford Taliban’ on Facebook.

Local news website ChiswickW4.com said that at the time that Giles – a former Tory councillor in Hounslow and also now involved in the OneChiswick group opposed to low traffic neighbourhoods and the cycleway that runs along Chiswick High Road – had previously been warned by his party about his comments on social media.

On Saturday, he was filmed by Vine, who lives locally, shouting at people taking part in a ride to celebrate the opening of the new section of cycleway from King Street to Goldhawk Road, where the Hammersmith & Fulham his its boundary with Hounslow, and onwards to Turnham Green.

There's a lot of politicians round my way who are angry about cycle lanes, I get that. Most are decent people. But it comes to something when one of the most vocal activists starts yelling at children who are on a cycle ride. Words fail. Have a look. pic.twitter.com/YKyeiJS1iY

Driving his car in the opposite direction, Giles leant out of his window and shouted “Get off your bikes!” at riders including children, some riding bicycles on their own, others in cargo bikes.

As Vine, who was taking part on the ride on his penny-farthing and has regularly tweeted videos of the section of cycleway opened last year along Chiswick High Road says in his tweet, “There's a lot of politicians round my way who are angry about cycle lanes, I get that. Most are decent people. But it comes to something when one of the most vocal activists starts yelling at children who are on a cycle ride. Words fail. Have a look.”

Twitter user Roger Adams, who retweeted Vine’s tweet, wrote: “Just to be clear: this isn't unusual for those of us who ride bikes, to have some random just shout at us. This one is a classic – going the opposite direction, no possible moment of obstruction. I've had that a couple of times. It's very odd behaviour.”

Hundreds of people took part on Saturday’s ride and local website The Chiswick Calendar has a huge gallery of photographs including many taken by Paul James, who said: “I wrote to the council 20 years ago telling it I felt unsafe gong straight on to Chiswick High Rd at Chiswick Lane with drivers often left hooking me in a hurry to get past. It’s great to see it’s safe now for the next generation …

“It was such a life affirming event to see all the smiles on those kids faces, even the smallest ones rode for miles without complaining once …

“It’s so good to see this sort of thing happening on our streets,” he added.

Wonderful piece! Thank-you @LBHF for making this possible and for @TheChiswickCal for posting such great photos #Chiswick #Cycling #C9 https://t.co/8ad4XCWqww

Leo Murray of the campaign group W6 Safe Cycling Families, who helped organise the ride, said: “It was a lot of fun! The mayor of Hammersmith and Fulham PJ Murphy cut the ribbon, held by kids on both sides, and then came on the whole ride with us, which was lovely.”