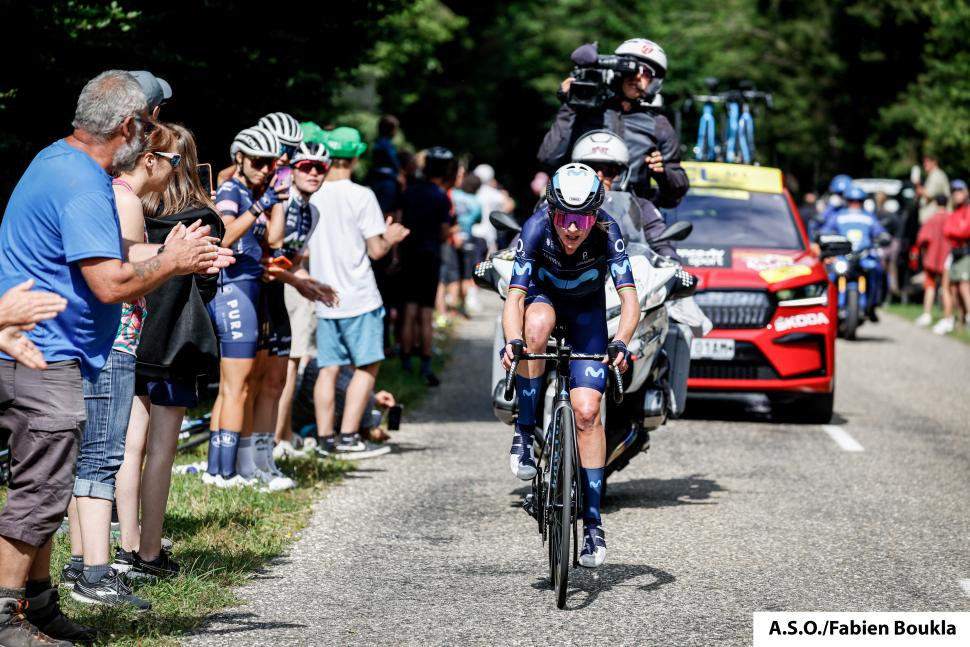 The Dutch rider smashed today's mountain stage after trouble with illness earlier during the tour...
by Suvi Loponen

Movistar's Annemiek van Vleuten triumphed on the seventh stage of the Tour de France Femmes avec Zwift, dropping her rivals early on in the mountainous stage and taking the yellow jersey and stage victory.

Van Vleuten was on fire on today's 127km long stage from Sélestat to Le Markstein, after she had defeated the stomach bug that was troubling her earlier during the week.

“It was such a rollercoaster after being sick,” van Vleuten said after the stage. “I was so sick and then to win here like this is unbelievable. It’s beautiful to finish here solo. Incroyable!”

Van Vleuten, who was for many a favourite for this stage, took the race lead early on Petit Ballon, the first climb of the day, and would not slow down until she was across the finish line.

She rolled over the line with a 3min 26sec gap to SD Worx rider Demi Vollering, who was chasing van Vleuten alone for nearly half of the race.

Overnight leader Marianne Vos (Jumbo-Visma) was dropped early on and finished 49th on this stage. 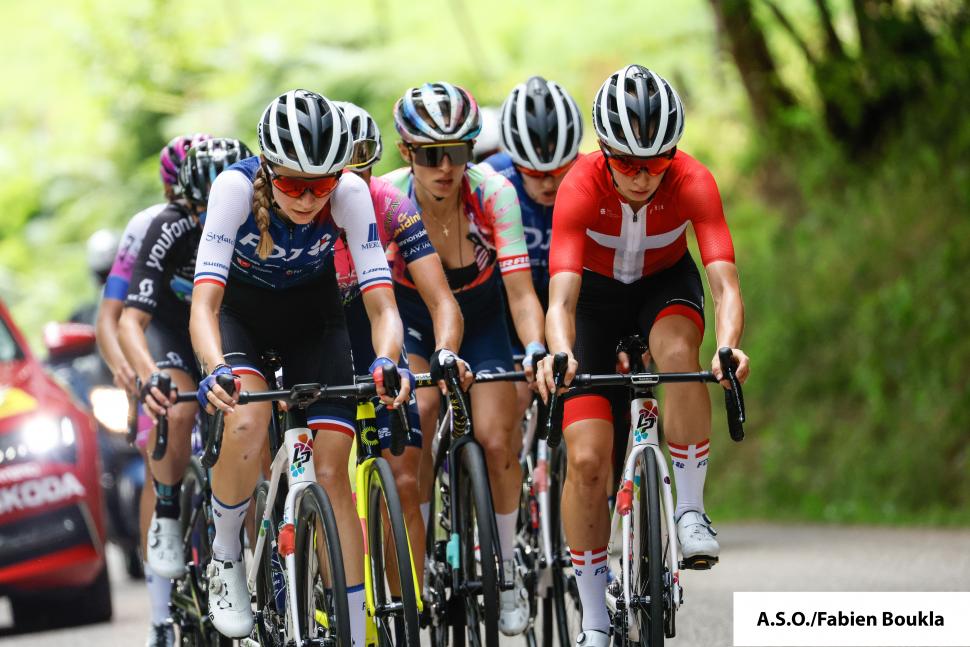 Chasing the Dutch duo was a group led by Niewiadoma - but the gap to Vleuten never closed to much less than five minutes. From this trio Cecilie Uttrup Ludwig from FDJ Suez Futuroscope sprinted to third place, followed by Juliette Labous (DSM) and Katarzyna Niewiadoma (Canyon/SRAM Racing).

Team DSM announced today that Lorena Wiebes who won the first and fifth stage of the tour is out of the race and will not be riding the final stage tomorrow. Wiebes was involved in the large, high-speed crash yesterday and though she was cleared to start today's stage, she dropped out in the early kilometres.

Wiebes said: “I am really proud of the two stage wins we achieved together but of course I am really disappointed to end that great week here with the team by not finishing the race. It’s better now though to get some rest and recover for the next goals. I want to wish the rest of the girls the best of luck for tomorrow’s final stage.”

Before the last stage tomorrow, the shaken-up general classification now stands as follows:

Tomorrow's stage will be a similar, long and hilly route starting from Lure and finishing in La Super Planche des Belles Filles, covering 123km. We will see if van Vleuten holds up her considerable lead.