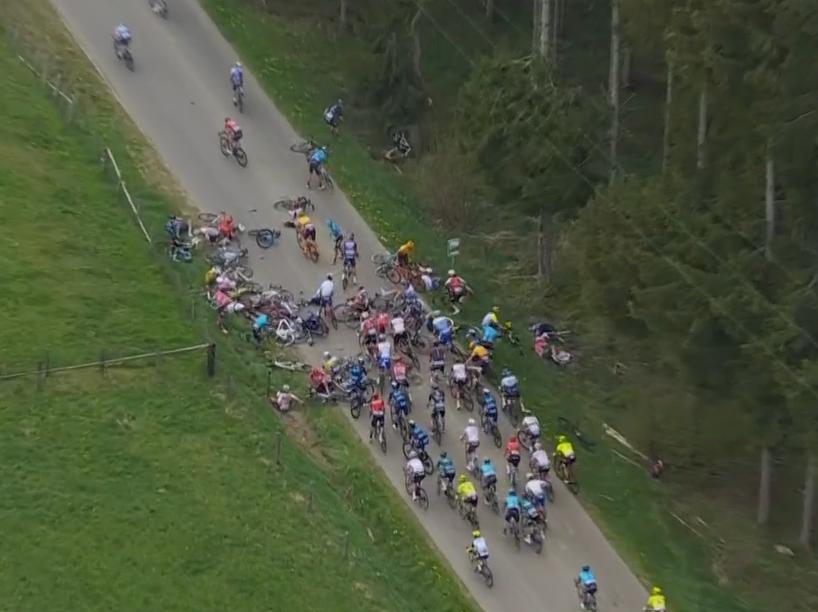 The Quick-Step Alpha Vinyl leader crashed off the road and into a ditch after a touch of wheels towards the front of the peloton led to the nasty spill, which occurred on the descent before the Col du Rosier, with around 60 kilometres remaining in the fourth monument of the season.

DSM rider Romain Bardet could be seen climbing down into the grass verge to check on his compatriot, sparking concerns for Alaphilippe’s health.

“It was just a nightmare,” a visibly distraught Bardet told VeloNews after the race.

“Tom Pidcock and a rider from DirectEnergies crashed in front of me on the right, and I crashed on the right too, but I was really OK.

“When I looked around I saw Julian maybe five or six metres down, and it was an emotional shock because he was in a bad situation. No one was coming and he really needed help. It was an emergency situation. He couldn’t move, he couldn’t breathe.”

Respect to DSM rider Bardet climbing down the side of road to go check on Alaphilippe https://t.co/VCfKgiah8p

Fortunately, Alaphilippe’s partner and former pro Marion Rousse, the race director of the Tour de France Femmes, told French television soon after the crash that the world champion was conscious and was being treated in an ambulance for back pain.

His Quick-Step team later confirmed that Alaphilippe suffered a collapsed lung, two fractured ribs and a fractured shoulder blade after falling several feet and hitting a tree. The team said that his condition is stable as he remains in hospital to undergo further tests and treatment. 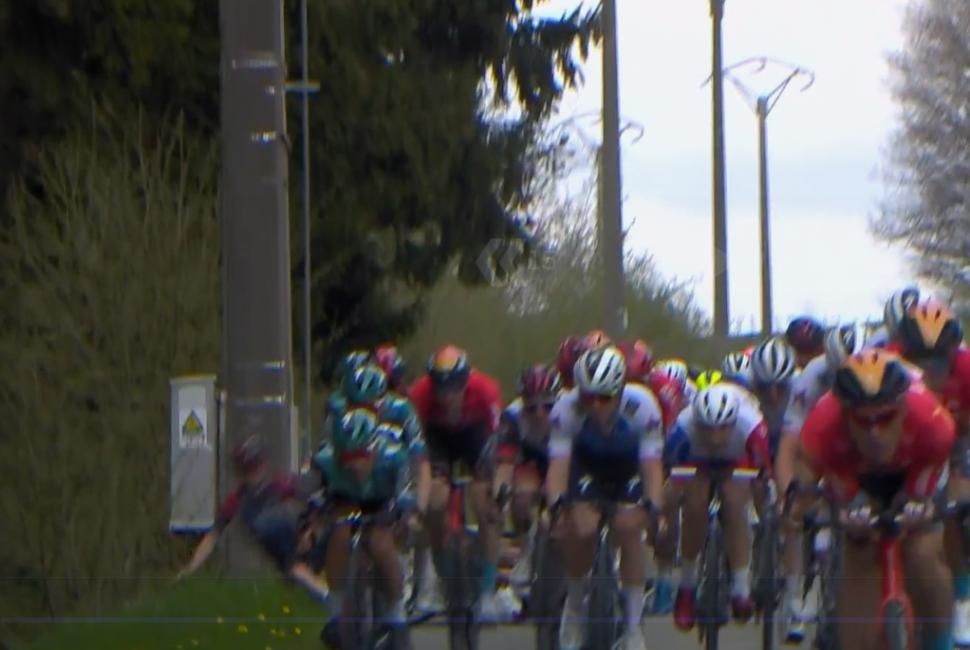 An Ineos Grenadiers rider, which appeared to be Pidcock, fell off the side of the road immediately after the initial touch of wheels. The British rider regained his place in the peloton, but was distanced with around 40 kilometres to go.

The 22-year-old prodigy definitely banished any lingering doubts over his ability to perform at the highest level, attacking over the top of the Côte de La Redoute, the race’s emblematic climb, to effectively time trial his way to a first monument victory. 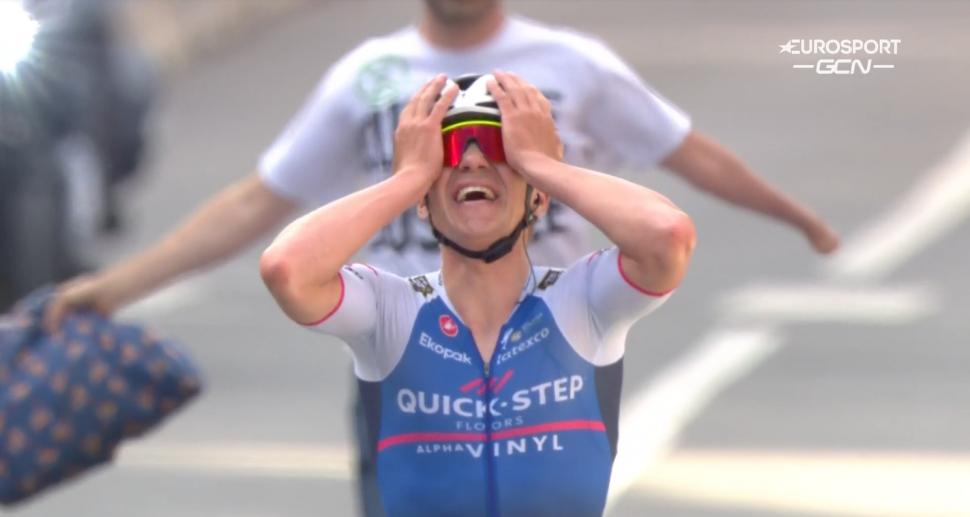 “It was amazing, it was really hard,” an emotional Evenepoel said after his win, which comes less than two years after his horrific crash at Il Lombardia in 2020, which appeared to stall – at least temporarily – his meteoric rise to the top of the sport.

“With a headwind it was really difficult to keep pushing but I knew everybody was suffering all day.

“I’ve been suffering mentally and physically a lot the last year and a half. Finally this year I feel that everything is going well and getting stable, and I’m getting to the best Remco again.

“Today I showed the best Remco since turning pro. I’m really proud and happy to win this race.

“I want to thank everyone for always believing in me, even when I had difficult days – I’m really proud to have won today.”

In the women’s race, Annemiek van Vleuten similarly put paid to any concerns about her form with an equally impressive solo victory. The 39-year-old attacked on La Redoute only to sit up a few kilometres down the road, before launching her definitive, race-winning move on the Côte de la Roche-aux-Faucons.

Grace Brown, who Van Vleuten dropped towards the top of the race’s final climb, beat Demi Vollering in the sprint for second place.

“To have the confidence today to go all-out twice and have it work out, that’s the best,” the Dutch Movistar rider said. “It could have been an option to go all-out only on the Roche-aux-Faucons.

“But it is a new final, you don’t have the Saint-Nicolas anymore, and I know that I have better chances when I go all-out twice. It’s like with good wine, the strength also comes with age, and the more efforts I make, the more chances I have to break away.”