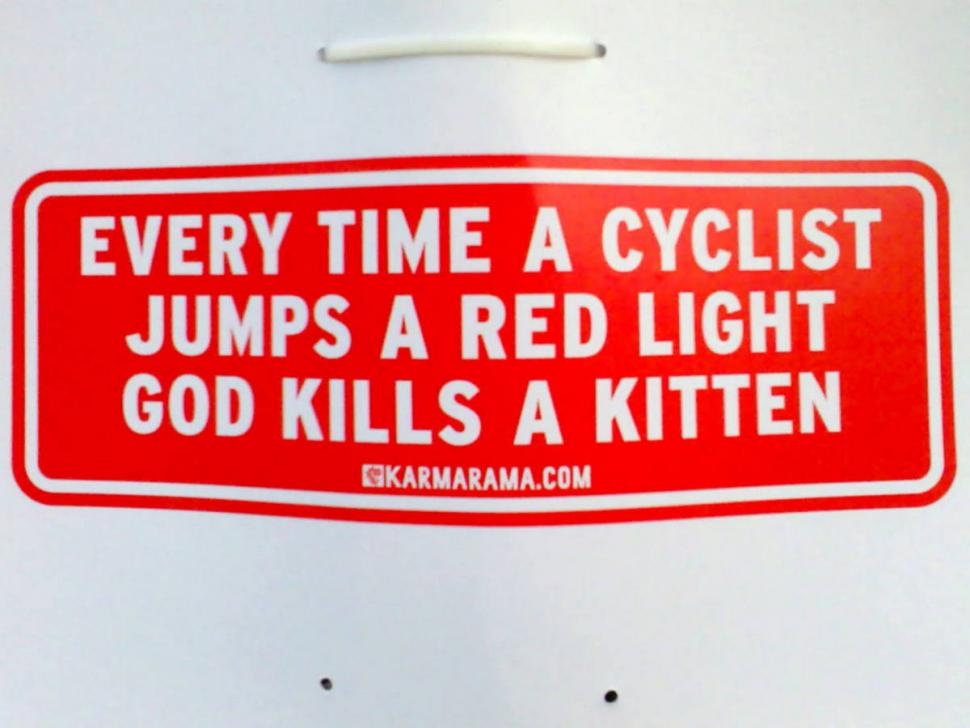 London’s Licensed Taxi Drivers Association (LTDA) has footage that it claims shows a majority of cyclists ignoring the red light at a junction in Hackney. But our analysis of the complete video footage from one location shows that most cyclists obey the law.

The LTDA claims that of 170 cyclists who passed through the junction of Hackney Road and Queensbridge Road in the morning rush hour on one day in September, 108 failed to stop at the red light, a staggering 64 percent. At another junction in Camden, 86 out of 194 failed to stop.

But we counted a total of 750 cyclists riding through the junction along Hackney Road toward the city centre. Of 243 who arrived when the light was red, 131 stopped. And of 104 riders entering from the side street, Queensbridge Road, all but 2 stopped at the light.

The LTDA released an edited version of its footage, as well as the full hour of video from Hackney and Camden.

“Various cycle action and lobbying groups constantly assure Londoners that cyclists are law abiding,” the LTDA says in the introduction to the edited version of the footage. “Apparently it’s only a few ‘rogue’ cyclists who jump red lights and flaunt (sic) the rules of the road...

“This theory is in stark contrast to the evidence that most Londoners witness every day. The LTDA decided to test the theory and discover the truth. We set up a hidden camera at busy traffic light controlled junctions to record what really happens every day on our roads. What we found shocked us...”

To find out if things were really as bad as the LTDA says, we watched all of the Hackney Road video. It shows 750 cyclists passing through the junction, heading towards the centre of London between 7:30 and 8:30 in the morning.

What the video also shows, though, is the behaviour of riders coming out of Queensbridge Road. All but two of the 104 riders turning right down Hackney Road do so just after the lights change, indicating that they have stopped. If LTDA had positioned their camera elsewhere on the junction, they’d have found over 98 percent of cyclists following the rules, and not had much of a story.

The hour-long video covers 52 cycles of the lights, and also shows 29 motor vehicles stopping in the advanced-stop box, and eight failing to stop at the red light. That includes three extraordinarily hairy right turns into Queensbridge Road such as the one made by the driver of the silver car at about 47:10:

We point this out not to excuse the behaviour of the cyclists but to demonstrate that some Londoners seem to have the attitude that the Highway Code is more what you'd call ‘guidelines’ than actual rules.

Why are riders failing to stop at this junction? On the map, it looks like a crossroads, but Horatio Street is a residential, one-way except for bikes, and has very little traffic emerging from it. The risk of a collision from riding through the red light here is negligible. These riders may be breaking the rules, but it’s arguable that they’re doing anything dangerous.

The junction in Camden where the LTDA chose to film has similar issues. In our forum discussion on this video, poster jamesv said: “I cycle through the fortess junction every weekday on my commute and if I were to pick one junction on my route to skew statistics it would be this one - by far the most RLJing cyclists.”

Management guru W Edwards Deming once said: "Your system is perfectly designed to give you the results you're getting." If you wanted to design junctions to make cyclists feel it was safe and reasonable to break the rules, these junctions are what you’d end up with.