Austrian-based Xentis produce distinctive carbon fibre wheels for road and mountain bikes and they’ve just landed a new UK distributor in the shape of Poshbikes, who also look after Scapin and Olympia.

The wheels are well known in the triathlon market but less so in the road world, but that could be set to change, and that's a good thing because we're itching to ride a set and see just how they perform. They’re manufactured and hand-built in Austria, where they are actually owned by Remus, a high-end automotive company. So there’s a lot of expertise for Xentis to tap into, useful when dealing with material like carbon fibre. 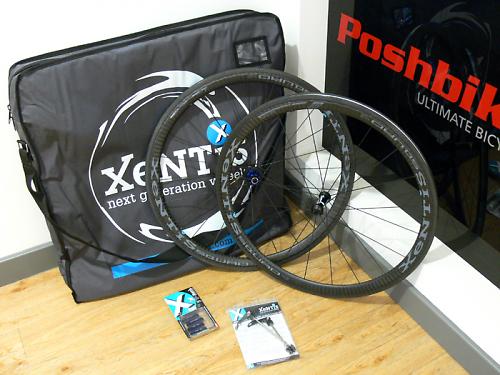 Xentis have some interesting tech that does set them apart from the many other wheel manufacturers on the market. One of the key features is their XBP brake track. Braking performance on carbon wheels has been, and still is, one of the big hurdles for wheel manufacturers to overcome. Xentis though reckon they've cracked, using a machined surface that removes up to 80% of the resin content. The aim is to reduce heat buildup,  excessive heat in a carbon rim can lead to a deterioration of braking performance, and in extreme cases structural failures or blown inner tubes.

Because of this braking surface, regular brake blocks can be used. That’s an attractive quality if you want to be able to switch regularly between your carbon and alloy wheels but don’t want to be changing the brake blocks every time, which is a fiddly job. Xentis do supply their own brake pads, developed with Swissstop, which they say can be used on carbon and alloy wheels.

A look at the range of wheels on their website reveals plenty of choice. Their entry-level offering is the XBL 4.2 (pictured above) a full carbon clincher with a claimed weight of 1430g and a £1,524 price tag. That makes them pretty competitive on both fronts. 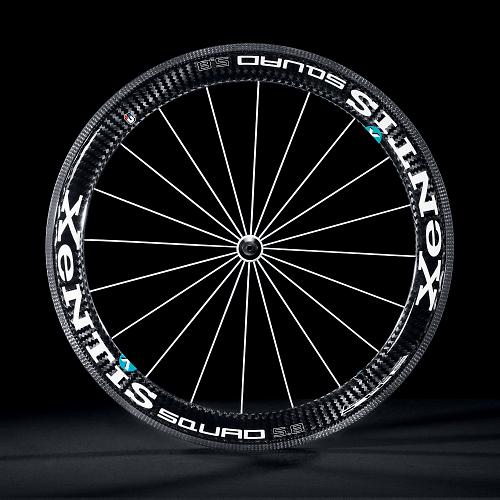 Next up is the Squad range of wheels, which use the company’s unique  'Active Turbulator', a device aimed at improving aerodynamics by detaching the airflow in much the same way a Zipp wheel does with its dimpled 'golfball' surface. They’re available in tubular and clincher with 25, 42, 58 and 75mm rim depths available. Prices start from £1,971 and rise to £2,310. 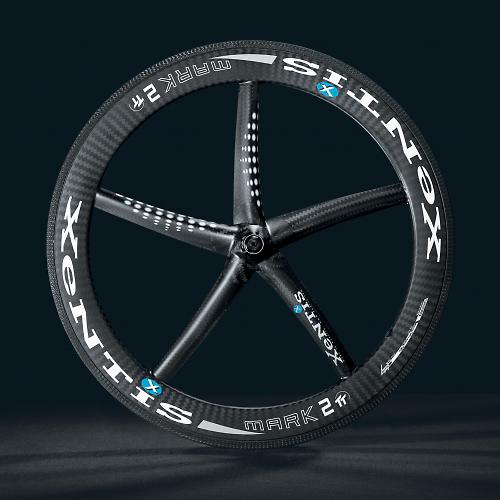 Further up the range are the unique carbon monocoque wheels, which the company is famous for, using four- and five-spoke designs. The Mark 1 is a 4-spoke and costs upwards of £2264, while the Mark 11 is a 5-spoke model. Prices start from £2791 for that one.

road.cc should hopefully be getting a set in for test soon so we can find out what they’re like to ride. In the meantime, you can find out more by phoning Poshbikes on 01622 762055 or emailing info [at] poshbikes.com. And you can see the full range of wheels at www.xentis.com/en/overview/products/