It has been a few years since road.cc last tested an Obrea, but we’ve just got our hands on this £2,999 Orca B M10 with a brand new Shimano Ultegra Di2 11-speed groupset for testing.

Hailing from the Basque country, Orbea are famous for their orange bikes that ensured the now defunct Euskaltel-Euskadi stood out in the pro peloton, in only a way an orange bike can. Not only did their bikes stand out from the crowd due to the orange paint, but because of the clear investment in research and design and latest carbon frame manufacturing the Orca demonstrated. The model has been with us for ten years, and has constantly evolved in that time. 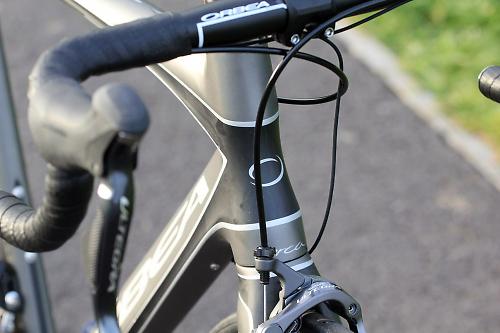 The Orca B M10 we have here closely resembles the redesigned Orca that debuted at the Tour de France, but there are subtle and important differences. Orbea split the Orca range, which numbers 15 bikes in total, into two halves with the top-end M-range made using Performance carbon, and the Bronze range using an Evolution carbon, a blend of intermediate modulus fibres compared to the high modulus carbon used in the top models. 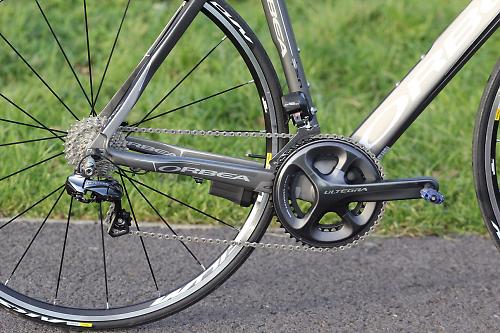 Offering a good spread of prices, the Bronze range starts at £1,349. This model, which tops the range, costs £2,999 with an Ultegra Di2 11-speed groupset. There are another seven models above this bike, all of which use the latest Orca frameset boasting even more integration, aero features and posher carbon fibre, topping out at £8,699. 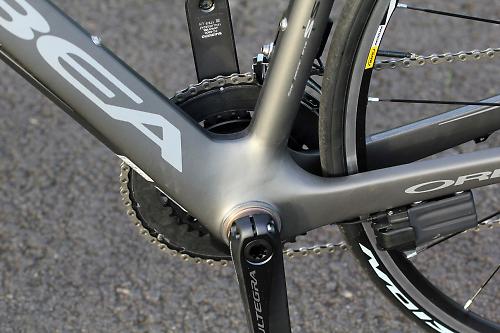 There are many similarities to the top-end Orca though, but look closer and subtle differences become apparent. The most obvious difference to the model we’re testing are details like the integrated seat clamp, carbon dropouts, cable routing and different tube profiles to improve aerodynamics. This model certainly doesn't look second best in any way. 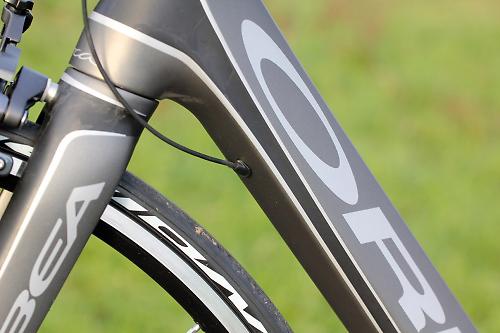 While they don’t label the Orca as an aero bike, Orbea call the shape of the main tubes AIZoneE (aerodynamics investigation zone). This is their name for a frame that reduces aerodynamic drag while maintaining a high level of stiffness. The head tube is pretty narrow, pinched in at the middle, the down tube is aero shaped with a pointed trailing edge giving way to a cut tail at the water bottle mount, and the seat tube is slightly ovalised with a hint of a cutaway close to the rear wheel. 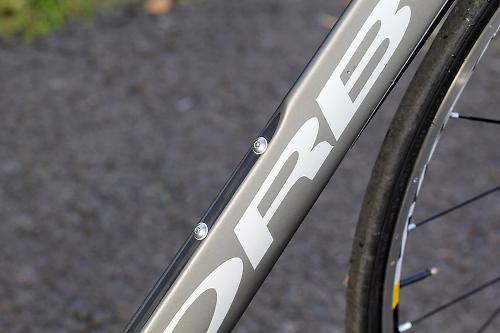 Orbea recognise that as important as aerodynamics and stiffness are in a frame, comfort is also an important factor. Especially for the likely customers of these entry and mid-range bikes. To achieve that the frame and fork have dramatically kinked shapes that Orbea says dampens the vibrations from riding along bumpy rough roads by absorbing the compressive forces. The kinked shapes are something of an Orbea trademark, and you see it in across their range of bikes. 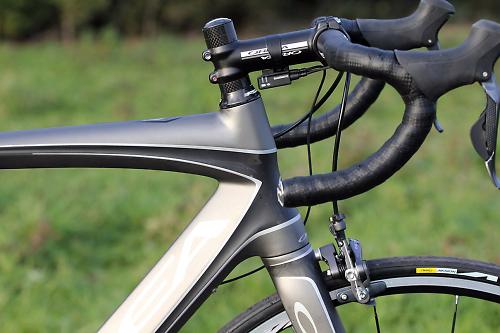 The frame is compatible with mechanical and electronic groupsets, and with a Di2 groupset installed the wires are very neatly routed inside the frame. The rear brake cable is also routed internally. There’s other rapidly becoming standard features such as a tapered head tube and press-fit bottom bracket. 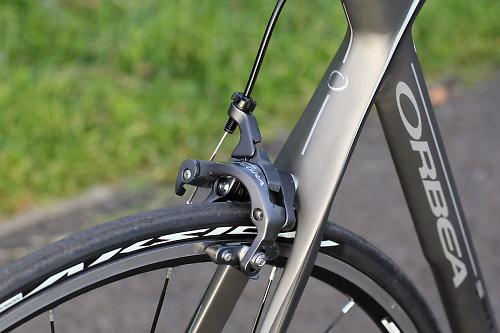 As mentioned, the bike is fitted with Shimano’s latest Ultegra Di2 groupset, which follows Dura-Ace with the upgrade to 11 sprockets on the cassette. It’s the first time bike we’ve managed to get our mitts on the new groupset so I'm looking forward to seeing how it performs - I’ll be bringing you a separate review on the groupset once we’ve logged the necessary miles. The bike pairs a compact 50/34 chainset with an 11-28 cassette. 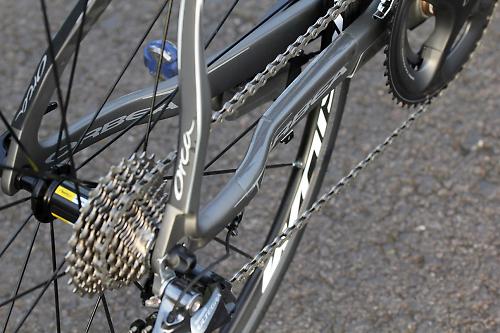 The rather modest Mavic Aksium wheels are far from the lightest but they’re reliable and stiff, and come fitted with the French company’s own 23mm rubber. The Orbea website lets you upgrade to Mavic’s Ksyrium Equipe WTS wheels for an extra £157.50, which seems a good deal and would be an attractive upgrade if you want to lighten the overall bike a little. 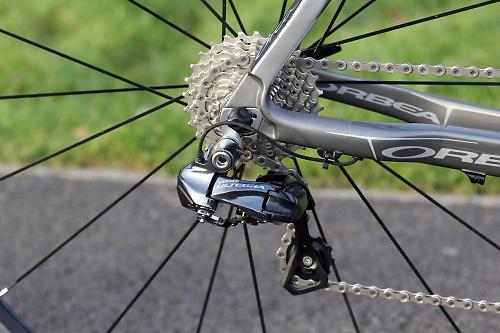 Orbea have their own inhouse parts brand which they use for the alloy stem, compact shaped handlebars and carbon seatpost. A Selle Italia SL Flow saddle completes the build, which on the road.cc scales comes out at 8.10kg (17.85lb)

Right, I’m off for a ride on it, stay tuned for a review.

More info about Orbea at www.orbea.com