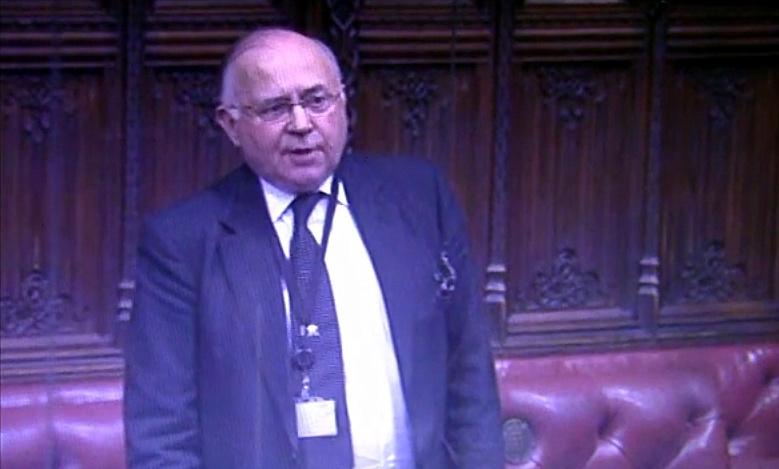 Cyclists are “longing” to be run down, says peer

Down with this sort of thing
by John Stevenson

A Conservative peer has said that cyclists are “longing” to be run down and that campaigns to protect cyclists are “creating a new and separate society” that will lead to “catastrophic accidents”.

Lord James of Blackheath was speaking in a House of Lords debate on a bill to tackle littering from cars. He said that the bill did not go far enough in dealing with anti-social behaviour on the roads and suggested it be extended to deal with cyclists taking photographs of traffic.

The 75-year-old said: “The Times is pursuing, to a ludicrous degree, the cause of cyclists to the point where they are creating a new and separate society in London, in which cyclists think they have a superior law and control over everybody in a motor car.

“This is going to lead to some catastrophic accidents very soon.”

The particular manifestation of this that concerns Lord James seems to be cyclists taking photographs of drivers.

He said: “On three mornings, driving up the A3 in the Balham and Clapham area, I have seen cyclists put their cycles up against the central reservation — not the line where the bus lane is — stand in the middle of the road with a camera and defy you to run them down while they photograph you doing it.

“That is what they are longing for.

“We need to have that sort of behaviour excluded because it is going to lead to their demise and our prosecution: it is ridiculous.”

Lord James, a City businessman, has something of a reputation for bringing unusual subjects to the attention of the House of Lords. In 2010 he claimed that a mysterious ultrarich organisation known as Foundation X was willing to back the UK's recovery with huge interest-free loans, and in 2012 he claimed to have uncovered a massive $15 trillion money-laundering fraud from the United States Federal Reserve.

Another scourge of our times is also close to Lord James’ heart: the behaviour of schoolchildren in buses.

He had persuaded his wife to accompany him to Twickenham to watch the rugby and she had been “horrified” to see “school buses coming down the road full of children indulging in a pastime which is, I believe, called mooning.”

“The sight of some 40 children mooning simultaneously is not a pretty one.”

While Lord James did not say how he would punish cyclists taking photos or children displaying their bare bottoms, he said that his wife, a youth justice officer, watched motorbike police  driving past the kids and said: “We have a law against this sort of thing. Why are they not being brought into court? I would put them away for a year if I got them.”