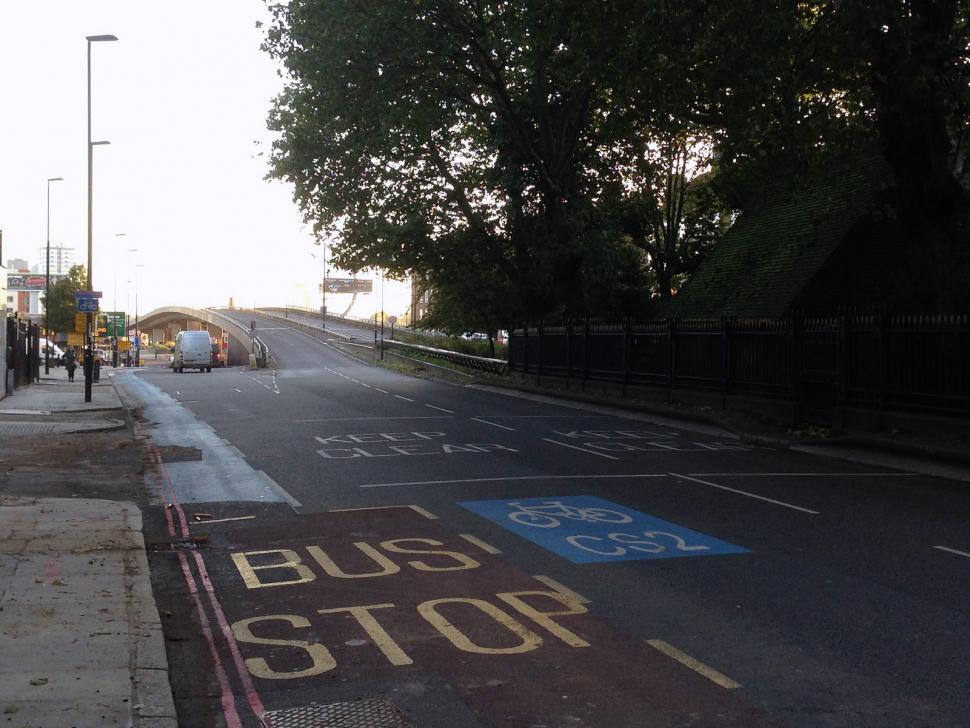 "Cycling is not getting safer," says Baroness Jones...
by John Stevenson

Mayor of London Boris Johnson faced strong criticism of his record on cycle safety in the London Assembly’s Mayor’s Question Time this morning with Assembly members accusing him and Transport for London of moving too slowly to help London cyclists and of actually making the roads more dangerous.

In his comments on the recent deaths on London’s roads, Boris Johnson said: “The spate of fatalities we’ve seen in the last couple weeks must be seen in the context of an overall decline in fatalities.”

He said that there had been 81 fatalities since he came to power in 2008, but 102 in the same time period previously.

“Statistically it is getting safer to cycle. Your journey is less likely to end in a fatality.”

Reacting to calls for action to improve conditions for cyclists on London’s roads and especially on Cycle Superhighway 2, he said: “It is very easy to put in substandard or inadequate schemes and then be forced to take them out again because they have been badly researched or badly thought through. That is not what we want to do. We want to make sure that what we do produces genuine improvements for London.”

Some campaigners would no doubt say that putting in a substandard scheme is exactly what happened with Cycle Superhighway 2.

One campaigner who’s been vocal in her criticism of Boris Johnson’s transport policies is Green MLA Jenny Jones.

Baroness Jones said that Mr Johnson was using the fatality figures to play down the problem, and ignoring the figures about serious injuries.

“Cycling is not getting safer.”

Asked by Baroness Jones when he was going to apologise to the families of cyclists killed on London’s roads and to those seriously injured, Mr Johnson responded that she should apologise for her “continual scaremongering”. He claimed that before he was mayor Baroness Jones had done nothing for cycling and she should be the one to apologise for her inertia and failure to work for cyclists.

Baroness Jones countered that she was the first person to mention road safety and cycling in the London Assembly and called Johnson’s claims “outrageously incorrect”.

Mr Johnson has been accused of blaming the victim in his recent remarks about cycling deaths, and Baroness Jones repeated that accusation today.

Saying that after two years Mr Johnson had failed to produce any data to support his 2011 claims that the high level of pedestrian casualties in London was due to people being distracted by handheld devices, Baroness Jones asked where was the evidence that wearing headphones was a factor in cycling casualties.

“If we do have any such data then I’d be happy to share it with you,” said Mr Johnson.

“It’s perfectly obvious that accidents on the roads are caused by many factors. I think it is dangerous for cyclists to have headphones on in London traffic.”

“You can’t pick on one factor” said Baroness Jones.

Mr Johnson said: “It’s entirely reasonable of us to focus on what we can do to make HGVs safer, but I think many people would think that the conversation was inadequate if we didn’t draw attention to the additional responsibility of cyclists to be sensible and to obey the rules of the road.

“If you seriously disagree with that, then I think that you need your head examined.”

The debate became increasingly heated, with both sides accusing the other of wasting their time. It ended with Mr Johnson saying that it was time Baroness Jones “went off to the House of Lords where you belong and wasted their time.”

“You’re just jealous,” she said, to laughter from the chamber.

Liberal Democrat MLA Caroline Pidgeon wondered why it took 18 months to build a cycle lane “on a very straightforward piece of road”, and demanded ort know what the mayor was doing to get the engineers at Transport for London to move at the speed Londoners expect and not the speed of traffic engineers.

Mr Johnson replied that he and TfL had “shifted heaven and earth to get these things installed”. Ms Pidgeon said it was  “not fast enough for ordinary Londoners who want to cycle but want to be able to cycle safely,” and added: “Mr Mayor you need to start taking responsibility for this.”

You cxan watch the full verbal fisticuffs between Boris Johnson and Baroness Jones in this video.

Londoners asked for their views on cycling safety

The London Assembly today asked Londoners to take part in a survey covering cycle safety, superhighways and bike hire in the capital. The Assembly have been active in recommending steps Mayor Boris Johnson could take to make cycling in the capital safer.

The Transport Committee's report, Gearing Up, published a year ago, promoted ideas including reviewing junctions and superhighways, segregation for cyclists and doubling the funding to match the percentage of Londoners travelling by bike.

At a meeting focussed on cycling (City Hall, 10 December), the Committee will question those in charge of cycling, including the Mayor's Cycle Commissioner, Andrew Gilligan, about whether or not any progress has been made to make London roads safer. In preparation, the Committee wants to collect the views of London's cycling community to feed into the meeting.

1
Team GB's Charlie Tanfield struck by motorist in “intentional” hit and run
2
Could a new electronic groupset be coming soon? Plus new stuff from Look, Canyon, MAAP, Smith, and loads more
3
Moriah Wilson murder: Pro gravel rider expresses “regret and torture” after police issue arrest warrant for partner
4
Vandals target LTN bollards and planters less than 24 hours after trial is introduced
5
“Drivers have a responsibility to protect vulnerable road users”: Hi-vis police officer close passed by lorry driver
6
Near Miss of the Day 773: Close pass driver sent warning – then “brags they got away with it”
7
“I wholeheartedly disagree with his approach” – YouTube driving instructor Ashley Neal on CyclingMikey
8
Key Bristol cycle lane to be scrapped – because council claims it causes flooding