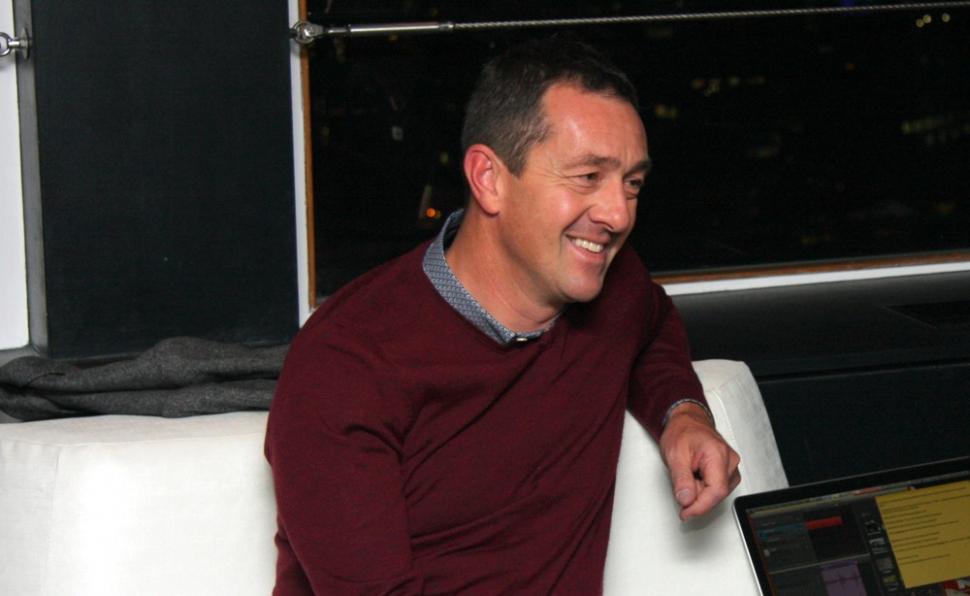 Last week saw the launch of Boardman Bikes’ new Elite range and we caught up with Chris Boardman himself to find out where he thinks bike design, and the Boardman range in particular, is heading next. He also gave us an insight into what how he thinks the UCI tech rules should be brought up to date…

road.cc: The new Elite range looks exciting and it seems like it covers a lot of ground. Is there a bike that stands out as your favourite?
Chris Boardman: That’s hard. I suppose it has got to be… Well, it’s a bit like saying which is your favourite kid! We’ve certainly put a lot into the time trial bike [the AiR/TTE]. 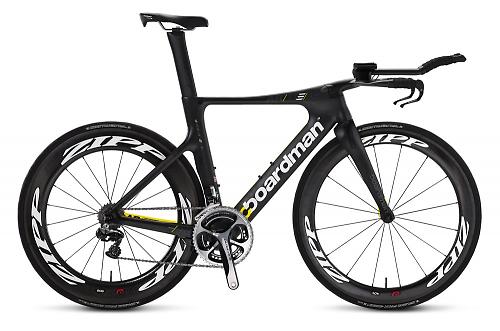 The whole company has gone through a learning process with this range. We’ve been working on it for two years, fighting to get to the launch. I’ve done a lot of stuff with the British Cycling team where we had to deliver on a particular day, and we delivered 1,793 pieces of equipment on time, so I know what it’s like.

You always try to cram in as much as you possibly can, although that makes it difficult. It’s quite a relief now to actually launch it. We hope that people are going to like it – that’s the whole point of a commercial enterprise – but ultimately, that’s all you can do.

I actually learned this at the Olympic Games in 1992. I know it sounds daft but I can remember sitting on the start line thinking, “I’ve just got to be as good as I can be”, and to cross the line and see where it got me. At the time I was an unemployed carpenter with no money and 62 million people watching. It’s quite a liberating point of view. A psychologist called John Syer got me to realise that all you can do, ultimately, is the best that you can.

It seems like integration has become a big focus now, not just in the time trial world but in road bikes too…
Yes, integration is the future, more and more so. It helps aerodynamically – a bit – and it looks nice, so there’s a lot of incentive to integrate. 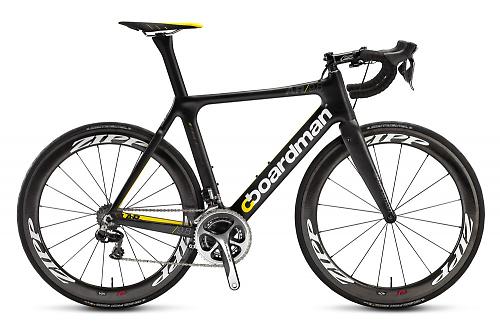 The challenge with integration, even though it looks beautiful, is that it gets incredibly expensive. So if you want to do a road bike, you’ve got to do all the handlebars and stems… how many different iterations would you have to do to make it work? That’s the challenge and that’s what we’re working on. 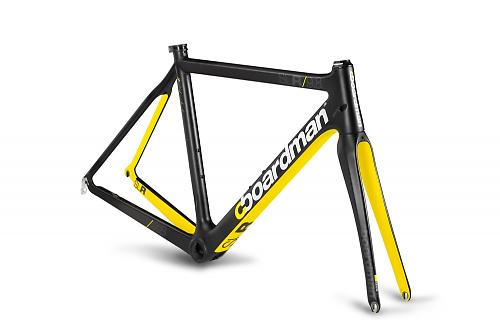 It’s logical to take things to the next step, putting brakes inside on a road bike – brakes that work well – putting seatpost clamps inside, our single bolt, four position seat post clamp… The next step is to work on the handlebars and stem, and we’re already doing that.

So development of the range is a continuous process?
It is, yes. It’s quite hard to let something go when you didn’t quite get one aspect ready, but you have to. 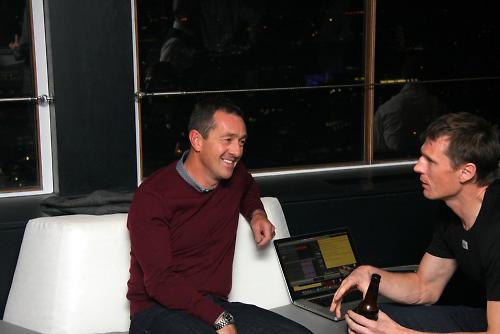 I think with all developments, what the punter needs to do is demand evidence of the benefits – preferably independent evidence –because there are so many claims, so much noise from people saying that this is faster, or that is faster.

So we’re going to see more integration, but what else are we going to see next in bike design?
Because of the UCI regulations, in the last 12-24 months people have gone, “You know, we could just make something for triathletes because we’re sick of these constraints and we don’t need them.” So that trend could continue unless the UCI rules change.

Will the Boardman brand go down this route?
I’d be fascinated to do it because I’d like to have the gloves off! We haven’t certified this bike [the AiR/TTE] with the UCI but I think it will be okay. 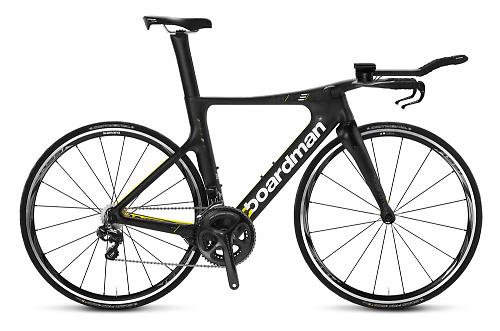 And if you’re thinking about chucking out the rulebook on the time trial/triathlon side of things, what about doing the same with road bikes?
Yeah, but the problem there is that you’re also going up against history. Cycling is a very, very historic sport. People have a perception of what a road bike should look like. You might not realise it, but there’s an influence in your head, so if you do something too different, people will react against it.

Where do you see the Boardman Elite range being in three years, say, or even five years?
I think you’d have to ask me in a year or so. Carbon fibre still has a great future. People are starting to mess around with titanium and aluminium again but I think that’s just a trend – trying to find a new thing to do. Carbon fibre isn’t going to go out of fashion any time soon. Weight-wise you can go a lot lower if you decide to throw out 6.8kg as a constraint. 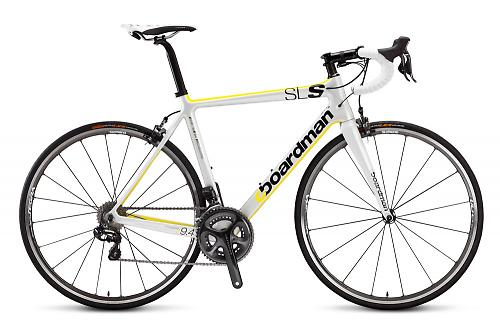 So that takes us on to the UCI tech regs…
I was asked to head up their commission two weeks ago, but I had to turn it down. I thought about it but to do it properly I’d need to not do other things, and conflicts of interest would get to the point where it would be untenable, but I’m having an input.

I’ll be interested to see which way they go. I think it’s possible that the regulations could change – not to have more regulations but to start stripping some out. That doesn’t mean that everything goes, but it’s so overcomplicated. There’s loads that could be done.

Okay, so with a new president just elected at the UCI, now seems the perfect time for change. What should be done?
It’s happening. I think we need to review the Lugano Charter [see below] based on the primacy of man over machine – but that’s as clear as mud.

What does that mean? You need to allow progression but at a level where the the costs and availability make it accessible to everyone, and then it’s fair.

So 6.8kg: that needs reviewing now. We know we can make a totally solid, safe bike well below that now, so let’s start to let things move forward. Let it move and let the industry flourish and grow. People want interesting new stuff. 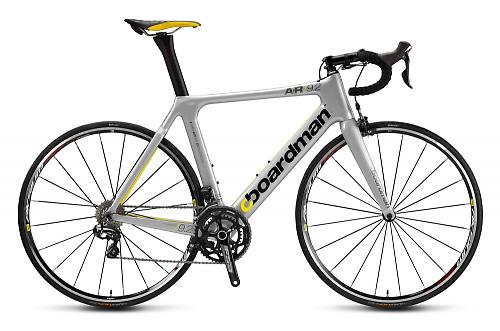 To be fair, the UCI have started to make changes. They’ve said that we’re not going to bother with fairings or no fairings, we’re just going to say, "Here’s the box, it [the relevant frame section] has to fit in the box," and suddenly it’s simplified. So there’s lots of stuff that could be stripped out and that’s the way to go.

Note: The UCI’s Lugano Charter of 1996 stated, “The UCI wishes to recall that the real meaning of cycle sport is to bring riders together to compete on an equal footing and thereby decide which of them is physically the best.”

It said that technological advances meant that, “The performance achieved depends more on the form of the man-machine ensemble than the physical qualities of the rider, and this goes against the very meaning of cycle sport.”

Essentially, the Lugano Charter led to bicycle equipment rules and regulations that were implemented in 2000, the best known of which is the minimum bicycle weight limit of 6.8kg for UCI-sanctioned road events.