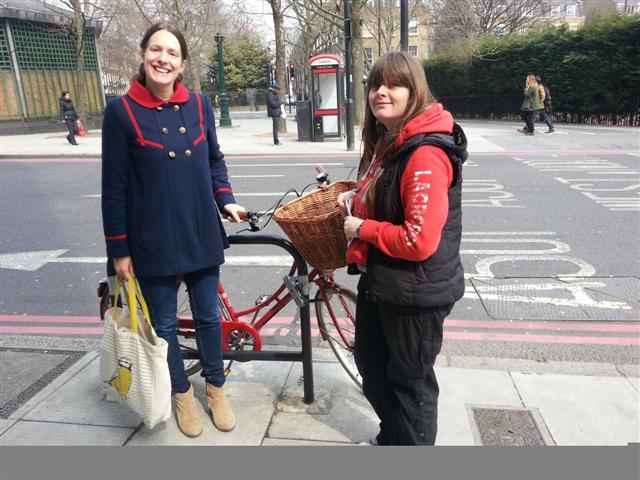 Bicycle thefts in Islington have dropped by eight per cent following a major crackdown in the area say the local police.

Against a three-year average (used to flatten out fluctuations caused by spells of extreme weather) bike theft is down by 10.3 per cent.

Islington Police’s Safer transport Team (STT)  has recovered a total of 19 bicycles with an estimated value of around £12,000, which have now been returned to their owners.

In April STT officers witnessed 29-year-old Lucasz Zielinski attempt to steal a Pashley bicycle which had a Brooks saddle, locked to a stand in Goswell Road, EC1. He was detained and found to be carrying bolt croppers, Allen keys and spanners. He was arrested and charged and later sentenced to four months imprisonment.

Another investigation by the STT led to a prolific cycle thief being given a five year Anti-Social Behaviour Order (ASBO) as well as a suspended 18 month prison sentence.

Inspector Phil Burke, Islington Safer Transport Team, said: "Our combined efforts in the last year have helped reduce cycle theft in Islington. We will continue to make it a difficult place for thieves to operate by enforcement and educating cyclists on the importance of cycle security".

John Hackers, from Islington Cyclist Action Group, told the Islington Gazette: “We absolutely love it. Bikes being stolen is apparently one of the main reasons people don’t cycle as much as they might.

“Getting on top of bike thefts is fantastic news.

Andrew Gilligan, the Mayor of London’s Cycling Commissioner, said: "Many people who have their bikes stolen simply give up cycling, so cracking down on this crime is essential for the Mayor's ambition to double the number of cyclists. In the months ahead, you will see more initiatives from us to pile further pressure on the thieves and shrink the market in stolen bikes."

If you’ve had a bike stolen and didn’t report it, it’s possible the police have recovered it. There are over  2,000 unclaimed bikes in police stations across London and the police have launched a photo gallery on Flickr in an attempt to get bikes and other items of stolen property back to their owners.

Project Cycle Ops is a collaboration between TfL, the Metropolitan Police Service, British Transport Police and the City of London Police. Over the last year the forces have security marked and registered over 40,000 bikes on BikeRegister.com, which helps to deter thieves and reunite people with their bikes if they are lost or stolen.

As well as encouraging people to get their bikes registered and security marked, police suggest that you ask to see proof of ownership and registration before buying a second-hand bike.

Combatting the trade in stolen bikes has been a major part of Project Cycle Ops. Gumtree.com now displays a message advising users to check a bike’s serial number against bikeregister.com and offering other tips to spot stolen bikes and scams.

Police have also worked behind the scenes with Gumtree to catch thieves in the act as they attempt to sell bikes and bike parts online.