US brand Parlee is releasing a new aero road bike called the ESX which it claims is super-slippery through the air, obviously, and also lighter and more comfortable than rival designs.

Parlee say that several key technologies lie behind the ESX’s performance, the central one being what they’re calling Recurve tubing. Bob Parlee has a background in boat design and his experience of creating shapes and sections that move efficiently through liquid apparently informed the Recurve design process, leading to the ‘fluted tail’ tube shape you see here.

Parlee reckon that, ‘Recurve delivers the ideal blend of low drag and high torsional stiffness — along with road-smoothing comfort that is so often lacking in aero bikes.’ 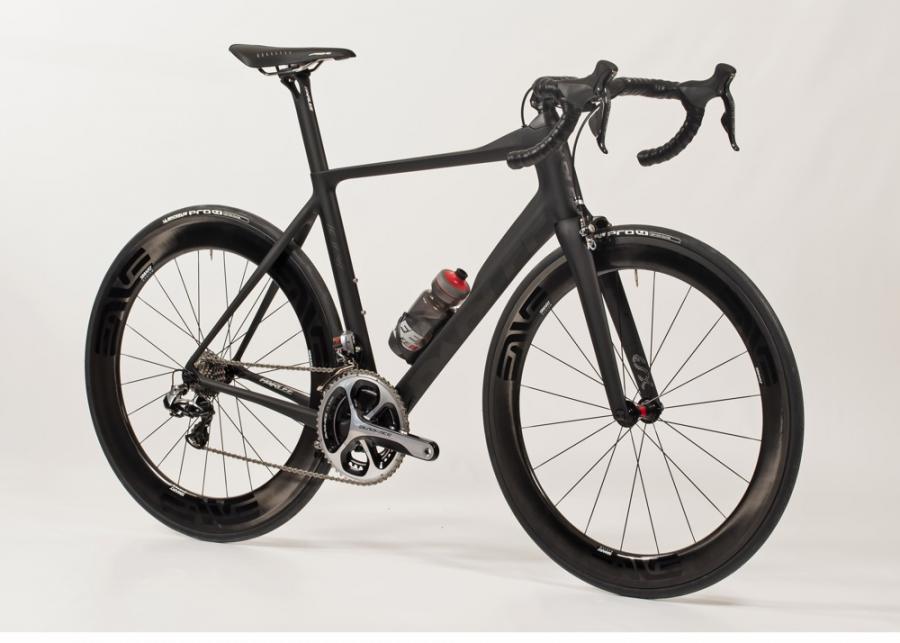 The ESX’s geometry is similar to that of the existing Parlee Z5 road bike, except it comes with an integrated, faired spacer which sits on top of the head tube to create a ‘tall’ version when installed. Parlee call this a Flex-fit top cap, and you can see it in the picture above, filling the step between the top of the head tube and the top tube. You can remove the spacer and replace it with a standard 5mm Cane Creek cover to lower the front end.

Parlee look to have gone with a wedge-type seatpost clamping mechanism with the Allen bolt sitting flush with the top of the top tube. That carbon seatpost, like the frame, is built using Recurve technology, and it’s available in zero and 25mm setbacks (distance from the centre of the post to the centre of the clamp). It is designed specifically for the ESX, weighs 190g, and is included with all framesets and complete builds. As for the braking, a direct mount rear brake sits behind the bottom bracket rather than on the seat stays, and the front brake is direct mount too. 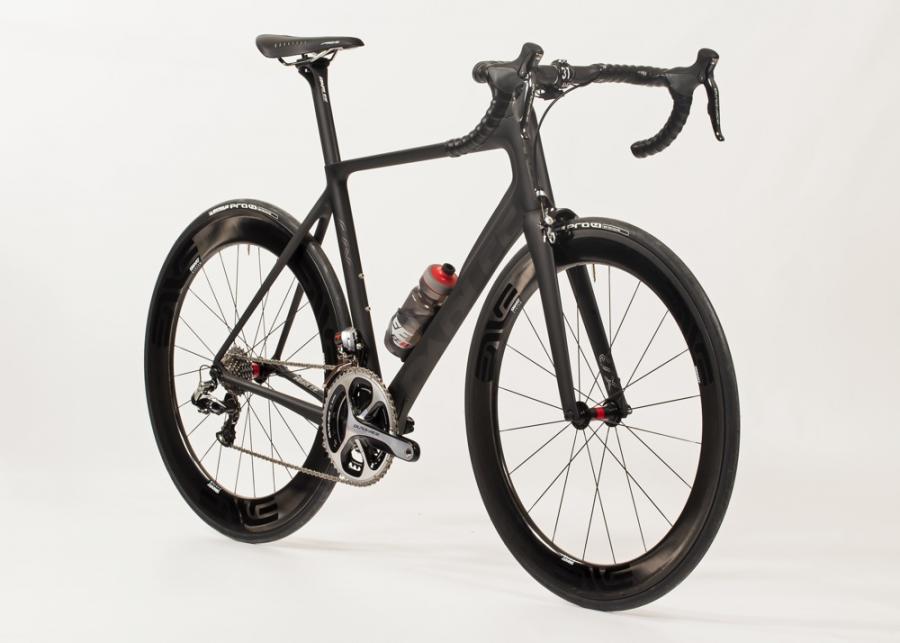 Every new aero bike has to come with wind tunnel figures these days, and the ESX is no exception. Parlee took the ESX to the Wright Brothers Wind Tunnel (WBWT) at Massachusetts Institute of Technology (MIT) back in February. To summarise the results briefly, Parlee’s results showed that with no bottle or cage fitted, the ESX had less drag than a Trek Madone 5.9 or a Parlee Z5 across a range of yaw angles (apparent wind angles from 0 to 30°), but more drag than a Cervélo S5.

Once each of the four bikes had a bottle and cage fitted, the ESX still had lower drag than either the Madone 5.9 or the Parlee Z5, but this time the mean drag across the yaw angles was also a little lower than that of the Cervélo S5 (the other brands involved might dispute the figures).

Want more statistics? Of course you do! Doing 40km (25 miles) at 250 watts, Parlee reckon you’d save somewhere between 57secs and 95secs by switching from their Z5 to the ESX, depending on the yaw angle, with no bottle/cage fitted to either bike.

Okay, so those are the obligatory aero figures, make of them what you will. Parlee have also concentrated on weight here, saying that the ESX weighs less than 950g yet still has excellent torsional strength. The UK distributor's 56cm sample frames are actually weighing in at around 900g. The other area that Parlee are keen to shout about is the ride quality. It’s true that some aero road bikes sacrifice comfort in pursuit of efficiency, but Parlee reckon the the ESX’s ride quality is identical to that of their Z5 SLi, so you shouldn't feel battered even if you ride it every day rather than just on race day.

The ESX features hidden cable routing that’s compatible with both electronic and mechanical drivetrain systems, and the frame can accommodate internal Di2 batteries. The all-carbon bottom bracket is PressFit 30, the idea being to provide a high pedalling stiffness and power transfer. It has enough clearance for 25-28mm tyres, 25mm having become dominant even among the pro riders these days.

The ESX is available in five sizes, each either with or without the Flex-fit top cap, so you get to choose from 10 different stack-and-reach combinations. The first shipment dates are in mid-December with the UK distributor confident that all sizes will be available by the end of January.

For more info go to www.parleecycles.com.