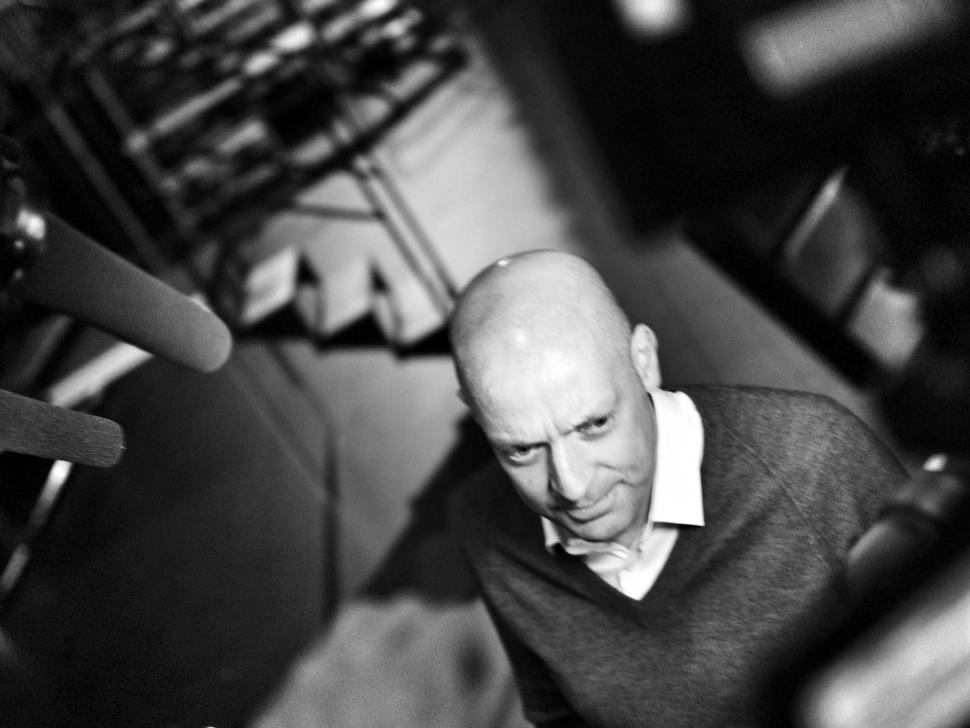 Team Sky supremo identifies unique chance to grow cycling at all levels in Britain; and says the route suits Froome
by Simon_MacMichael

Team Sky principal Sir Dave Brailsford says that next year's Tour de France Grand Depart in Yorkshire is a chance to further grow cycling in Britain and that the inclusion of just one time trial stage is to defending champion Chris Froome's advantage, given his climbing strengths.

He acknowledges, however, that the 101st edition of the race, which starts in Yorkshire in July and is billed as the toughest Tour start in more than 30 years, will be difficult to control and it is therefore difficult to predict how it will pan out.

Speaking to road.cc after today's presentation of the route of the 2014 race at the Palais des Congres in Paris, Brailsford said:

"From a British perspective, you can’t look beyond the fact that the race is starting in Britain. That is the big, unique thing for us next year.

"Obviously, there’s one part of us that has to think about how do we win the race, but the other part of course is what do we do as a British team, British Cycling, the British cycling community and the sport to capitalise on the fact that this brilliant event is coming to Britain.

"I think we should use it to maintain and even grow all levels of the sport in the country. That’s the biggest challenge.

"A race is a race - that’s my initial reaction."

This time last year, when the route of July's 100th editon of the Tour was unveiled, Brailsford was clear that Froome would be Sky's leader in the 2013 race.

Even as late as May this year, 2012 Tour winner Sir Bradley Wiggins said that he wanted to defend his title, at odds with the official line coming from the Sky camp.

His early withdrawal from the Giro d'Italia and the subsequent confirmation that an injury would preclude his selection for the Tour would be viewed as some as a convenient expedience on Sky's part to resolve intra-team rivalry.

But while Froome has enjoyed a stellar 2013, Wiggins has had a difficult year, the high point being his victory in the Tour of Britain last month.

“We’ll go away, we’ll analyse the demands of this event, what it takes to win it and all of the riders that we have on the team, and choose the team that we believe will be able to compete most fruitfully for the win.

“It will be based on the best riders who fill the best roles to win the race.

“There’s a lot of climbing, which I think theoretically suits us, Chris is a better climber than he is a time trialler, so he can capitalise hopefully in the mountain sections. He’s got the time trial to then hopefully rely on as well.

“But I think what it will do is ensure that it’s an opportunistic kind of race,” he went on.

During the 2012 Tour de France Froome, who had lost time on the opening road stage due to a late puncture, gained time on rivals during the two individual time trials, both won by Wiggins.

In July, he finished second to Omega Pharma-Quick Step’s Tony Martin in the Stage 11 time trial to Mont Saint Michel.

Froome, who took Olympic bronze at London 2012 behind Wiggins and Martin in the same discipline, won the 100th Tour’s second individual time trial from Embrun to Chorges.

But Brailsford doesn’t see the comparative lack of racing against the clock as a handicap to Froome’s chances next year.

“I think a time trial at the end of the Tour, rather than at the start, is a very different proposition,” he explained.

“It’s really difficult if you’re tired and your form’s on the way down, by the end of a Grand Tour that will impact on the time trial performance.

“So that’s got to be taken into the equation too,” he added.