Tech Roundup? On a Tuesday? We’re such mavericks here at road.cc that we’re not constrained by the rule that says Tech Roundup gets published on a Friday. Anarchists, basically. Out of control. Or it might just be that we were busy with Cycle Show 2013 stuff at the end of last week. Whatever the reason… Ladies and gentlemen, boys and girls, here are some interesting new products from the world of bicycles and that. 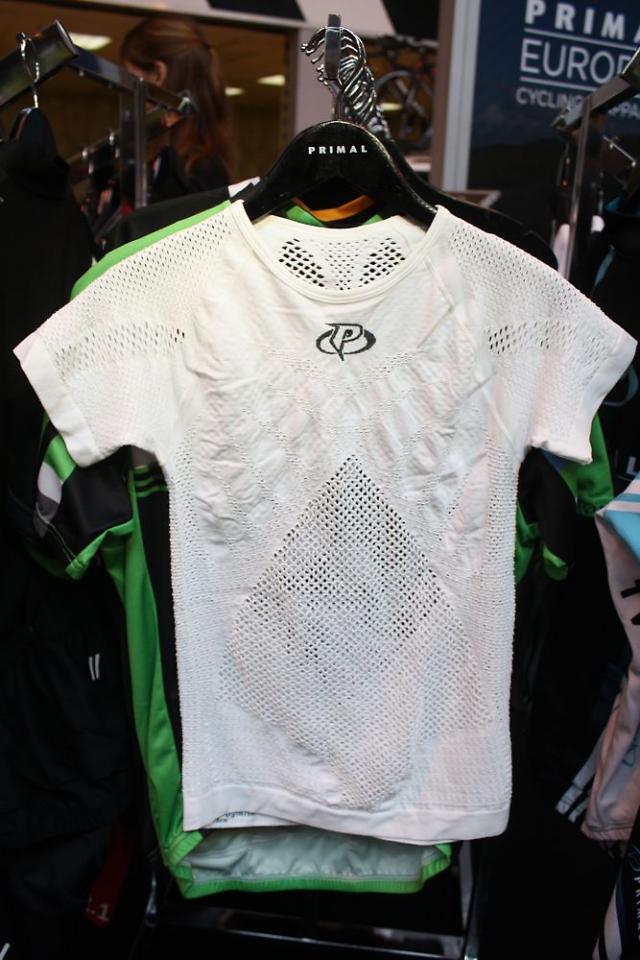 We saw some great-looking new clothing from Primal at the Cycle Show 2013 last weekend.

This, for example, is the Iero2 multi-weave polypropylene base layer that’s a one-size-fits-all design. The price has yet to be confirmed but it’ll probably be around £40. 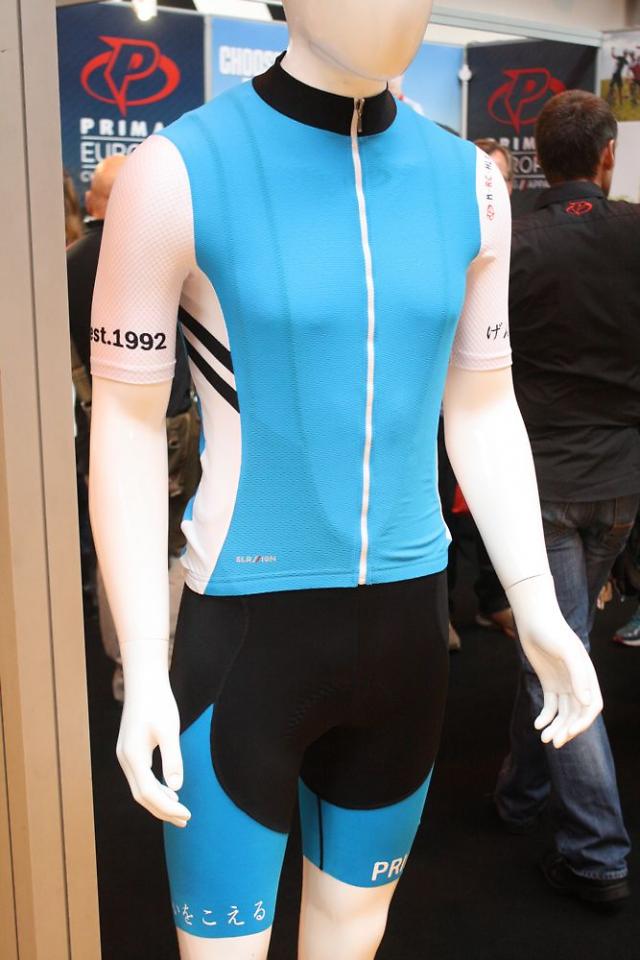 This is a prototype technical pairing with no name yet (that’s the product development code on the top of the sleeve). The jersey, which will be priced at around £80, features antibacterial silver ion and different weaves in different areas – mesh around the back of the shoulders, for example. The shorts will have a price of about £120. The hem is seamless and there’s a dotted silicone gripper on the inside. We really like the look of the Paradigm jacket (£118) that’s both windproof and water resistant (the seams aren’t taped so it can’t be classed as waterproof). That’s a two-way zip, by the way. It’s available in various colourways, including black/white options. 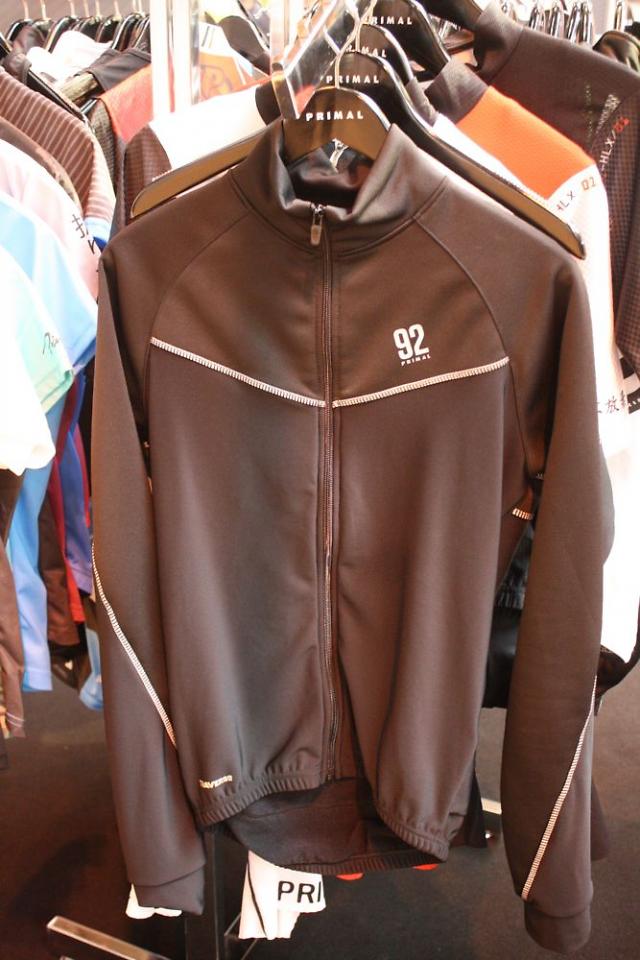 The Fusion is more or a spring/autumn-weight jacket that’s thermal rather than windproof. It has reflective piping stitched throughout and is priced at around £70. For more details go to www.primaleurope.com.

Rotor’s UK distributor tells us that they now have good stock of Rotor’s Power cranks. The system has been out for a while now but availability has been an issue with demand outstripping supply. 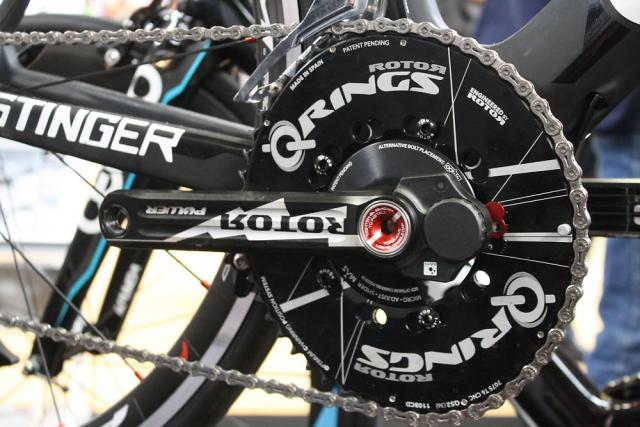 The Power cranks are available in both 110mm and 130mm bolt circle diameters (so, for both compact and standard chainrings) and Rotor claim the system weighs 527g, just 30g more than their 3D+ Mas crank.

Prices start at £1,450 with a steel bottom bracket. They’ll have the new mountain bike system very soon too, so keep your eye on www.rotoruk.co.uk.

Hooray! After a ridiculously lengthy absence, T-shirts are back in Tech Round-up, and not a moment too soon. These are from Vélobici and they’re stocked in Condor Cycles www.condorcycles.com in London (Gray’s Inn Road, to be precise). They’re available online too. 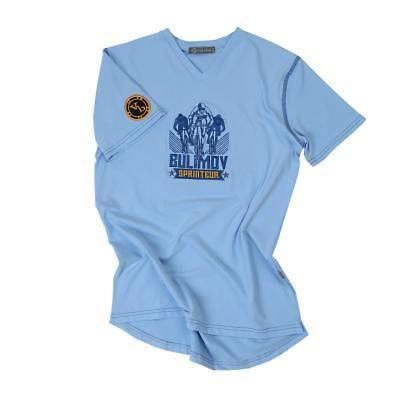 Condor are stocking a selection of on-bike kit and leisurewear from Vélobici, including this new range of T-shirts in performance fabrics.
Despite the name, Vélobici is an entirely British brand with products designed in Leicester and made in Nottingham. First up, there’s SiS Go Hydro + Caffeine, which is a low-calorie, high-electrolyte effervescent tablet to help you stay hydrated while training and racing. The difference here is the addition of the caffeine. You get 75mg per tablet, which you dilute in 500ml of water. The idea of the caffeine, of course, is to provide a physical and mental boost. A pack or 20 is £6.99 (other pack sizes available). 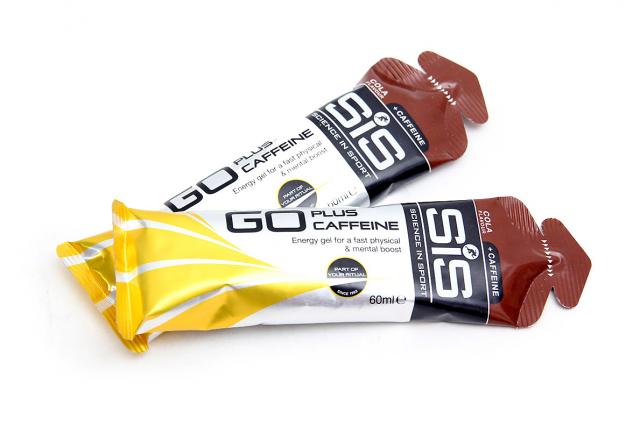 Then there’s the SiS Go + Caffeine Gel that gives you 21.5g of carbs along and now 75mg of caffeine. It’s available in cola and berry flavours at £1.79 per gel. Finally, there’s the Rego Protein Bar that contains 20g of protein from a blend or whey, casein and soy. The advice is to have one bar 30-60mins before exercise and/or immediately afterwards. It’s available in a chocolate and peanut flavour and each 55g bar is £1.99.
We have all these products out being tested at the moment. In other news from SiS, former World Champion Mark Cavendish will join the brand in January as an Elite Sports Consultant. He has invested in the company and will be integral to product development decisions.

For more info on Science in Sport, and to order online, go to www.scienceinsport.com.

Bike shop chain Leisure Lakes has announced that it will be opening a new store in Daventry, Northamptonshire in a few weeks. Work is already well underway and there will be over 250 bikes on display when it’s complete.

Fashion and safety from Vespertine

We’ve reviewed a few Vespertine products on road.cc in the past and we thought we’d show you a few more here.

The New York City brand combines fashion and safety, so you get clothing and accessories in high-quality fabrics, bright colours and reflective materials. 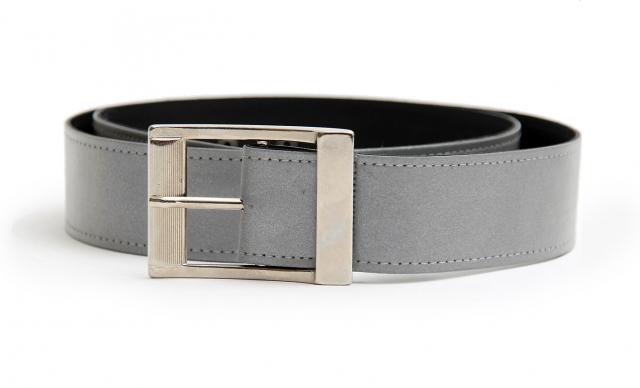 This is the £37.32 Skipper belt, for example, which is made using 3M Scotchlite material. Like a lot of Vespertine products, the idea is that it doesn’t look incredibly bikey when you’re not cycling, but it has a big safety aspect when you are in the saddle. 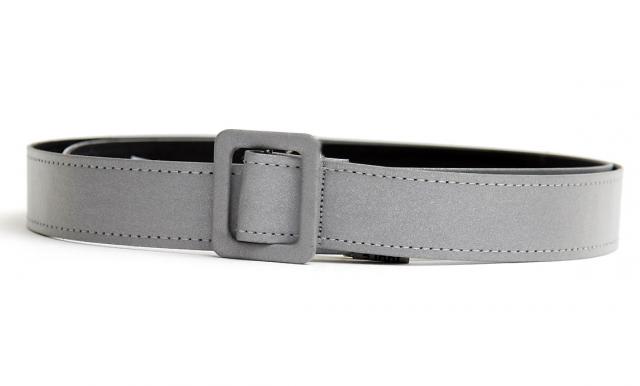 Vespertine products are available in the UK through Leftfield Bikes.

BH-UK is now responsible for distributing the electric bikes of BH’s NEO range as well as all the standard bikes in the Spanish brand’s lineup.
This is the Neo Race, for example, that gives a power assist function from a 350W motor. You can choose from four types of progressive assistance until you reach a 1:3 assistance ratio (user effort: motor effort). 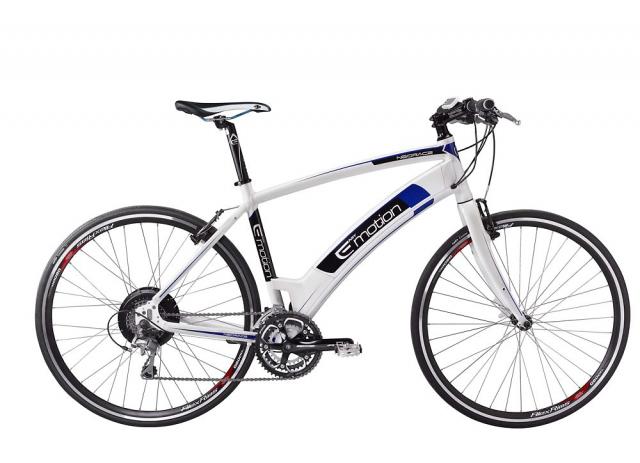 For all the details, go to www.bhbikes.co.uk. The bike in question looks like a modified version of the Fenix road bike, their model designed for endurance riding and races like the Spring Classics. Looks like they’ve been testing Shimano’s new hydraulic discs on the cobbles too. And if “you don't like discs,” says Ridley, “don't buy them.” So there!

Cav makes his second appearance in Tech Roundup this week - surely his greatest ever achievement, ahead of winning the World Champs, the green jersey and a gazillion career wins.

Remember the story we ran on the Eddy vinyl figure last year? Well the artist behind it, Richard Mitchelson, is back with a Mark Cavendish vinyl figure. The model sees Cav sporting his British national road race championships jersey and a set of removable Oakley Radarlock sunglasses. 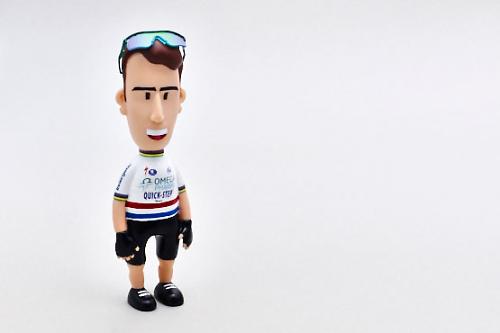 Cav is 6 inches tall. The vinyl figure, we mean. He’s supplied in a smart presentation box and will be available in November. Drop a line to cav@rouleur.cc if you’re interested in getting one. Don’t forget to tell them we sent you!