Here at road.cc we’ve been following the progress of the new Kinesis Aithein at road.cc with a fair bit of interest over the last few months, we’ve seen the prototype and sneaked a peak at the pre-production frames as they’ve made their way blinking into the light. The framsets are available to buy now and we were lucky enough to throw our leg over one of the initial run Limited Edition black anodized bikes. Kinesis think metal bikes, in particular aluminium bikes, still have plenty of relevance today, despite the proliferation of and hype surrounding carbon bicycle frames, they’re keen to push alloy frame technology as far as it can go, and make them competitive alongside carbon. The tubes on the Aithein frame are made using Superplastic Forming (SPF), a high temperature process that makes the tubes go ‘plastic’ with heated compressed air forming the tubes over a steel mould. It’s more finely controllable than the more widespread hydroforming that can split narrow walled tubing and it allows the use of thinner, and therefore lighter tubes, meaning that Kinesis can make an alloy frame nearing a carbon weight. The Aithein has a tapered head tube with the cable stops mounted on the sides because the down tube walls are too thin to accommodate them. The seat tube is asymmetrical, thin walled but bulging out on the non-driveside for stiffness and much flatter on the driveside where the space is needed for the chainset, it spreads out to span the width of the bottom bracket which is BB386EVO Standard for stiffness, and wide range of chainset compatibility. The top-tube is a traditional straight tube without any fancy bends, curves, swellings or oversizedness as the head tube and seat tube should keep everything sturdy enough. Geometry is pretty racy with fairly short but nicely curved chainstays with a replaceable dropout, the seatstays are straight and the bottom bracket is low. Kinesis say that the Aithein frame weighs as little as 1,041g, and it comes with a monocoque carbon fork at 357g, all this lightness has a cost though as Kinesis have put a rider weight limit of 14st (89kg) on the frame. 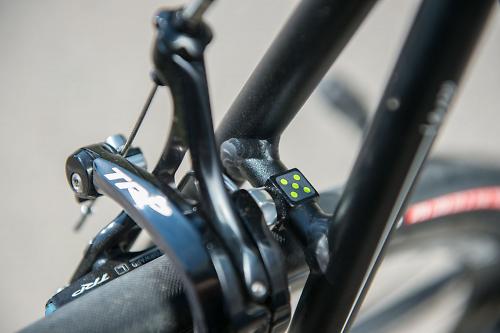 The bike we’re having a play on here is the Limited Edition Aithein in a special anodised finish with laser-etched graphics, metallic grey decals and lime detailing. The standard painted finish frames will be available soon in bold SickGreen metallic or SweetOrange metallic. This Aithein comes to us specced in a way Kinesis anticipate a lot of the frames might be built up, a full mechanical Ultegra compact groupset with posh Reynolds Thirty Two carbon wheels stopped by TRP brakes. Pro PLT carbon wrap stem and compact bars do the steering with a Fizik Arione saddle on top of a Kinesis seatpost providing somewhere to sit. It’s a knowledgeable head-nodding build that suits the bike and the black anodized frame with those dark dark grey Ultegra components and semi-deep carbon rims makes the Aithein looks the business I reckon. 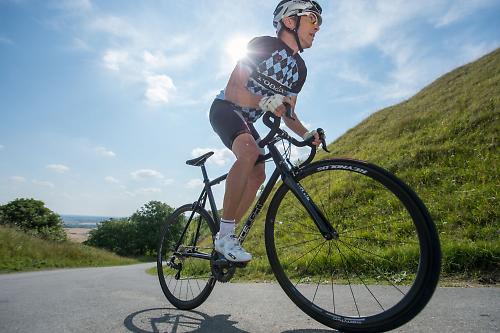 Enough of all the boring science stuff, how does it ride? Weighing a shade over 15lbs in this guise the initial push on the pedals announces a bike that launches keenly forwards without much effort, it really really likes to go fast. According to the endlessly repeated cycling adage aluminium is a harsh and stiff ride, and although the Aithein conforms to the cliché a bit it’s a lot lot more subtle than that. Yes it’s a stiff platform and the rear end can skip about like a scratched record if you get all choppy on the pedals, but a lot of bikes can do that if you mash ugly squares, stay smooth on the cranks and the rear wheel fairly punches the bike forwards. It likes to pounce, be that in a sprint, or bounding up a hill. It’s not designed to be a soft and comfortable mile-muncher like many bicycles these days, so if you spend your life imagining you’re clattering across the cobbles of Northern France, grinding the Strada Bianca of Italy or just want a Sportive Sofa then you’re better off looking elsewhere. That’s not to say the Aithein is going to pile-drive you to death over a five hour ride, it’s far from uncomfortably rigid, to give it a positive spin what you do get is plenty of feedback from the road, that said a nice carbon seatpost might help things along a little. 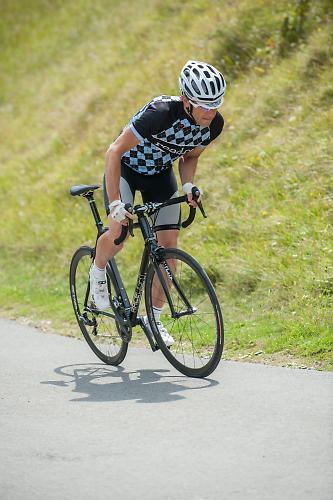 But if you want an exciting responsive ride then this’ll do nicely thank you very much, the Aithein would make a fantastic race bike, it’s responsive enough and nippy enough to keep you at the sharp end of the peloton. Handling is sufficiently needle-threading sharp to steer you round a crit corner without any wibble, and at £649.99 for the frame, fork and headset it’s going to hurt a little less if you crash it and it gets ridden over by half the field. I’m not the best in the business at cornering but the Aithein flattered me immensely and actively encouraged me to lean and lean and lean further into bends as we did repeats for the camera all day. Bless it. 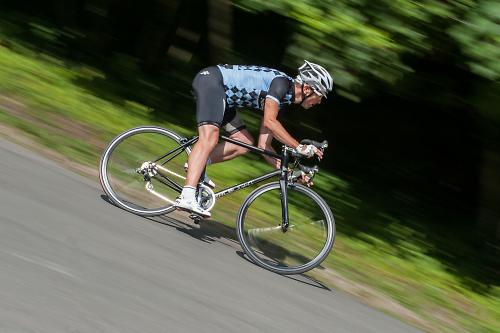 Is your temperament to sprint out of every corner, just because it’s fun, whether you’re racing or not? Do you like to climb with a punchy attitude, sitting down and standing up to keep the tempo high rather than staying planted and twiddling your way up, do you like to coax and manhandle a bike until it starts to sing? Do you want something a bit different to the same cheap generic carbon frame with different stickers? Are you a racer on a budget? If the answer is yes to any of these then you want to look at the Aithein. 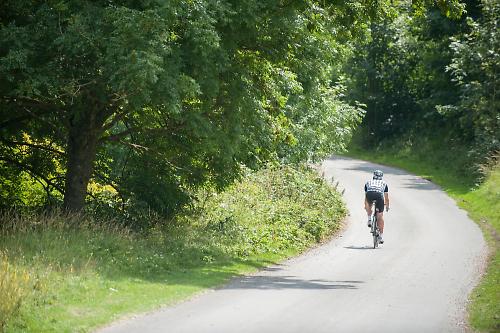 To find out more about the Kinesis Aithein visit www.kinesisbikes.co.uk