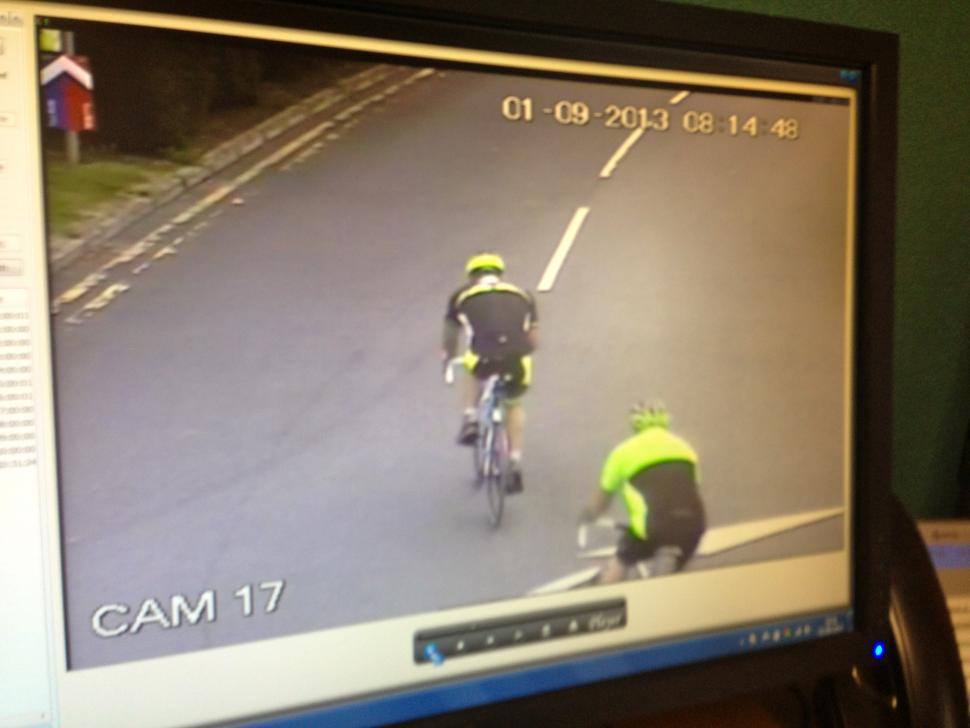 Bike thieves in cycling gear rode away on two carbon fibre bikes that had been briefly parked while their owners took a comfort break at Sunday’s Tour of Britain Ride at Trentham Gardens, Stoke on Trent.

Adrian Lomas and David Nimmo say the bikes were only out of their sight for a moment before they were taken. The culprits were captured on CCTV riding out of the park, turning left and heading to the corner of Boma and Allerton Road, Trentham Gardens.

A few parts were found at this location, including the headset bolt, small front light, race number, and drink bottle top. Adrian believes the thieves removed them in case they contained trackers.

The bikes are a white and blue Fondriest TF2 belonging to Adrian and a Focus Cayo belonging to David. They are offering a reward for their return.

Adrian’s bike was built for his recent ride following the route of the Tour de France. He says the loss is “Bit sentimental as I've just ridden the whole Tour De France route on this bike without a puncture or mechanical and first event back in the UK, bike is ridden off. Pissed off.”

This is the second time this year we’ve reported on a bike being ridden off at at event by a thief. A helmet-wearing thief helped himself to a Trek Madone 4.9 at the RideLondon FreeCycle last month and was spotted in official event photos.

Both David and Adrian want to stress that you should never leave your bike out of sight. Adrian says, it’s not worth the risk even “where they feel safe with other cyclists around, on early Sunday mornings.”

“Pay particular attention when leaving bikes out of your sight for even a minute,” says David. “That was an expensive pee.” 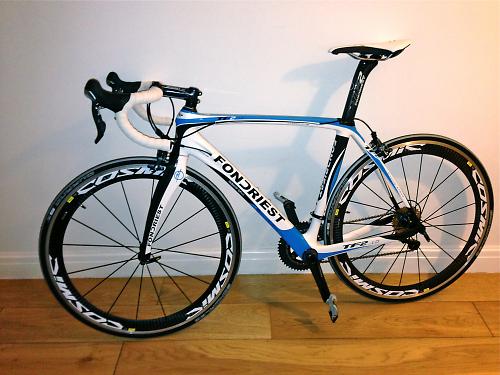 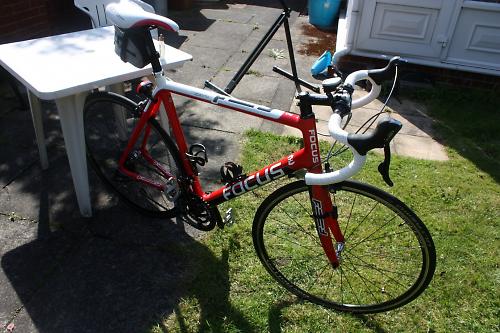 David’s bike is  red, white and black Focus Cayo 105 2010, size 60cm/XXL. It has Shimano 105 components, but with FSA SL-K Light carbon cranks. The front wheel is the standard Cole Rollen that came with the bike, but the back one has been changed to a Mavic rim with a Hope hub. It has Time i-Clic 2 pedals, white Fizik bar tape a Garmin Edge 200 GPS and red and black Michelin Pro 4 Race tyres. DIstinguishing marks include a white section at the top of the seat stays that has been slightly damaged by an old light fitting (the white has been rubbed down to the red material underneath); a missing self-extracting plastic crank bolt; and the left-hand shifter is cocked slightly to the right.

Anyone with information about the missing bikes should contact Crimestoppers or Fenton police.