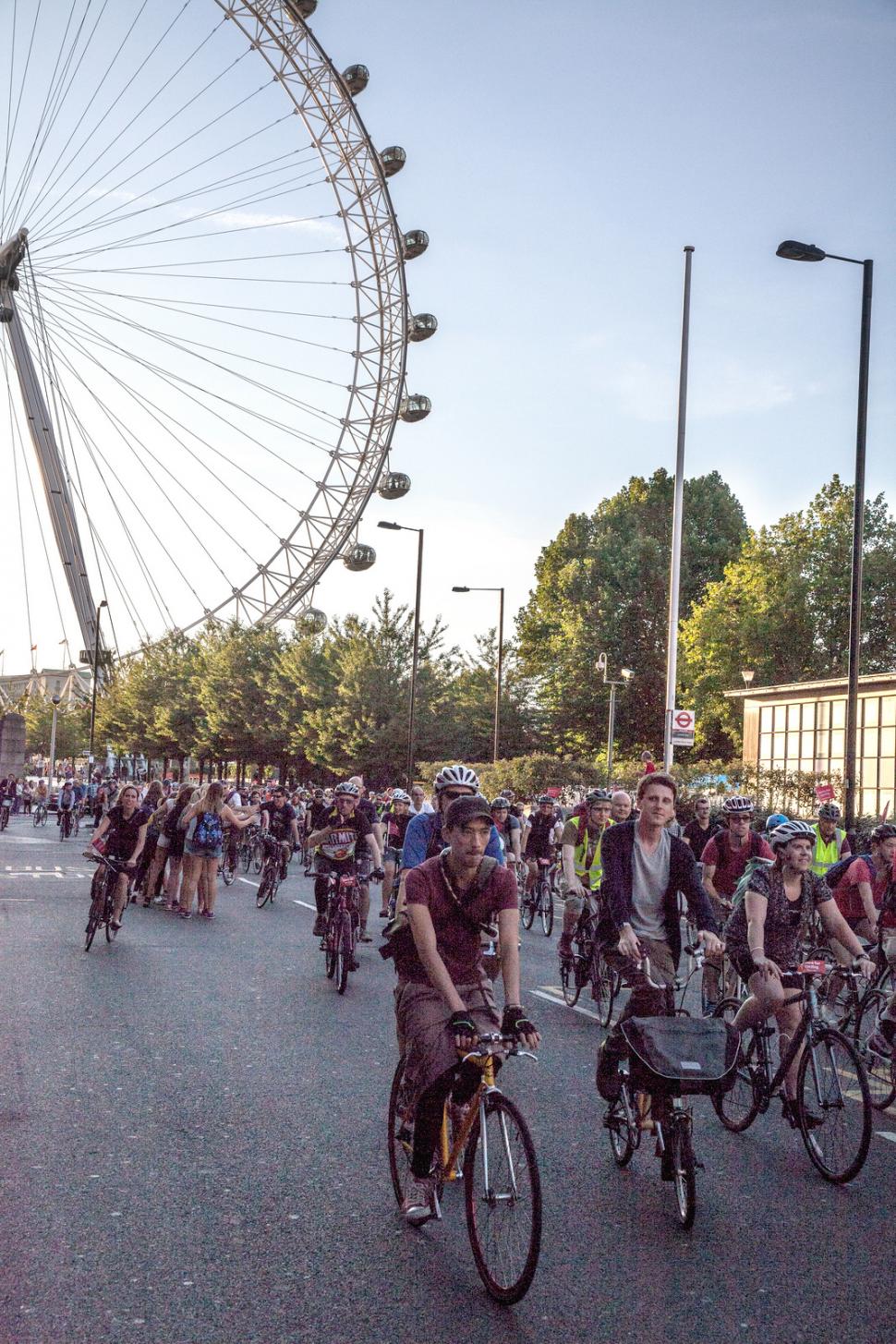 On the eve of yesterday’s Parliamentary debate of the Get Britain Cycling report, the Labour Party threw its weight strongly behind improving conditions for cycling with the launch of Labour for Cycling, a campaign from the party’s SERA environmental group.

As the debate started, a claimed 5,000 people rode from Jubilee Gardens to Parliament square an for the first time in its history Palace of Westminster was entirely surrounded by protestors on bikes. 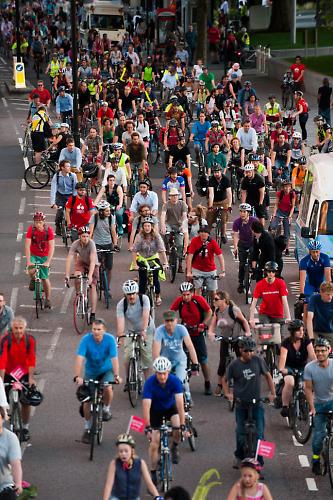 In supporting cycling, Labour is unsurprisingly taking the chance to have a pop at what it claims is the coalition government’s gap between words and deeds.

“Cycling is currently seeing high visibility, with politicians on all sides eager to be seen with a cycle helmet or a Brompton,” writes Lambeth councillor and environmental campaigner Martin Tiedemann on the SERA website. “But for David Cameron, cycling means a photo opportunity with the ministerial car lurking around the corner, while Boris Johnson has been content to take the credit for a cycling revolution in London’s City Hall brought in by Ken Livingstone. We know that it is Labour councils, like Hackney, Camden and Lambeth in London, Manchester and Oxford elsewhere, who are showing the real leadership on cycling.

“In recent weeks, we’ve welcomed the announcement of money for cycling in a number of cities around England but, as Tom Hayes pointed out on our website, this was largely double counting and replacing the money cut when the Tories abolished Cycling England, set up by Labour. Not so much cycle as spin cycle.”

Strong stuff, but if Labour matches rhetoric with policies and action, it could make them the most pro-cycling of the big three parties at the next election.

Transport charity Sustrans commented that the passionate pro-cycling words from MPs must now be backed by action.

Sustrans policy director, Jason Torrance, said: “Cycling bridged the political divide tonight, with MPs from all parties supporting renewed action from government as they spoke passionately about the need to get more Britons on their bikes.

“But words without action will do little to make our roads safer, improve the health of our population or give the economy its much-needed boost.

“We need to remove barriers to cycling that government is introducing such as the parking free-for-all in our town centres, while also setting ambitious targets for UK cycling levels and introducing legislative change in England that echoes the Active Travel (Wales) Bill.”

Sustrans is calling on the government to immediately:

While Sustrans and Labour for Cycling have national objectives, London Cycling Campaign is focussed on the capital. Its puerpose in yesterday’s protest ride was to remind Mayor of London Boris Johnson “that providing dedicated space for cycling is vitally important for make our streets safe and inviting for everyone.”

The measures London Cycling Campaign wants to see include: making main roads and major junctions safe for cycling using segregated tracks and cyclist-specific traffic lights to protect people from fast-moving and heavy motor traffic; and transforming local streets – where people predominantly live and shop – into spaces that are safe for cycling and walking by removing through motor traffic and reducing its speed.