Both models offer road and off-road navigation, turn-by-turn directions and round-trip suggestions for rides of any chosen distance. 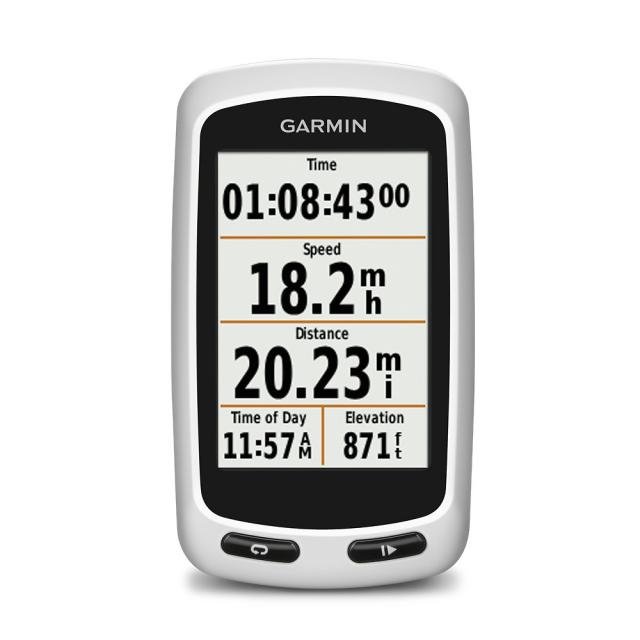 The Edge Touring is the cheaper of the two models with prices starting at £199.99. You can ask for directions to a given destination, as you would with a car GPS system, go for a round trip route, or follow a ride that you’ve downloaded from the internet. You can also create your own route manually.

Garmin’s new Round Trip Routing is interesting. You tap in the distance you want to ride and the Edge Touring will suggest up to three different routes for you to choose from, including elevation profiles for each. You select the one you find most appealing and away you go.

You can choose between Cycling, Tour Cycling and Mountain Bike modes to get the route you’re after. Whatever option you go for, you’re given visual turn-by-turn instructions for following the route. Garmin’s Cycle Map for Europe comes preloaded on a simple ‘plug and play’ micro SD card. 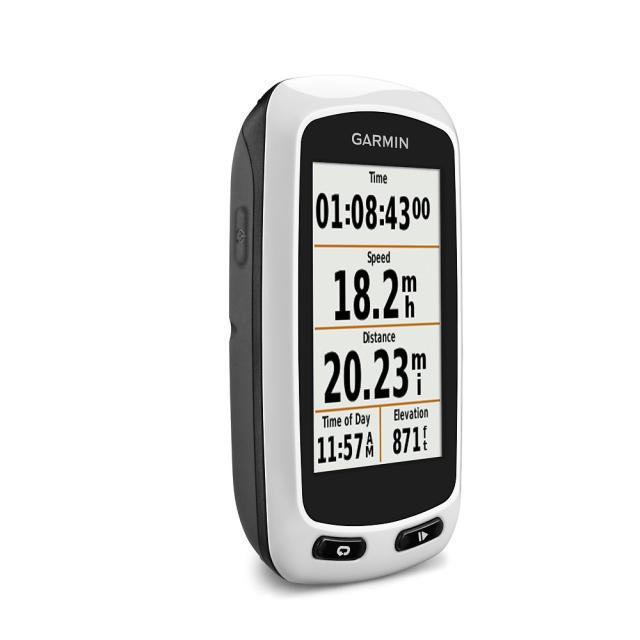 As well as the navigation features, the Edge Touring offers you key ride data such as time, speed, average speed, max speed and distance. You can view from one to 10 fields on a customisable screen.

The unit itself is water resistant, has a 2.6in (6.6cm) touchscreen (the same size as the existing Edge 810) that works in the wet and with gloves, and Garmin give a weight of less than 100g. They say that the battery will last up to 15 hours. If that’s not enough for you, it’s compatible with a Garmin powermonkey eXplorer external battery pack (£69.99) that will provide up to 20 hours more.

You can recharge a powermonkey eXplorer from the mains or via USB, or you can use its folding solar panel. Garmin say that the solar panel will recharge the power pack to 1/3 of its capacity in five hours. The Edge Touring Plus (prices trom £249.99) is essentially the same computer as the Edge Touring but with the addition of ANT+ compatibility. That means you can pair it up wirelessly with a heart rate monitor, for example. This model also features a barometric altimeter for accurate elevation, gradient, ascent and descent data. 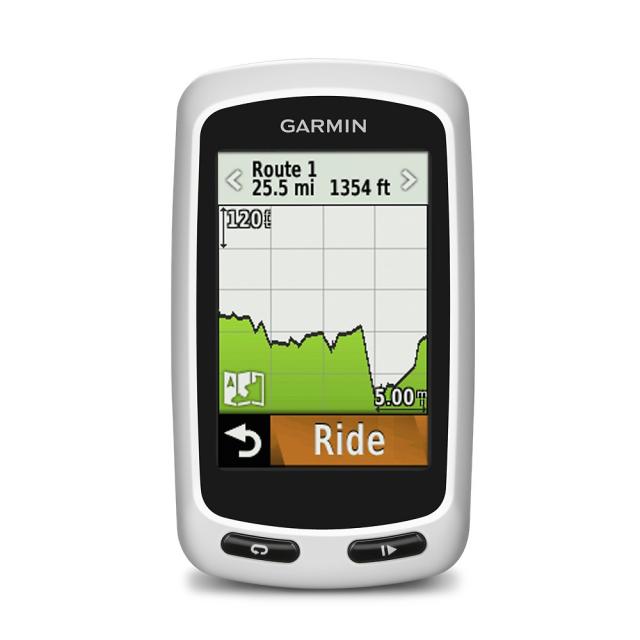 1
"Tired of road crime": CyclingMikey on episode 16 of the road.cc Podcast, plus how to make the most of your lunchbreak
2
TV surgeon and cyclist killed after collision with motorist in Essex
3
Brompton drops its ‘lightest bike ever’: new 7.45kg titanium version of iconic folding bike revealed
4
Near Miss of the Day 701: Speeding bus driver “very lucky” to avoid prosecution for close pass (includes swearing)
5
Stages will retrofit a power meter to your existing cranks
6
I'm not cycling's Novak Djokovic: Greg Van Avermaet defends plan to delay Covid-19 booster
7
Cyclist accused of punching delivery driver who “cut him up”
8
Conservationists blame "anti-social" cyclists for New Forest damage