Last year saw Thule introduce the Pack ’n’ Pedal on-bike luggage range, this year’s Eurobike sees the Swedish roof rack gurus bring forth a pair of cases to transport your bike itself around and some new on-car bike carrying options.

Of course anyone can make a hard- or softshell bike flight case, but Thule wouldn’t be Thule if they didn’t come up with a unique wrinkle on the idea. Thule CEO Magnus Welander explained that the Thule RoundTrip cases incorporate a lightweight workstand which doubles as the internal frame of the case. That means you’ve got somewhere to assemble your bike when you get to your destination and “you’re not struggling to lean it up against the hotel bar.” 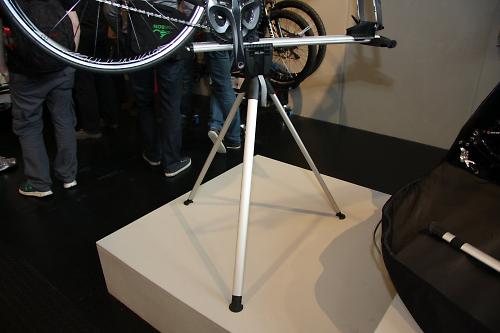 There are two models, the full hardcase RoundTrip Elite and the softshell RoundTrip Pro. The Elite will be the slightly heavier of the two at around 11kg, while the Pro will be a kilogram or two lighter - exact weights to be determined when the cases go into final production. Thule has picked up a Eurobike award in the Best Accessory category for the RoundTrip Pro. UK price is not yet available, but the RoundTrip Elite is $599.99 in the US, so it won’t be cheap.

Thule are best known for roofracks, and they have a new model of bike carrier specifically for high-end bikes, the Sprint. The Sprint supports the bike by the fork dropouts and according to Magnus Welander, customers always worry about a fork clamp coming loose. As a result we tend to overtighten them, which isn’t good for the clamp or your fork ends. 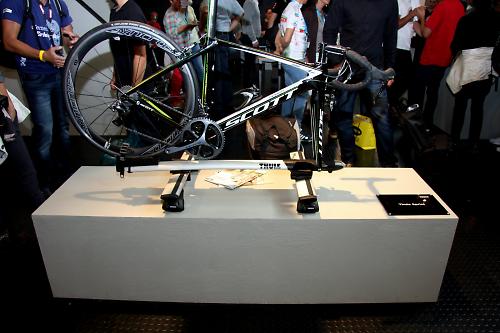 The Sprint solves the problem by having a torque dial on the fork attachment so it stops tightening when it’s gripping the dropouts as tight as necessary. The rear-wheel end telescopes so it’s always in the right place to support your bike’s back wheel and if you have a small hatchback you can slide it out of the way to open the hatch. Speaking of hatchbacks Thule’s other major introduction is the RaceWay rear rack, which mounts on the back of your car. It uses a clever system that Thule calls FitDial to make it easy to set up. You look up the make and model of your car and the instructions tell you which settings on the dial to use so that it will sit right on your car, then you just tighten the tension wires to hold it in place. 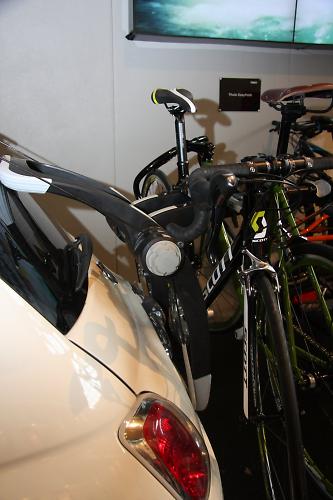 The RaceWay comes in two- and three-bike versions and has lots of car-coddling details for those strange people who are as concerned about looking after their cars as their bikes. Thick rubber pads rest on the car and there is plenty of rubber over the straps to prevent scratches. 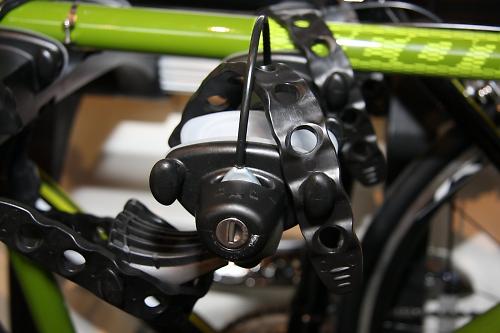 The RaceWay has rubber cradles at the bike end too, and anti-sway cages to stop your bikes bumping into each other. There’s a cable lock round the outermost bike to prevent casual theft and the whole rack locks into place on the car. 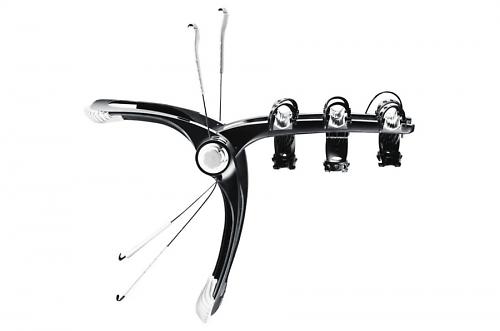 Thule has also introduced a few new items in the Pack ’n’ Pedal range including a basket that fits to the top of the rack a rack-top bag, light holder, phone holder and an action camera mount so you can record your rides and traffic adventures. 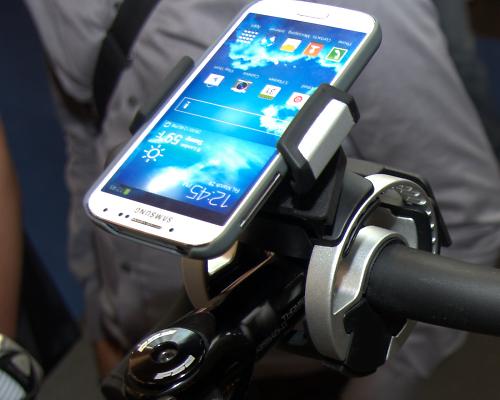