Campagnolo have launched updated Khamsin and Vento wheels for 2014, with the changes focused on improving rear wheel stiffness with a new asymmetric rim and dropping the weight: the new Vento is down 187g to 1,640g, and the Khamsin loses 123g making it 1,750g.

We saw similar changes on the new 2014 Fulcrum Racing 5 and 7 wheels recently, and now Campagnolo have given a similar update to their own label wheels. Starting with the lightest of the two, the new Vento uses a 27.5mm tall asymmetrical rear rim that they say allows for more balanced spoke tension in the wheel and increaes the wheel stiffness claims Campagnolo. Stability has been addressed with counter-balanced weights on either side of the rim. The front rim is a 24.3mm depth. 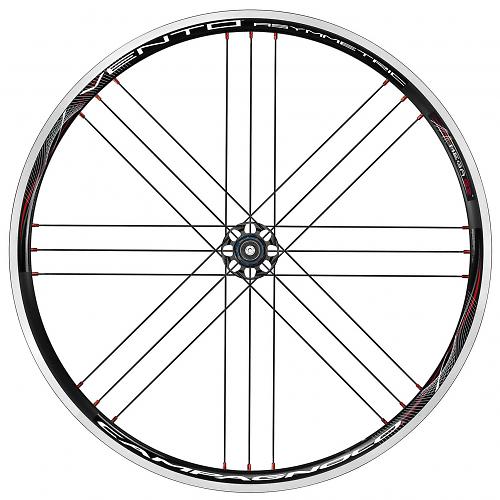 They’ll offer two versions of rear wheel as well, one with radial spoke lacing and the other has their unique Mega-G3 spoke pattern. This spoke pattern, which pairs the spokes in clusters of three, claims increased rigidity and better power transfer. The hubs have oversized flanges, aluminium axles and hub bodies. The bladed steel spokes, 18 front and 20 rear,  have a variable thickness throughout their length. The Khamsin is Campagnolo’s entry-level wheelset and offers the same asymmetric rim profiles as the lighter Vento. Like the Vento, the rear wheel is available in two versions. Slightly heavier straight head spokes, 18 front and 20 rear,  are laced to similar oversized flanges and sealed bearings should provide smooth running for a long time. 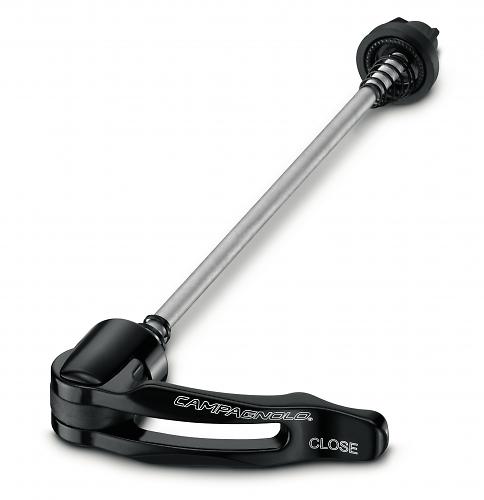