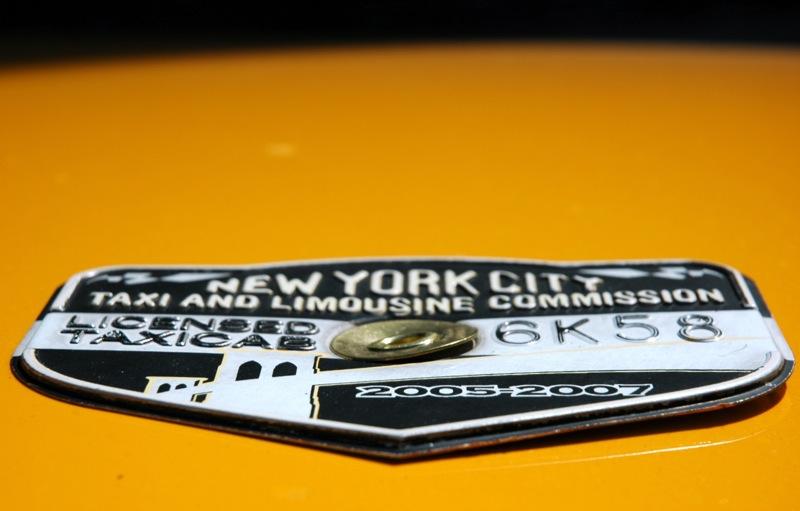 Driver also takes issue with Mayor Bloomberg's policy - but admits he shouldn't be driving a cab...
by Simon_MacMichael

The New York City cab driver whose vehicle severed a British tourist’s foot after he lost control of it during an argument with a bike messenger has blamed the incident on the cyclist involved, as well as Mayor Michael Bloomberg’s pro-cycling policies. He has also admitted he is a poor driver who should not be driving a taxi.

In an interview with the New York Post, Mohammed Faysal Himon, aged 24, recounted his version of the events that led to him crashing into 23-year-old Sian Green from Leicester, beginning with his argument with bike messenger Kenneth Olivo at the intersection of Sixth Avenue and 49th Street in midtown Manhattan.

“He was in my way and I got upset, so I gave him notice that I wanted to pass through,” Himon explained, talking of how he beeped his car’s horn to get the cyclist to give way.

“He started pounding on my car with his hands and was yelling things at me. I suddenly felt like I had to get out of there. It was becoming a bad situation. So I accelerated to get in front of him.”

That conflicts with earlier accounts of what happened not only from Olivo, but also Himon’s own brother.

Immediately after the incident on Tuesday, Olivo, aged 40, had said: “I told him [Himon] to stop because I’m trying to go forward and people are crossing.

“He loses his patience. He gets angry. He accelerates. Hits me.

“I'm on the roof of a car like in a Steven Seagal movie, okay. And I’m on the sidewalk. I’m like this looking up at the sky.”

The same day, Himon’s brother, Sayed Shamen, insisted: “He had a fight with the bicyclist.

“He went to hit the brake and stepped on the accelerator instead.”

Himon admitted that after the argument with Olivo,  “everything becomes cloudy.”

Miss Green was sitting by a fountain with her best friend Keshia Warren, both eating a hot dog on the first full day of their holiday in New York when Himon’s car mounted the sidewalk and crashed into them.

“I don’t know how, but I just lost control of the car,” the taxi driver said.

“I was in shock. When I crashed, I didn’t even see the lady. At first, I didn’t think I hit anyone, then I saw her foot by my car. I can’t get it out of my mind,” adding that the incident was “a disaster for me. Someone lost a part of their leg because of all this.”

According to the New York Post, Miss Green may lose both legs as a result of Tuesday’s events.

The newspaper reveals how one bystander ensured that the motorist would not be able to escape the scene.

“A random pedestrian came up to me and said, ‘Give me your keys! Stay in the car!’ ” he said.

But besides blaming the cyclist with whom he had argued, Himon also took aim at Mayor Bloomberg’s policies aimed at boosting cycling in the city, including installing more cycle lanes.

“A lot of bikers disregard the bike lanes and drive wherever they want,” he griped.

“The city wastes a lot of money by giving them all these bike lanes, and for what? Honestly, I have no problem with bikers. They should just stay in their lane and I’ll stay in mine.”

In the wake of Tuesday’s events, it transpired that Himon had committed a string of driving-related offences in the past, including one incident in which a passenger in his cab was injured, as well as being cited for speeding and running red lights, among other things. His driver’s license is endorsed with nine points.

The New York Post put it to Himon, whom it transpires is not authorised to drive a cab, that he shouldn’t be behind the wheel of a taxi in the first place with that type of record.

“I need to make a living,” he replied. “I just needed to do something to support my family.”

However, he added: “I don’t want to drive a taxi. I need a more suitable job. There’s too much stress when you’re driving in the city.”

The newspaper adds that the Taxi and Limousine Commission is moving to suspend his license, although it’s unclear how that squares with his being an unauthorised driver, which he has been summonsed for by the New York Police Department.

The NYPD is continuing with its inquiry, which could result in Himon being charged with a felony, with Commissioner Ray Kelly commenting: “The investigation is going forward.

“Collisions, accident investigations, take some time. It takes some time to do that and reconstruct the scene.”