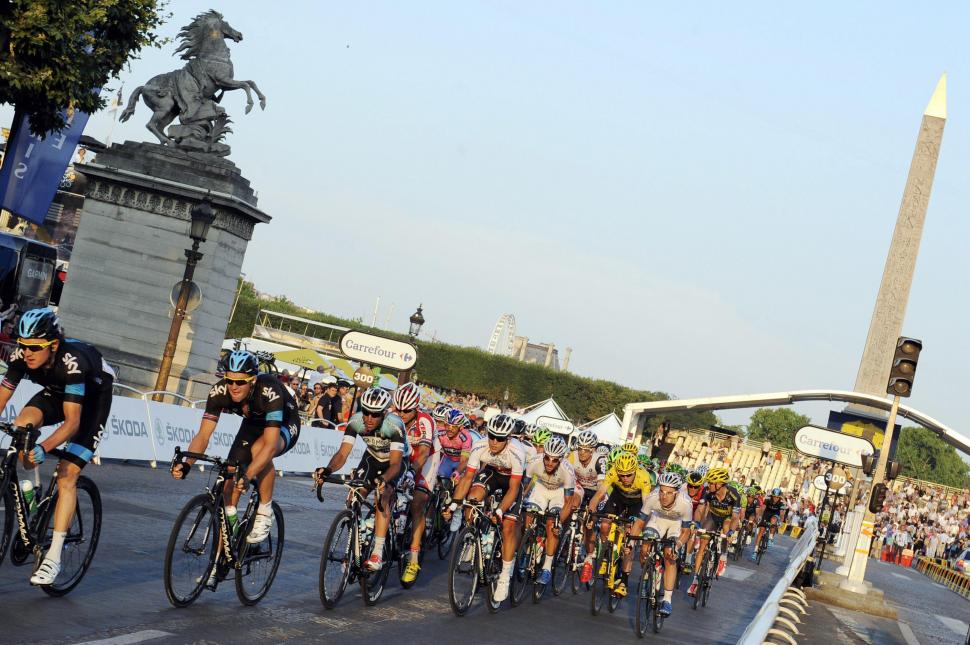 More than 600 tests carried out during last month's race - all come back negative...
by Simon_MacMichael

To no doubt huge relief on all sides, it has been announced that there were no positive anti-doping test results at the 2013 Tour de France, the 100th editon of the race, and the first since Lance Armstrong confessed to Oprah Winfrey that he had cheated his way to seven consecutive wins from 1999 to 2005.

At a media day at UCI headquarters in Aigle, Switzerland, Cycling Anti-Doping Foundation (CADF) director Francesca Rossi announced the results of 622 blood and urine samples taken during the 100th edition of the Tour.

The results were also part of a strategy of targeted testing, with 198 of the samples taken during the race for the purposes of the biological passport, 49 more than last year.

“This target testing strategy has been hugely facilitated by the excellent on-site co-operation between CADF and [French national anti-doping agency] AFLD during the race,” said Dr Rossi.

Of course, the fact that this appears to be the cleanest race in years could yet change, as the UCI and the AFLD have agreed to keep the samples taken for possible retrospective testing in the future.

It stands starkly against this year’s Giro d’Italia, which saw stage winner Mauro Santambrogio kicked out of after testing positive for EPO, only days after his team-mate Danilo Di Luca, who had failed an out-of-competition test from before the Giro.

The Tour was long dogged by doping scandals long before Armstrong’s confirmation of his cheating.

In 2012 Frank Schleck tested positive for a diuretic, a substance that the World Anti-Doping Agency describes as "more susceptible to a credible, nondoping explanation."

He was fired by RadioShack-Leopard, and his ban only expired last month. He will be joining the succesor team sponsored by Trek that takes over the WordTour licence from January.

In 2011 Alexandr Kolobnev tested positive for the the diuretic and masking agent hydrochlorothiazide, and removed from the Katusha team, although he was subsequently cleared by the Court of Arbitration for Sport (CAS).

In 2010 Alberto Contado, having won the race, was identified as having taken clenbuterol, a fact he put down to eating contaminated beef.

That defence was rejected last year by CAS and as a result, he lost his 2010 Tour title, along with the 2011 Giro d’Italia title, and was given a two-year, mainly retroactive, ban.

It was hoped that the 100th edition of the race would mark a new start for the race, but sceptics are yet to be convinced, as evidenced in the questioning of race winner Chis Froome and his team principal at Dave Brailsford during his success in this year’s race, and the fact that several riders in this year’s Giro were still prepared to take the risk.

A report by the French Senate published last month gave clues as to the depth of the scandal at its height, naming 18 riders whose samples from the 1998 race, already blighted by the Festina scandal, were found to have tested positive.

The report led British Cycling’s president Brian Cookson, who is standing for election as UCI president against Pat McQuaid, to say: “The fact that it appears so many riders tested positive in the 1998 and 1999 Tour de France for EPO is a terrible indictment of the people responsible, and those with the most responsibility for the culture within the sport are the UCI.”