Token are launching a new Hero C45A clincher with a rim shape that’s radically different from anything else we’ve seen, designed to perform well in the wind tunnel and provide extra strength and stiffness.

Rather than a V-shape, a U-shape, or even a toroidal rim profile, the 45mm-deep Hero C45A has what Token are calling a SwiftEdge rim. Below the 23mm-wide alloy brake track, the carbon walls are slightly concaved before splaying outwards to form a raised lip. The sides then head in towards the centre, again with slightly concaved faces.

Sounds complicated? It’s probably best that you just look at the cutaway picture to see for yourself… We’ve not seen anything like it before. Reynolds have their Swirl Lip Generator but that’s not really similar to this Token design. The only thing they have in common is the use of a lip.

So why have Token gone down this route?

“The lip provides extra strength and stiffness and, unlike a traditional aero rim, it splits crosswinds. In headwinds the lip pushes air around and away from the wheel. Stability comes from the wider 23mm rim and straight-pull spokes laced in a diametric spoke pattern add strength, stiffness and optimised power transfer.” 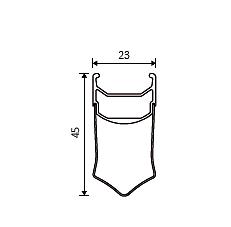 We first saw the Hero C45A design at the Taipei International Cycle Show earlier in the year, but we were sworn to secrecy at the time. We didn’t have the chance to use the wheel back then and we’ve still not, so we can’t comment on the performance. Neither have Token given us any wind tunnel data although, it has to be said, until there's some kind of standardisation in testing, the value of that kind of information is limited at best.

The hubs use Token’s TBT (Tiramic Bearing Technology) Bearings. Token say that the starting torque of the ceramic balls is only 74% that of normal bearings while the turning torque is 67%. 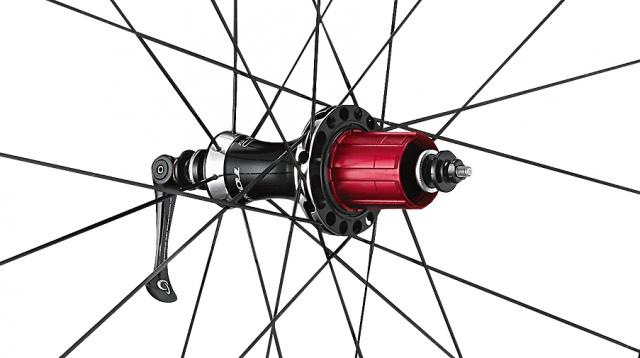 The wheels are built up with 20 Sapim CX-Ray aero spokes at the front, and 24 at the rear (16 on the driveside, eight on the non-driveside). The Hero C45A wheelset will be £899 from Token's UK distributor i-ride.

For more from Token go to http://tokenproducts.com/index.php.