Back to news
news
Racing
Events 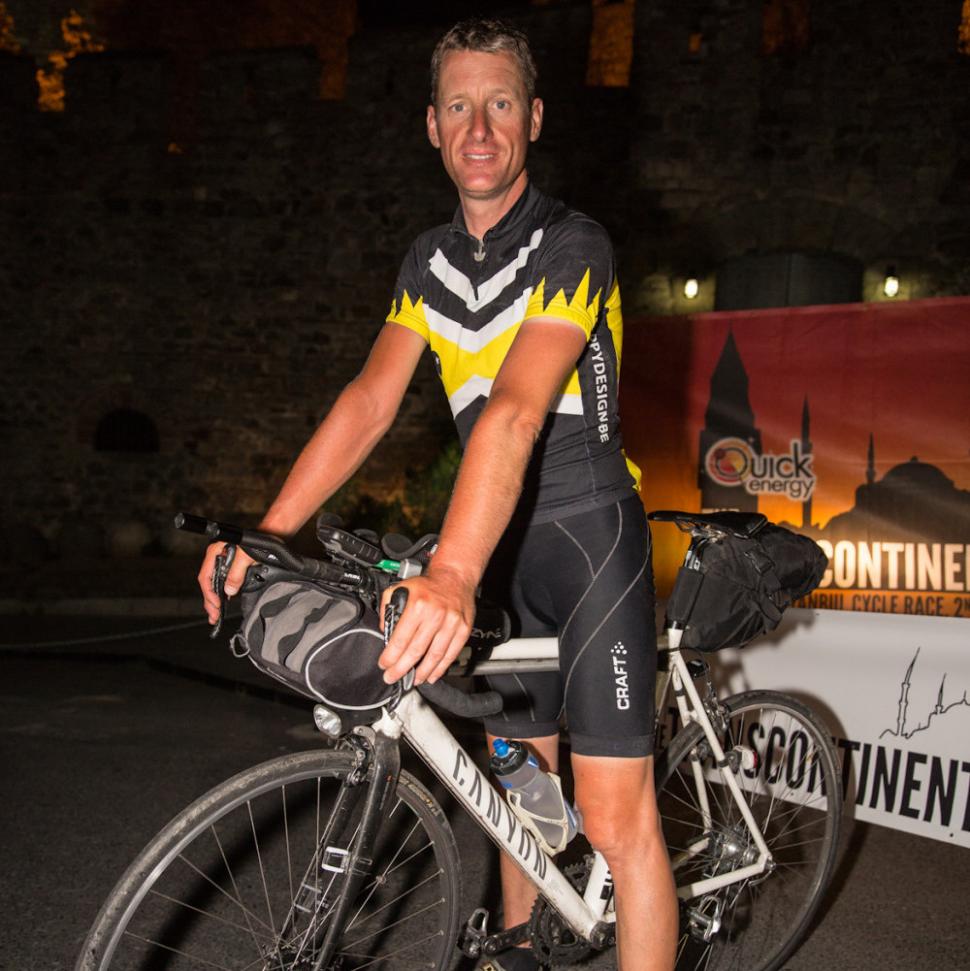 Blazing Belgian blasts to Bosphorus in just seven and a half days.
by John Stevenson

Belgian Kristof Allegaert won the Quick Energy TransContinental Race over the weekend, arriving in Istanbul at 23:45 local time, Saturday evening. He had covered the 2,980.49km (1,852 miles) from Westminster Bridge, London in just 7 days, 13 hours and 33 minutes.

Dunnett was second, a little over a day behind Allegaert in 8:16:33. Most of the difference was in the length of the two riders’ stops. They were just a few hours apart for much of the race, but Allegaert pushed on through Friday night to ride the final stretch of over 400km from Plovdiv, Bulgaria almost non-stop.

But even the best-prepared and organised TransContinental racers have last-minute hiccups. Allegaert surprised the welcoming party waiting at the the Rumeli Hisari by approaching Istanbul from the south west but arriving at the finish from the north after a last minute wrong turn resulted in one more bonus climb over the hill where Ottoman Sultan Mehmed II’s medieval fortress sits. Well, he’s Belgian and the hill’s cobbled...

The sole woman in the race, Italian round-the-world record holder Juliana Buhring is currently 13th overall on distance covered, with a little under 1000km to go.

Australian Matt Wilkins is currently in third place, 150km ahead of James Jordan and about 150km from Istanbul.

Riders in the TransContinental had to choose their own route across Europe, with only four compulsory points: the start in London, the Muur van Geraardsbergen, the Stelvio and the finish in Istanbul.

Most have elected to go through the Alps and overland, though a couple of riders chose to mix bike and ship travel, riding down the coast of Italy before taking a ferry across the Adriatic.