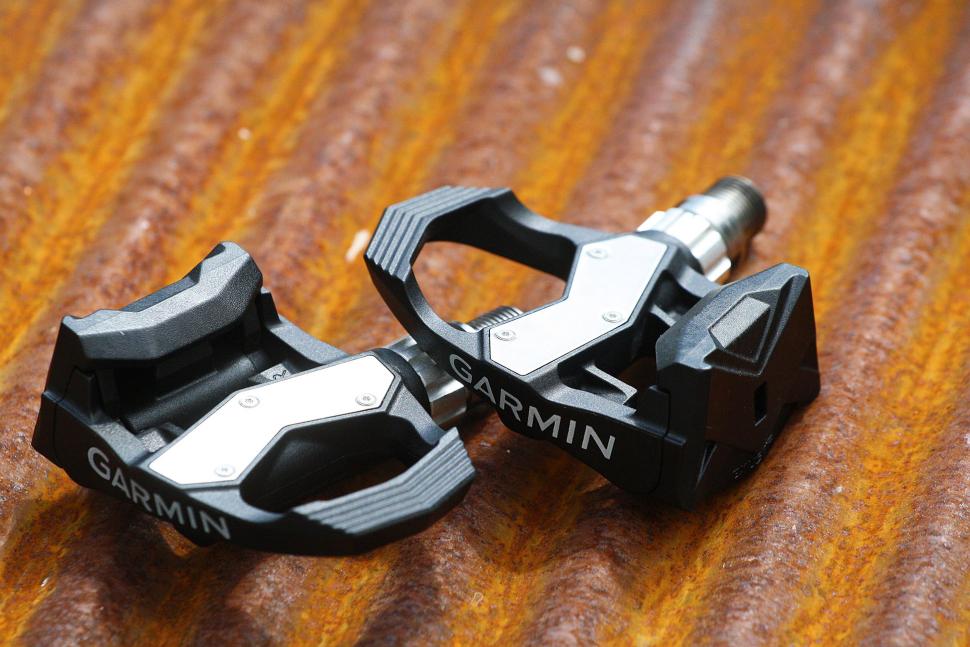 Garmin have finally released their Vector pedal-based power meter, and we have the system in for review at road.cc.

We first told you about the Vector pedals when we saw them at Eurobike 2011, nearly two years ago. Put simply, you fit the pedals and their accompanying pedal pods to your cranks, and you get power measurements displayed and recorded on your Garmin computer (or another compatible computer that uses ANT+ wireless sensor network technology).

The measurements are taken by strain gauges in the pedal axle – they measure the slight deflection of the pedal axle through the stroke – and integrated accelerometers that measure your cadence. The Vector system uses this information to calculate your power. The data is transmitted to your bike computer via the pedal pods.

Garmin had a working version back at Eurobike 2011, but they encountered problems in the manufacturing process. They could make the pedals, but not on a production scale. After putting back the release date a couple of times, Garmin eventually started to just say that the Vectors would be ready when they were ready – in a polite way, of course. We half expected the project to be shelved, but here it is.

In fact, the Vectors that are now being released are very different from those that we saw a couple of years ago.

“We’ve revisited the designs over the past two years to get us to a factory production level,” says Andy Silver, Garmin’s European Fitness Product Manager. “We’ve doubled the number of strain gauges in the spindle [or axle] from four to eight, the algorithms have changed, the pedal pod material has changed, the pedal material has changed, and the calibration processes have been improved.” It’s a complete redesign, really. We’ve had a set of Vectors only since Monday, but setting them up seems straightforward. As long as your cranks measure a maximum of 38mm x 15mm round (the vast majority) and there’s 5mm clearance between the chain in the biggest gear and the crank (again, that’s the vast majority), you should have no trouble. You just need a 15mm pedal spanner.

You fit the pedals like you would any others after first placing the pod on the pedal axle. You might have to sling a washer on there too if the threaded hole on the crank arm is recessed. Once tightened, you plug the pod’s cable into the end of the pedal axle… and that’s it as far as the pedals are concerned. “The device needs to know the precise angle at which the pedal is located in order to calculate the power accurately,” says Andy Silver. “It needs to be able to differentiate between tangential and radial force – standing force and moving force – and knowing the precise installation angle of the power helps define that information.

“You get a message on your computer telling you to pedal up to 80rpm and then, after a few seconds, a message saying that the installation angles are set.

“We also recommend that before each ride you hit the ‘calibrate’ button on your computer to take account of the ambient temperature. And you can pedal backwards five times at any point while you’re riding to remove any residual torque that’s in the system.” It really is that simple. Initial setup takes a matter of minutes, subsequent setup takes a matter of seconds. You can also perform a static torque test by hanging a weight off the pedal to double-check the calibration, but Garmin say that’s largely for user reassurance. They reckon that the Vector system, calibrated at various temperatures in the factory, is accurate to within +/-2%.

“We’ve done thousands of hours of testing the Vector system alongside SRM cranks and PowerTap hubs,” says Andy Silver. “There are sometimes slight differences in the numbers given by the three different systems but they track one another consistently.”

Your computer can display your power measurements as you ride, of course, and also give you a left/right leg balance. The Vector system captures your power output throughout the pedal revolution so it will eventually be able to show how you’re applying your power during the stroke. That’ll be added as a simple software update in 2-3 months (see below).

Garmin are now offering software updates for using the Vector pedals with their Edge 500, 510, 800 and 810 bike computers, and also with their Forerunner 910XT multisports watch. All your power data will be stored for downloading later, just like your speed, distance, navigation information and so on. 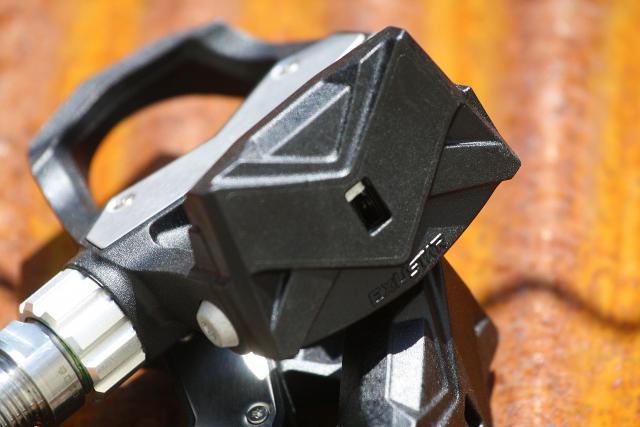 Power metrics that the Vector records include:

“We have a website specifically for Vector owners with installation videos showing people how to calibrate the units,” says Andy Silver. “There will also be an Updater app which you can download onto your PC or Mac. You just bring the pedals within 3-4m of the computer and run the app to update them.”

All the parts that are likely to wear are user replaceable – the pedal bodies, the pedal pods, the cleats – and you get a two-year warranty. That's a stainless steel wear plate across the centre of the pedal, by the way. You can also change the battery in each of the pods yourself. It's just a standard 2032 coin cell in there.

In terms of weight, here’s how the Vector system shapes up, according to the road.cc Scales of Truth:

So, you have a weight-penalty of around 100g over a pair of non-power measuring pedals. The cleats are Look Kéo-style. Garmin say that they are open to the possibility of offering pedals that work with Shimano, Time or Speedplay-style cleats in the future. The technology would allow expansion to other platforms, but they've not made decisions on subsequent pedal developments yet.

Here's Garmin's own promo video to give you the basic info...

The Vector pedal system is priced at £1,349 and will retail through 61 handpicked dealers. You’ll find a list on the Garmin and Madison websites.

When Garmin announced the Vector pedals back in 2011, the price was going to be £1,149, but the changes to the manufacturing process have pushed that up. They’re keen to point out, though, that their system is easily transferable from bike to bike – so you only have to shell-out once if you want power measurement on both a road bike and a time trial bike, for example.

Of course, a hub-based power-meter is easily swapped from bike to bike as long as you’re happy using the same rims too, and a crank-based system is transferable to some extent – but we take the point that a pedal system is highly convenient for moving between bikes.

Anyway, the merits of the various systems are a discussion for another time. We’re going to get out there and put some miles into the Vectors, and we’ll be back with a review on road.cc soon.