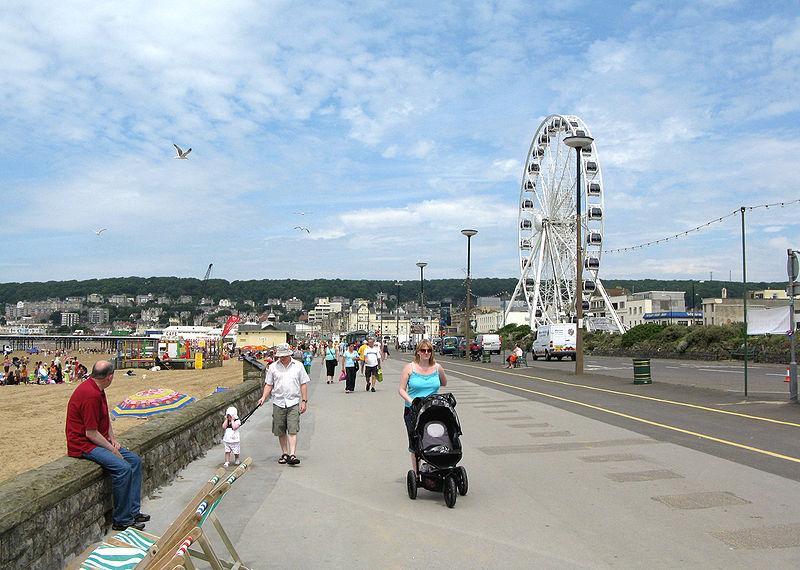 Crackdown on cyclists in Weston-super-Mare

Police in Weston-super-Mare are clamping down on 'rogue cyclists' in the town centre after receiving a number of calls from members of the public concerned about cyclists using areas reserved for pedestrians.

Officers are patrolling the High Street and surrounding areas to highlight the dangers of cycling on pavements and pedestrianised areas - and have been pleased by the response from those they have spoken to.

PCSO Nicola Barton said: "Cyclists are not allowed to ride in the High Street, as they can be a danger to other members of the public - many of which have expressed concerns on this matter.

"Our focus is on education before enforcement, so we are first giving warnings to anyone we see cycling where they shouldn't be - but those that continue to cycle recklessly and without any regard for the safety of others are liable to receive a fixed penalty notice or may even find themselves appearing at court.

"Everyone has had a really positive attitude towards the initiative and in the vast majority of cases an initial warning has been sufficient in deterring people from continuing to cycle on pavements. We have seen a really positive change in the High Street and we would like to say thank you for everyone's co-operation."

Avon and Somerset Police were praised last month after stepping up their efforts on bike crime in Bristol. Plain-clothes officers are out in force on the lookout for cycle thieves in the city. And their work was also praised by a cyclist after he was reunited with his classic Bob Jackson bike a year after it had been stolen.

Members of the londonfgss.com forum discovered the ex-Londoner’s £1,400 bike on eBay and Avon and Somerset Police recovered it the same day and even delivered it to the owner's home.

Neighbourhood PCs and Police Community Support Officers also held an event in Bristol recently offering to security-mark bicycles and give advice on cycle security and safety.