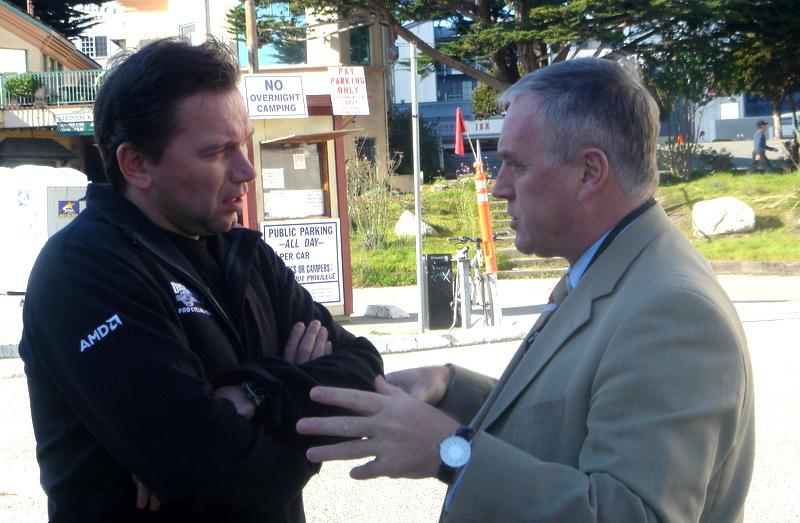 “I have not solicited this at all," says reigning UCI pres of proposed rule change...
by John Stevenson

Pat McQuaid took to RTE radio yesterday to defend himself against accusations of manipulating UCI rules in order to stand for re-election as president of cycling’s world governing body.

Earlier this year Mr McQuaid failed to gain nomination as a presidential candidate from the Irish cycling federation, his home organisation. He was then nominated by the Swiss federation, but that nomination is subject to a legal challenge.

The latest twist in the tale is that the Malaysian cycling federation has tabled a rule amendment that will allow a presidential candidate to be nominated by any two federations. If that rule change is passed at the UCI Congress on September 27, it will be made retrospective so that Mr McQuaid’s nominations from the Moroccan and Thai federations are considered valid, even though they were put up after the original closing date.

Mr McQuaid’s rival for the presidency, British Cycling’s Brian Cookson, has called this “an attempt to change the rules during the game.”

Defending his position, Mr McQuaid said: “I have three federations which have nominated me – Thailand, Swiss and Morroccans – so I have enough nominations to stand for the presidency of the UCI. You have to remember that I am in the middle of a presidency election and there are two candidates. The other side is trying to twist things to their advantage.”

Mr McQuaid denied that he had anything to do with the proposal to change the rules.

“I have not broken any rules. I have not bent any rules. Democracy is best served by having numerous candidates. If we were to follow your interpretation then I would just stand aside and let Brian Cookson walk straight into the UCI Presidency. My federations around the world would not thank me for that.”

His record as president of the UCI for the last eight years is the basis of his campaign for re-election. Mr McQuaid said that work was the reason why federations such as Morocco’s, Thailand’s and Malaysia’s had lent him their support.

“I refuse to step aside because I am standing on the work I have done in the past eight years and the globalisation of the sport is completely changed.

He denied that seeking nomination from federations other than Ireland was a breach of the UCI Constitution, Article 51.1 of which says: “The candidates for the presidency shall be nominated by the federation of the candidate.”

Mr McQuaid said: “It states that any federation can nominate one of its members to be a candidate for the presidency or for the management committee of the UCI.

“It doesn’t state anywhere that any person cannot be a member of several federations as indeed I am.”

You can listen to the whole interview on the RTE website.