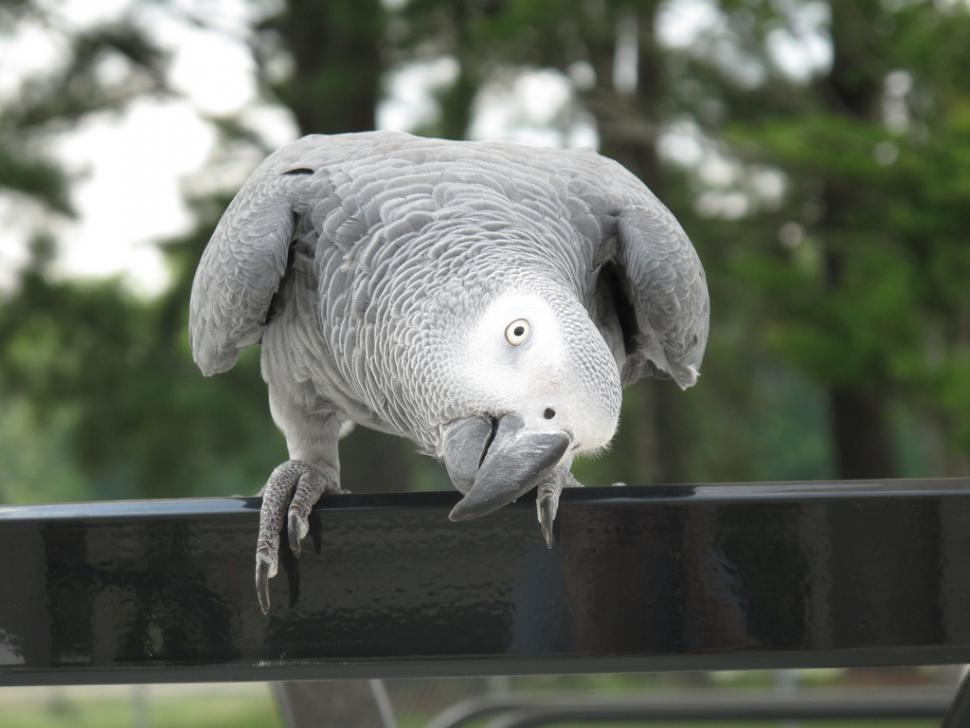 Bereft of life...
by John Stevenson

The first bike casualty of the summer heat is an African Grey parrot who was found dead on an East Yorkshire beach after flying away from his owner as the two rode along the cliffs at Hornsea last week.

Floyd the parrot was on a weekend trip to the seaside with his owner John Morgan. He was perched on John’s shoulder when he unexpectedly took off and headed for the beach.

John spent several days searching for Floyd to no avail. On Saturday Humberside police called him to say that a dead parrot had been found on the beach at Hornsea.

John told the Hull Daily Mail: “I’ve no doubt Floyd would have died from dehydration. Parrots are used to the heat, but they need a good supply of fresh water. Floyd had fresh water twice a day.”

For nine years, John and Floyd had been constant companions.

“Floyd used to stay put when I put him on my shoulder,” he said. “He never flew off. He was like a child. A companion, night and day.”

John was not worried when Floyd initially went missing.

He said: “I was cycling along with Floyd on my shoulder. Something spooked him. He made straight for the beach. As far as I could see, nothing could have hurt him, so I wasn’t really that concerned at that point.

“I cycled back to the caravan to fetch a lock so I could lock my bike up while I looked for him. I also needed to change into a pair of boots.

“I called his name and Floyd came straight back. I gave him a good talking to and he said, ‘Come on, let’s do the washing-up’ – that was the last thing Floyd said to me.

“For no apparent reason, he just took off again and headed for the cliffs.”

John searched the cliffs thoroughly, even poking a stick into cavities in case the parrot had crawled in, and using a rope to climb down.

“I searched high and low but there was just no sign of him,” he said.

While it’s sadly hard for an African Grey parrot to order a glass of ice water in a pub, preventing dehydration and its associated discomfort is fairly easy for cyclists.

“Drink when you feel thirsty,” says coach Dave Smith of ffflow.com. “Thirst is the biggest symptom of dehydration. A sticker on your stem can act as a reminder.”

We’ve recently been experimenting with carrying an insulated second bottle, full of ice cubes, along with a first bottle with iced water. Because they are surrounded by air, the cubes in the insulated bottle melt very slowly, so they are there to chill your water when you stop to fill your second bottle.