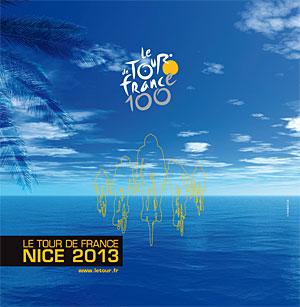 Orica-GreenEdge's maiden Tour de France last year may have been disappointing, but they're the talk of this year's Tour - first with the bus getting stuck on the finish line of Saturday's Stage 1, and now with Simon Gerrans following up yesterday's individual stage win with taking the maillot jaune today as the Australian WorldTour outfit won the team time trial in Nice. Here's some of the reaction from the men involved:

“This is a dream come true, it really is. Yesterday I was able to win the stage off the back of a fantastic team effort and today we really showed how close we are as a team with how well we worked together. At the end of the day we come out with this stage win and, to top it all off, this yellow jersey. It doesn't get much better than that.

“One thing I said last night when I was thanking all the guys for their help was that the big thing I achieved yesterday was that I opened the floodgates; I got that first win [at the Tour de France] under the belt for Orica-GreenEdge and I think the first one is always the hardest one to get. I was sure they were going to come thick and fast after that but never in our wildest dreams did we think it would come already today.

“I don't think there was one particular point on the course where we won today or one particular thing that we did but we just worked fantastically together as a team. We're such a close group of guys – we're all such good friends – and I think that really shows in a teams time trial. Everyone was really committed to it and gave one-hundred per cent and it came out in the results.

“We're getting plenty of press during this Tour de France and for the right reasons now too, it's just a fantastic feeling. The team owner, Gerry Ryan, is here in France with us and maybe he'll buy us a bottle of Champagne or two.”

Matt White, who returned to his position as sports director at Orica-GreenEdge last month

“The order for the race today was: Cam Meyer, Svein Tuft, Brett Lancaster, Daryl Impey, Stuart O'Grady, Simon Gerrans, Simon Clarke, Michael Albasini and Matt Goss. Basically the plan was to keep all our big strong guys together to keep the speed long and constant and then the smaller, punchy guys rolled through with short turns and got out of their.

"Svein was on a ripper today! And so was Stuey but these races are not won by one or two guys, they're won by all of them and the consistency of the speed throughout the race."

Matt Goss, one of the nine members of the Orica-GreenEdge team today, looking forward to some sprinter friendly stages in the days ahead...

“Yesterday's win opened up the floodgates and there's no better way to back it up than by doing what we've done today. It's very special to stand up there on the podium with all nine guys and all get presented together.

"I remember in Tirreno-Adriatico when we won there [in a team time trial] it was our first win in Europe and it's such a special feeling for the team with the whole team up there. Even when you win a big race by yourself it's achieved thanks to the work of the whole team and this is one event that really showcases that.

“I've got some big shoes to fill now after Simon has done what he has these past two stages, but the pressure is off the team now. We got so close to a win last year so many times that it was frustrating for myself but hopefully this run of success will make things come a little easier. I'm confident in my form and my condition so let's bring on the next few days.”

Nothing makes us smile more than watching the riders and staff from a team react to a win, and Orica-Greenedge's Backstage Pass video for stage 4 is understandably stuffed with celebration:

Here's the Humans Invent podcast with Richard Moore, Daniel Friebe and LionelBirnie for stage four half hour, with reaction to the stage and an interview with Chris Froome.