A year after its release, the Trek Madone 6 and 7 Series has been put on a diet
by David Arthur @davearthur

Trek launched the radically redesigned Madone 6 and 7 Series only a year ago, with aero profiled tubes and a new brake design, but they’ve now made both lighter. An improved carbon fibre layup has dropped the weight down to 725g. 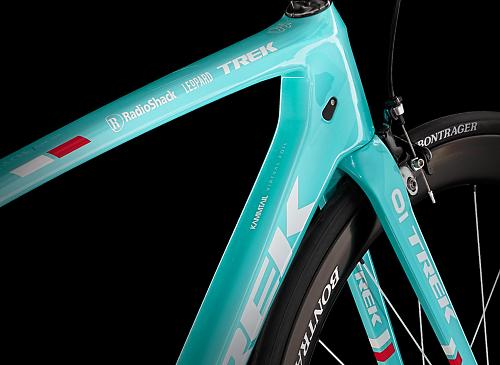 Visually, the frame appears identical. There’s the same Kammtail Virtual Foil tube shaping on the frame, a truncated airfoil profile first seen on their Speed Concept time trial bike. The changes have happened under the surface though, as Trek have refined the carbon fibre layup schedule, managing to reduce the weight by 25g compared to the outgoing model. It’s a very small weight drop but a weight drop nonetheless. 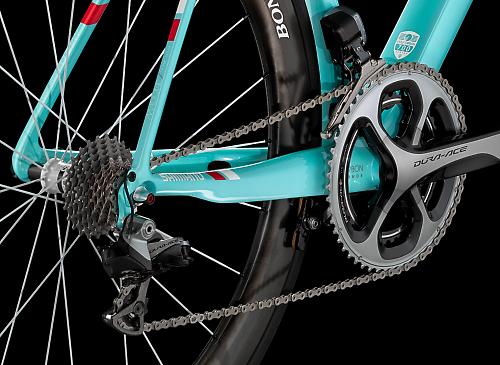 A significant change is seen in the chainstays. Before they were slender, tapered tubes. The new frame has much enlarged profile chainstays, with a noticeable bulge along their length. This will be to increase the stiffness in the frame and increase power transfer efficiency. Trek brought in a completely new brake design on the Madone last year, and it remains on this updated model. Most obvious is the location of the rear brake on the underside of the chainstays, just behind the bottom bracket shell. This leaves the seat stays free of a brake bridge, so less material is needed. 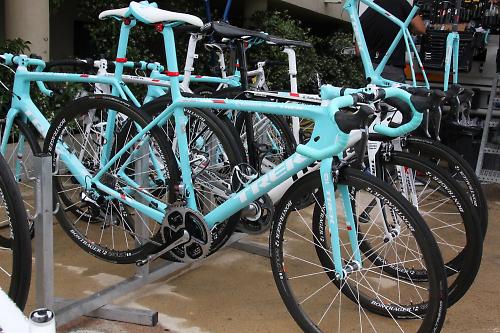 Radioshack-Leopard will ride the 7 Series in the Tour de France dressed up in a very bold ‘Leopard Blue’ paint scheme. Interestingly, this colour scheme is already available to buy through their Project One custom paint shop, so you could get your hands on one already if you wanted. You’d think team leader Andy Schleck would be on the Madone, but it in fact appears he might actually be riding the Domane, as we saw his bike being prepared ahead of the first stage in Corsica. It could be he has both bikes his disposal, and will use either depending on the stages. As usual, the team are running Shimano Dura-Ace Di2 9070 11-speed groupsets. They roll on Bontrager carbon tubular deep-section wheels with Bonty tyres. Finishing kit - that's stem, bars, and saddle - are all from the Bontrager stable too.

You can read our review of the previous Madone 6 Series here.