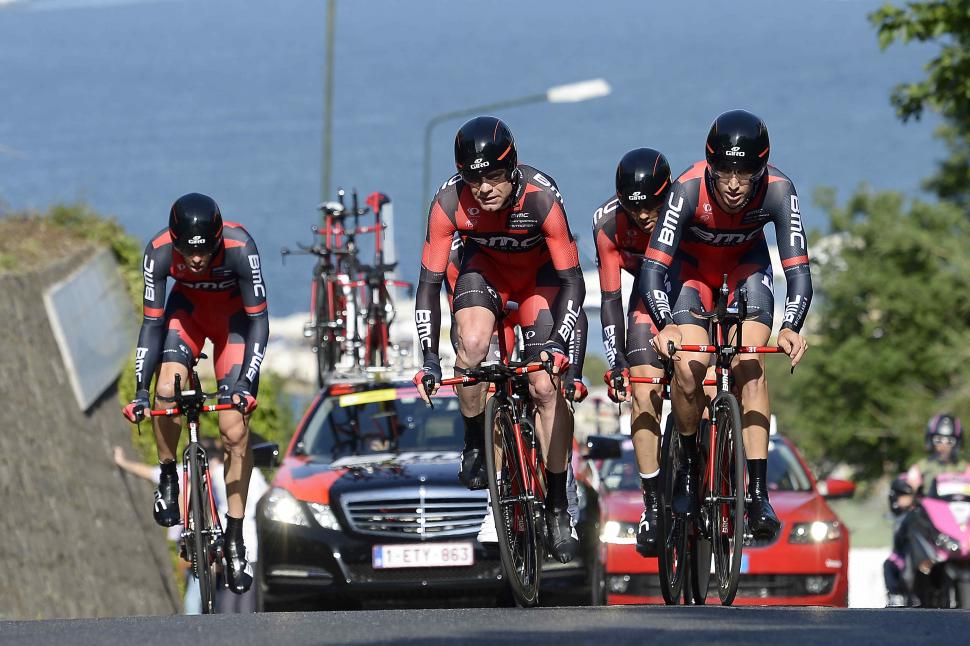 BMC Racing has confirmed that it has hired former Team Sky race coach Bobby Julich as a consultant, in a move that could lead to a permanent position with the US-registered team. The 41-year-old Julich, who is credited with having helped turn Chris Froome into a genuine Grand Tour contender – Froome himself has been the subject of a rumoured move to BMC in recent days – left Team Sky in October after admitting doping during his racing career.

According to BMC, Julich will work closely with the team’s performance manager, Allan Peiper. Team manager Jim Ochowicz, who Julich rode for at Motorola in the mid-1990s, said: "We are excited to have Bobby join our performance team and look forward to working with him."

Peiper, who joined BMC from Garmin last year, noted that Julich’s experience would prove invaluable at a critical point in the season, saying: "I am really excited with Bobby's involvement and his ideas on coaching and on the streamlining of our training department."

Julich commented: "I love the sport of cycling and feel I have a lot to offer," he said. "I'm really happy and excited the BMC Racing Team is giving me an opportunity to pass my experience along."

The American was the first member of Team Sky’s staff to leave after it asked all personnel to formally reaffirm their commitment to its zero-tolerance anti-doping policy in the wake of the United States Anti Doping Agency’s publication of its reasoned decision in the Lance Armstrong case last October.

Julich had been identified as the ex-Motorola rider George Hincapie named in his affidavit to USADA. The agency had redacted his name, but there were enough clues – hit team, nationality, residence in Como that he shared with several other riders and a strong showing in the 1996 Vuelta, where Julich placed ninth overall – for his identity to be guessed at.

At the time of his departure from Sky, team principal Sir Dave Brailsford said: “Bobby has shown courage in admitting to the errors he made long before his time with Team Sky. We understand that this is a difficult step for him and we’ve done our best to support him.

“It’s important to emphasise that there have been no doubts about his work with us or his approach as a coach,” added Brailsford.

Julich, once seen as a potential Tour de France winner himself – he finished third behind to Marco Pantani and Jan Ullrich in 1998 – worked particularly closely with Froome after joining Team Sky from Saxo Bank in November 2010, his one-on-one coaching with the rider helping him emerge as a GC contender in the following year’s Vuelta, where he finished second to Juan Jose Cobo.

Many believe that Froome, who spent a day in the leader’s jersey at the 2011 Vuelta following the Stage 10 individual time trial but lost it after team orders required him to ride in support of Bradley Wiggins, would have won the overall had he had the full support of Team Sky behind him.

While Brailsford has insisted that Froome is Sky’s designated leader during this year’s Tour de France, any perceived threat to his leadership from Wiggins could see him heading for the door – and with his name already linked to BMC, the presence there of Julich could prove too tempting to resist.

Julich's move to BMC is also bound to give the US team an insight into the inner workings of its rival outfit. Currently, the teams both have riders challenging for the overall win at the Giro d'Italia, with BMC's Cadel Evans lying second overall and Team Sky's Wiggins, the man who last summer succeeded the Australian as Tour de France champion, fourth.