The Giro d’Italia is fast approaching so we reckon it’s a good time to tell you about this official tribute jersey to three-time Giro winner Fiorenzo Magni, which is available from Dorset-based clothing retailer Prendas now, in time to wear while you’re watching the race.

Made by Santini - who are also making the Paul Smith designed Maglia Rosa that Bradley Wiggins will be hope to wear on the last stage of the race - it’s from their Wool Heritage range and uses a 33% wool and 67% polyester fabric. 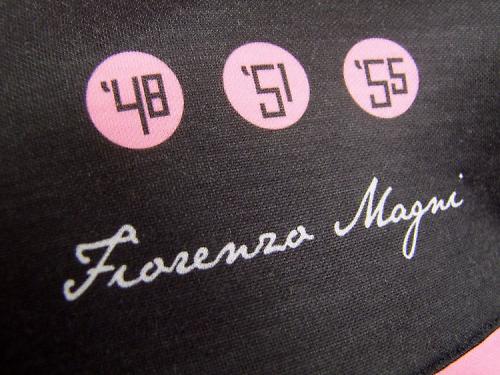 Fiorenzo Magni sadly passed away last year and this is the Italian clothing company’s homage to his extraordinary feats. As befits such a jersey, it has a distinctive retro style with simple colours, ribbed collar and three rear pockets with metal button closures. The years - 1948, 1951 and 1955 - are printed in circles on the chest above his name, and at the back of the neck. It is, of course, made in Italy. 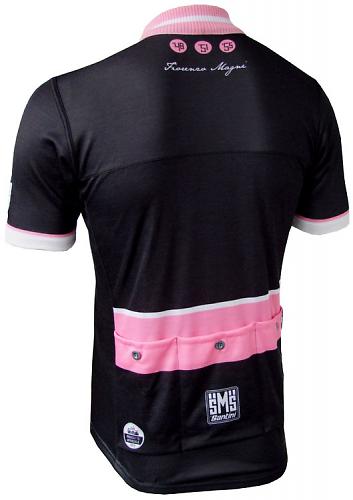 Magni’s feats are even more impressive because he achieved three victories despite the fierce battle of Fausto Coppi and Gino Bartali, who won the race five and three times respectively. It’s well known that racing cyclists are a hardy bunch, something  Magni proved when, during the 1956 Giro, he crashed, breaking his left clavicle. This would lead to one of the most iconic photos in cycling, an inner tube clasped between his teeth and attached to the handlebars, to help him steer the bicycle. 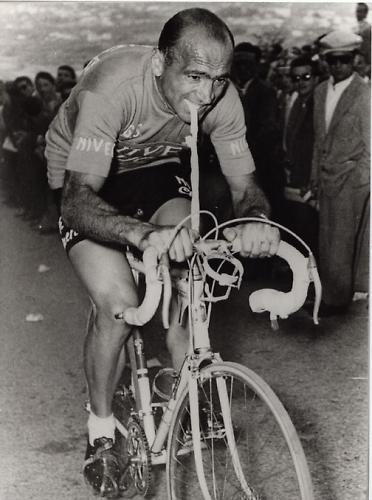 Magni wasn't without his controversy though. He as banned from cycling in 1946 and went on trial, and was acquitted, of being among those responsible for the massacre of Valibona in Tuscany during the Second World War. While he denied any part in the killings, he did admit to being part of the fascist militia.

In his later years, Magni would go on to run a successful car dealership in Monza near Milan, as well as being closely involved with the development of the Madonna del Ghisallo cycling museum. You can read much more about Magni in this article. 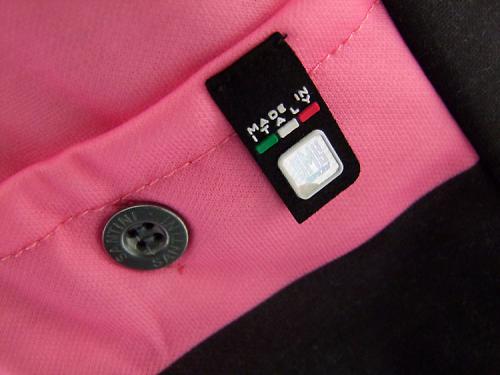 This all sounds like a fine reason to sport this special jersey. And it’s available now, with 10 sizes to choose from, XS to 6XL. Head on over to www.prendas.co.uk.

We recently brought you news of the Rapha + Paul Smith Black Jersey, designed to celebrate the Giro d’Italia’s forgotten maglia nera last rider jersey. So plenty of choice for Giro fans to show their love for the race. 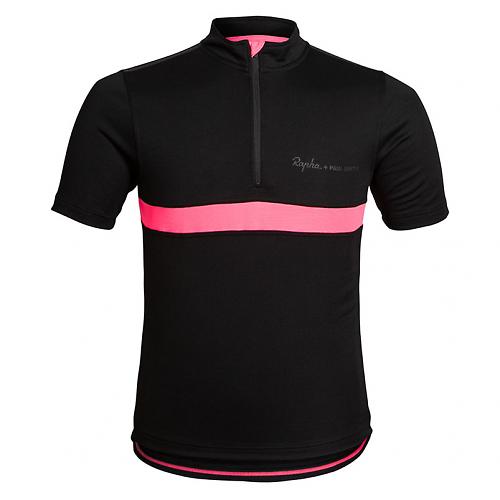