Spin Up In A Brewery

Spin Up In A Brewery returns for 2013

Kinesis, Morvélo and Dark Star organize another Spin Up In A Brewery
by VecchioJo

After a sell out first year the combined forces of Kinesis Bikes, Morvélo Bicycle Apparel and the Dark Star Brew Co have decided to do it all again and the Spin Up In A Brewery will return on Saturday 25th May 2013 for a second fun filled bout of riding, drinking and eating. Described by Dom Mason of Kinesis as “a kind of carnage where racing, beer, fierce competition and fun comes together” the Spin Up is set to be bigger and better in its second year. This time the event is taking over more of the Dark Star brewery in Partridge Green, West Sussex, and there’s more things going on to keep riders occupied if or when they’re not roller-racing. 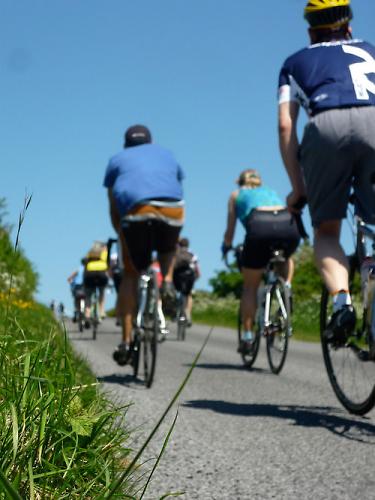 The Spin Up itself starts at 1pm but there are road and off-road rides out across the beautiful South Downs to the brewery to work up a bit of a thirst, the rides start on Brighton seafront at 11am and there’s even a van to ferry your bag of clean clothes so you won’t offend others when you arrive at the brewery. The event wraps up at 8pm with an optional coach ride home or, as it'll be sunny and warm, it will be as dry and sunny and warm as it was last year, it will, it will be, a lovely ride back along the tops of the Downs. Once there there’s a whole afternoon of roller-racing hosted by South Coast Sprints with heats for kids too. Prizes totaling over £2,000 will be handed out, and not just to the fast people, spot prizes and mini competitions will be held throughout the day to make sure that everyone will have a chance of coming away with something, and not just a full stomach. Whilst not racing there will be plenty of Darkstar Beer to sample, obviously, and a BBQ. But it won’t be just any old BBQ cooking on some rusty barrel with a bored work experience boy flipping the burgers. The 2013 Spin Up BBQ will be masterminded by Andy Annat, 3 times UK BBQ Champion and World BBQ finalist. Who knew there was a BBQ World Champs? Does the apron have rainbow bands on it? This could be your chance to have these questions, and more, answered. Further entertainment will be provided by Bike Drums, yes, a bike with drums on it by Puncture Kit and music by Grizzly and the Grasshoppers, and if that wasn’t enough there will be a large cycling expo area with lots of bargains to be snaffled. Entry to the event costs £7 with the option of the coach trip back to the centre of Brighton with your bike costing another fiver for those wary of tipsy pedaling, each ticket comes with a free pint of beer and 15% discount off Morvélo clothing.