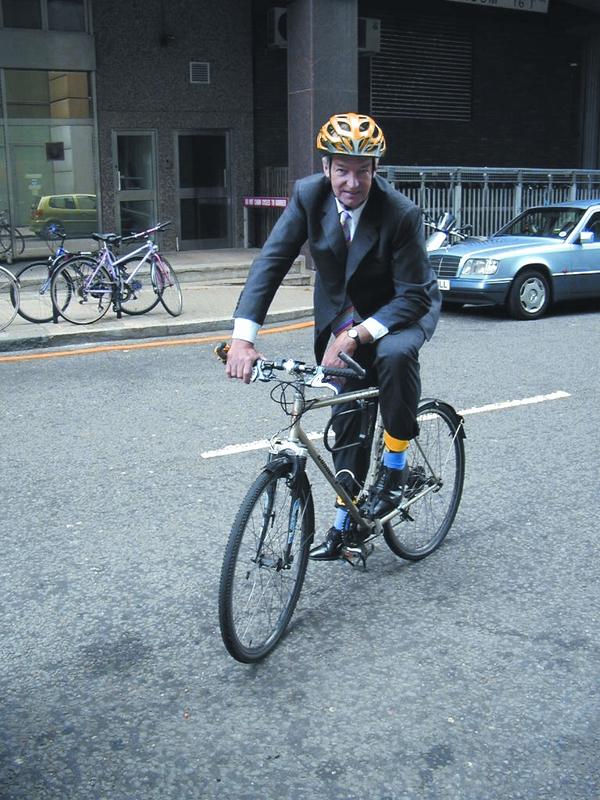 Back to public transport for CTC chairman
by Simon_MacMichael

Jon Snow, the Channel 4 newsreader who is also president of the CTC, has found himself in the headlines after revealing on his blog that his bike has been stolen. The news of the theft has sparked a wave of retweets on Twitter and posts on web forums, with the promise of a £250 reward, but so far to no avail.

Snow, who confesses to riding “everywhere” is now having to get to grips with London’s public transport network and says that he is “horrified at the cost of taxis”.

The bike is a three-year-old made-to-measure titanium-framed silver hybrid from Condor, whose shop is within yards of the Channel 4 News studio on London’s Gray’s Inn Road. It was stolen from outside Snow’s home, where it was parked within a locked outer door. The police have, rather helpfully, advised Snow to “try eBay or Gumtree”.

Snow described the bike as “an organic extension of myself”, adding that “I know its foibles and it knows mine – we get along”. And while his insurers have confirmed that they’ll cough up for a replacement, the newsreader insists that’s beside the point, saying “I’ll get another but that’s not the issue. I miss THAT one”.

Any cyclist who has ever had their bike nicked can empathise with that sentiment. But while the rest of us might, in similar circumstances, be busy fashioning voodoo dolls of bike thieves in an effort to get our own back, Snow takes a more conciliatory tone.

“I hope who ever took it, if they don’t give it back, keeps it and treasures it as much as I did. If they do, I won’t begrudge them”.