These are 3T’s brand new Mercurio 40mm carbon tubular wheels, which represent the Italian company’s debut into the wheel sector. The company, once known as 3TTT (Tecnologia del Tubo Torinese), is well regarded for their components - handlebars, stems, seatposts - which have been ridden to many race victories, but it's taken them a while to add wheels to their portfolio. That all changed when in 2011 they launched a unique wheelset. And now they're finally shipping,  we have a set freshly arrived in the office to play with.

The range consists of the Accelero, a carbon/aluminium clincher with two rim depths, and the all-carbon tubular Mercurio, available in three sizes, 80, 60 and 40mm. We have the latter here. It pairs an all-carbon rim with aluminium hubs and Sapim CX-Ray bladed spokes for a complete weight of just 1250g. With these wheels they’re aiming to take on the fastest wheels currently available from the likes of Zipp and others. They reckon their rim profile produces better aero results through a wider range of yaw angles - the angle the wind is hitting the rim. It’s actually a 43mm rim and like most of the modern crop of aero rims, it has a fatter, 23mm in this case, rim profile. It's also rounded rather than a V-section like most of the modern aero wheels released in recent years. They're not as wide as the Bontrager Aeolus 3 D3 wheels with their 35mm deep and 27mm wide rims, which we tested last year, so it will be interesting to see how they compare.

A look at these photos reveals there's something strange going on with the rim and spoke interface.The spokes slot into little recesses, moulded spoke pockets, in the rim. This moves the weight of the nipple to the hub, which reduces the inertia making for a quicker accelerating wheel. That’s the theory, anyway. 3T are confident also that the pockets have no ill-effects on the aero performance. 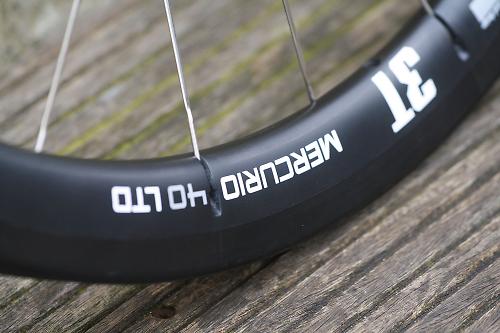 The spoke recesses are moulded at the layup stage, they aren’t cut out or anything crude like that. It’s a design that avoids any drilling of the rim, something 3T were keen to avoid. It’s generally regarded not as not a good idea to drill carbon, and this design neatly avoids it. They’re very neatly finished, the level of construction is very high. They've clearly been some years in development and they haven't rushed them to market, so let's hope 3T have used that time to really hone them.

Braking is often where carbon rims struggle, with restricted performance especially in wet conditions. 3T reckon they’ve cracked it with a technology derived from Formula 1. The brake track has a surfacing veil that is extremely tough and smooth - 3T don’t give much away about the specifics of the braking track - that in their own tests performed in wet and dry conditions and coped with 200°C temperatures. They come with custom SwissStop brake pads. I'll be keen to see how this interesting development stacks up when I get them out on the road for testing. 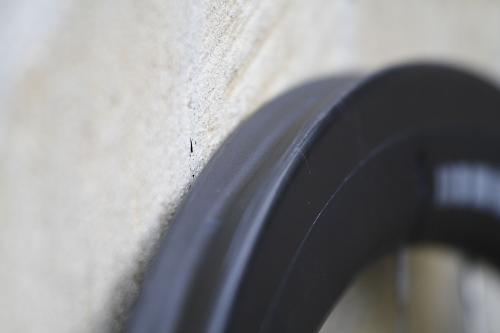 The bladed spokes exit the rim and are laced to 3T’s own and very unique looking hubs. The front hub has a very slender central shell with tall rounded flanges, while there's a very tall flange on the driveside of the rear hub. This is to create a wider bracing angle for the spokes which are two cross. They’re radial on the non-driveside and the same on the front wheel. Inside are sealed bearings, and if you’re feeling flush you can specify CeramicSpeed ceramic bearings for a bit extra of your hard earned.

A handy feature if you want to swap between different groupsets is the freehub design that is compatible with Shimano, SRAM and Campagnolo, 10- or 11-speed. There’s no changes necessary, the splines fit both. As someone who tests many bikes with different groupsets, this is something of a bonus. It’s clear they’re aiming to make a considerable impact with these wheels. And first impressions out of the box are very good indeed. They have a high quality finish and feel, impressive weight on the scales, and if they ride as good as the aero theories suggest they should do, they could be a seriously competitive wheelset for 2013. 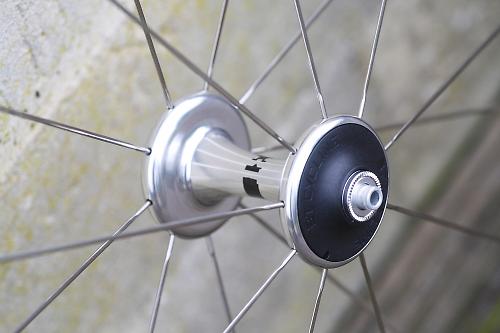 Let’s not forget, 3T know a thing or two about aerodynamics. In 1984 when aero cycle components were in their infancy they developed a special ‘bullhorn’ handlebar which Francesco Moser used to break the world hour record.